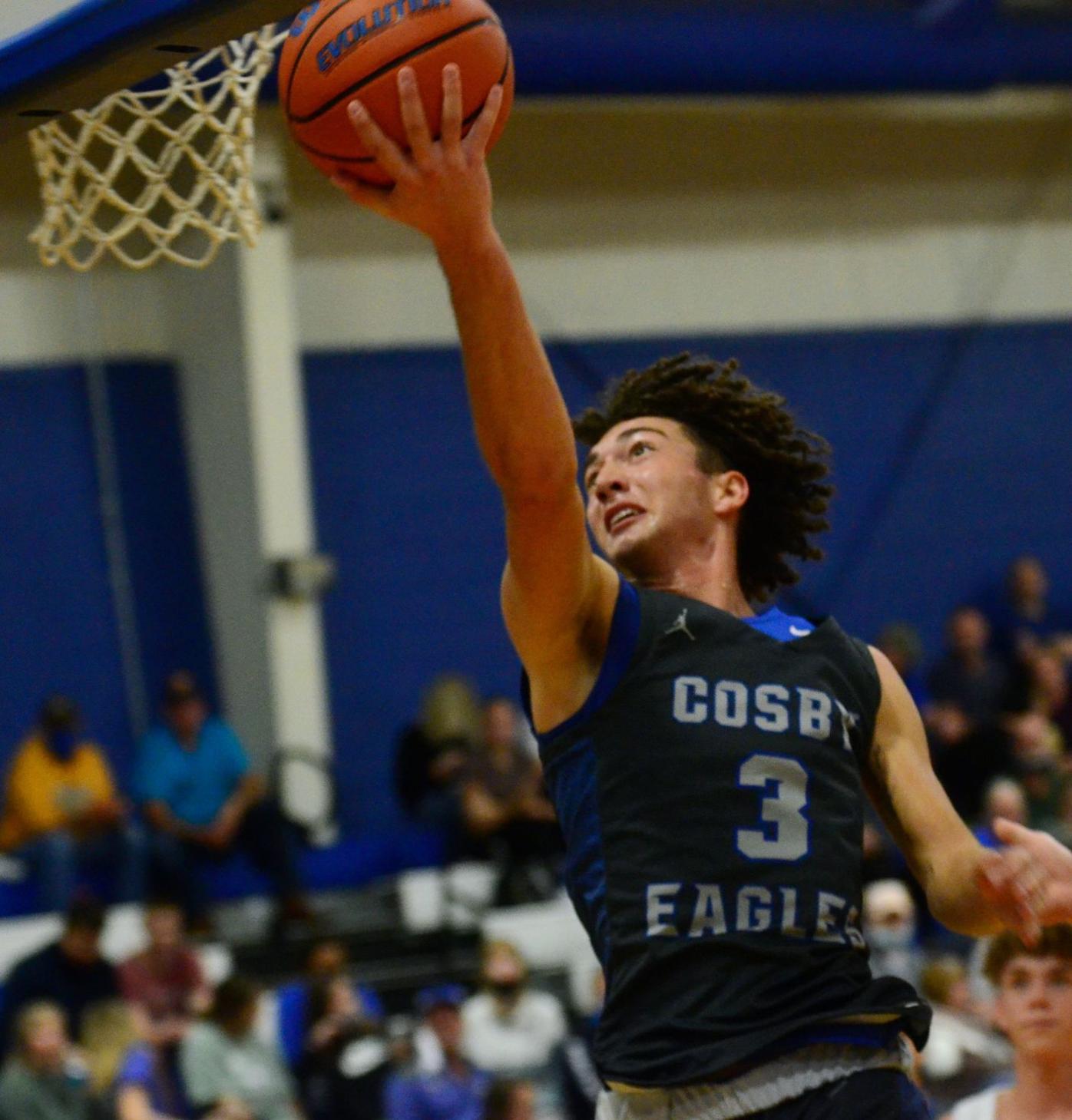 FILE — Trey Johnson gets to the rim during Cosby’s Moonlight Madness event on Friday, Nov. 13, 2020. 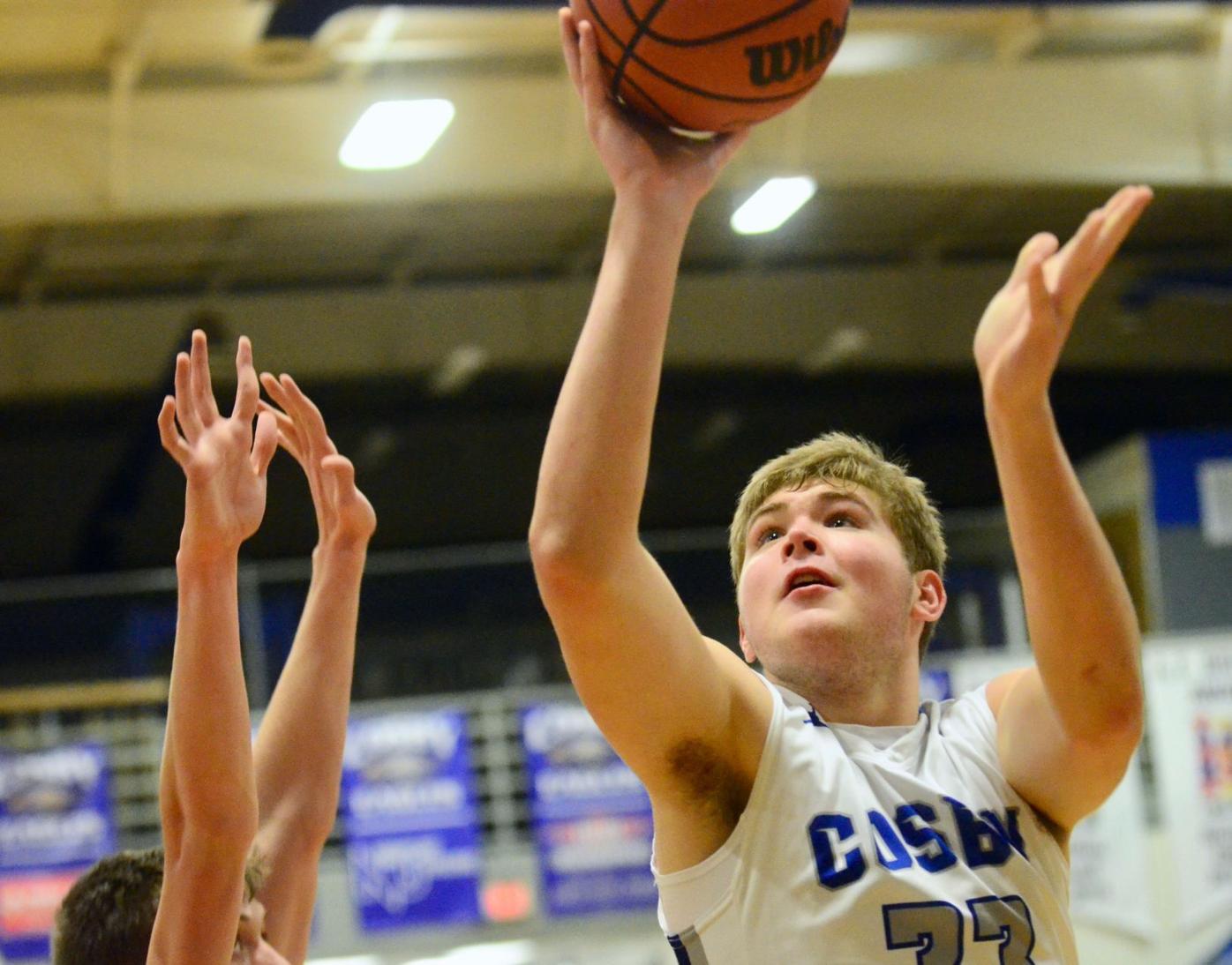 FILE — Cosby’s Riley Galler puts up a shot on the low block during a victory over Unaka last season.

FILE — Trey Johnson gets to the rim during Cosby’s Moonlight Madness event on Friday, Nov. 13, 2020.

FILE — Cosby’s Riley Galler puts up a shot on the low block during a victory over Unaka last season.

COSBY—After finishing the 2019-20 season at 24-10, the Cosby Eagles were poised to for a resurgence run under second-year coach, Kurt Brooks.

Coming into the game the Eagles were outsized all around. and would have their hands full for four quarters.

“Before the game I told Riley (Galler) that he’s going to have to play big tonight. We took it upon ourselves as a team to help him and others out," Brooks said. "They beat us on the boards, (JCHS) had a few big offensive boards. That’s something we have to get back on the drawing board but we have to continue to crash the boards.”

In a game put together just days in advance, the Eagles went toe-to-toe with one of the better Class AAA teams in east Tennessee, but ultimately came up short in the end. The Jefferson County Patriots would survive down the stretch with a 60-57 win on The Hill to start the season.

For Cosby (0-1) to be a Class A school with a small fraction of the size the Patriots (1-0) enjoy, it gave the Class AAA out of Dumplin Valley all it could handle.

The Patriots went on a 5-0 run to start the first quarter, led by Jacob Thompson and Kobe Parker.

Thompson led the Patriots in scoring on the night with 18 points and added a trio of 3-pointers in the win.

Cosby halted the run by the Patriots with a Hunter Workman pass to Shaydan Odell for two points to spark some life for the Eagles.

Trey Johnson would add four of his game-high 23 points to bring the Eagles within four just as the first quarter ended.

Cosby battled back and forth with the Patriots, with Johnson and Noah Bowman trading buckets for both sides.

The Eagles claimed their first lead of the night with a Johnson layup, but could only add five points to the board as the Patriots jumped out to a 32-24 lead heading into the half.

Riley Galler dominated under the basket for Cosby in the second half. Despite missing a pair of free-throws, he remained a perfect 6-for-6 from the field throughout the third quarter to keep pace with Jefferson County.

Galler added 18 points and came up with a few clutch rebounds near the end of the game in the loss.

The Eagles, behind Galler and a Paxton Coggins 3-pointers, jumped out to a 42-38 lead before the Patriots led by Conner Haney ended their 11-4 run.

“Paxton did exactly what we needed from him. He came out of the zone and stretched the defense out and hit some big threes for us," Brooks said. “Galler gave us a perfect four minutes there in early in the second half. Riley plays strong, but he needs to finish and that’s something he has struggled with over the years. If he does that, I think we’ll get a lot out of him this year.”

Johnson is looked upon to be the leader of the team and he showed it in the fourth quarter.

“I thought Trey outside the first minutes got out of his shell later on," Brooks said. "I told him that he needed to get to the free throw line more. We talked about attacking the rim more, getting to the lie and attacking the basket.”

Johnson hit back-to-back treys to extend the Cosby lead to 51-47 in the closing minutes.

However, the Eagles had no response for Thompson.

Thompson drilled two free-throws to tie the game at 51-all for both teams, and the Patriots never looked back as a few late buckets from Elijah Metcalf secured the win for Jefferson County.

“We are a single A school, but there’s a reason why we schedule guys like Jefferson County," Brooks said. "We can learn a lot of things from this team. I’m very proud of the boys tonight.

“I knew coming in we would have some bumps. We’re really young. We have guys coming off the bench that have never played minutes, and we got some guys who have played minutes on the bench. I believe that once the season progresses we’ll be a great team.”