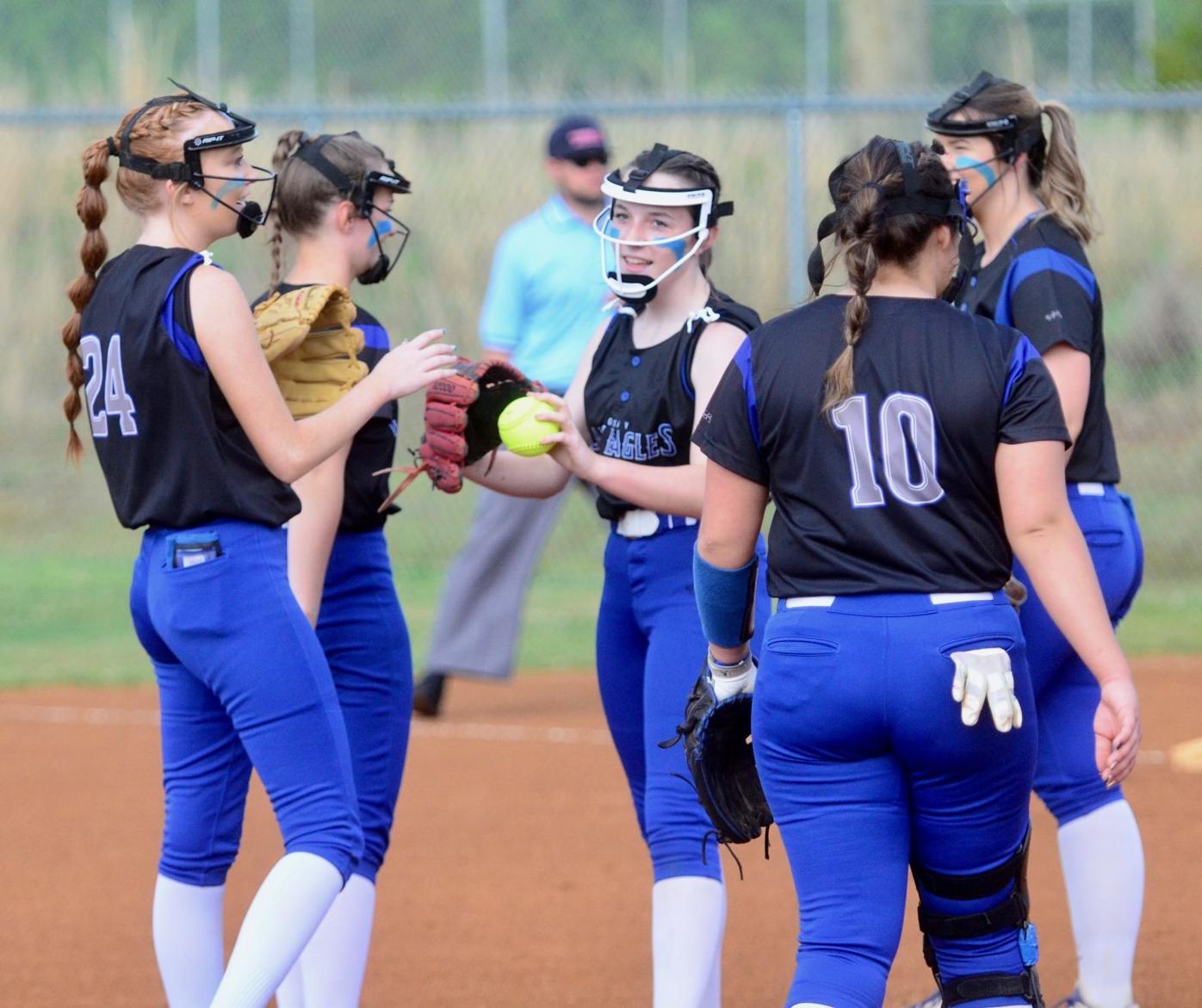 Cosby’s infield celebrates after an early out during Monday’s 10-3 victory over Northview Academy. 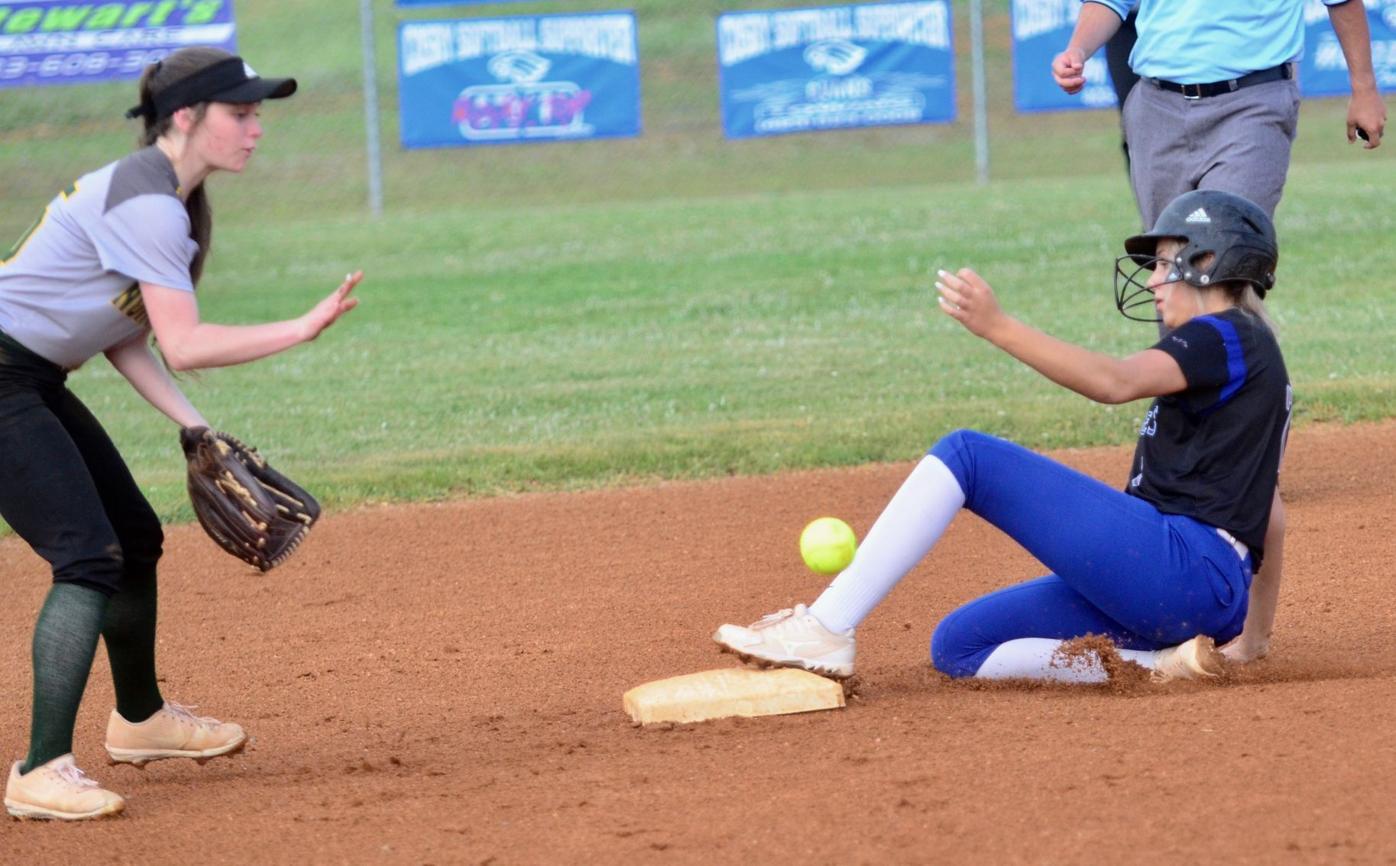 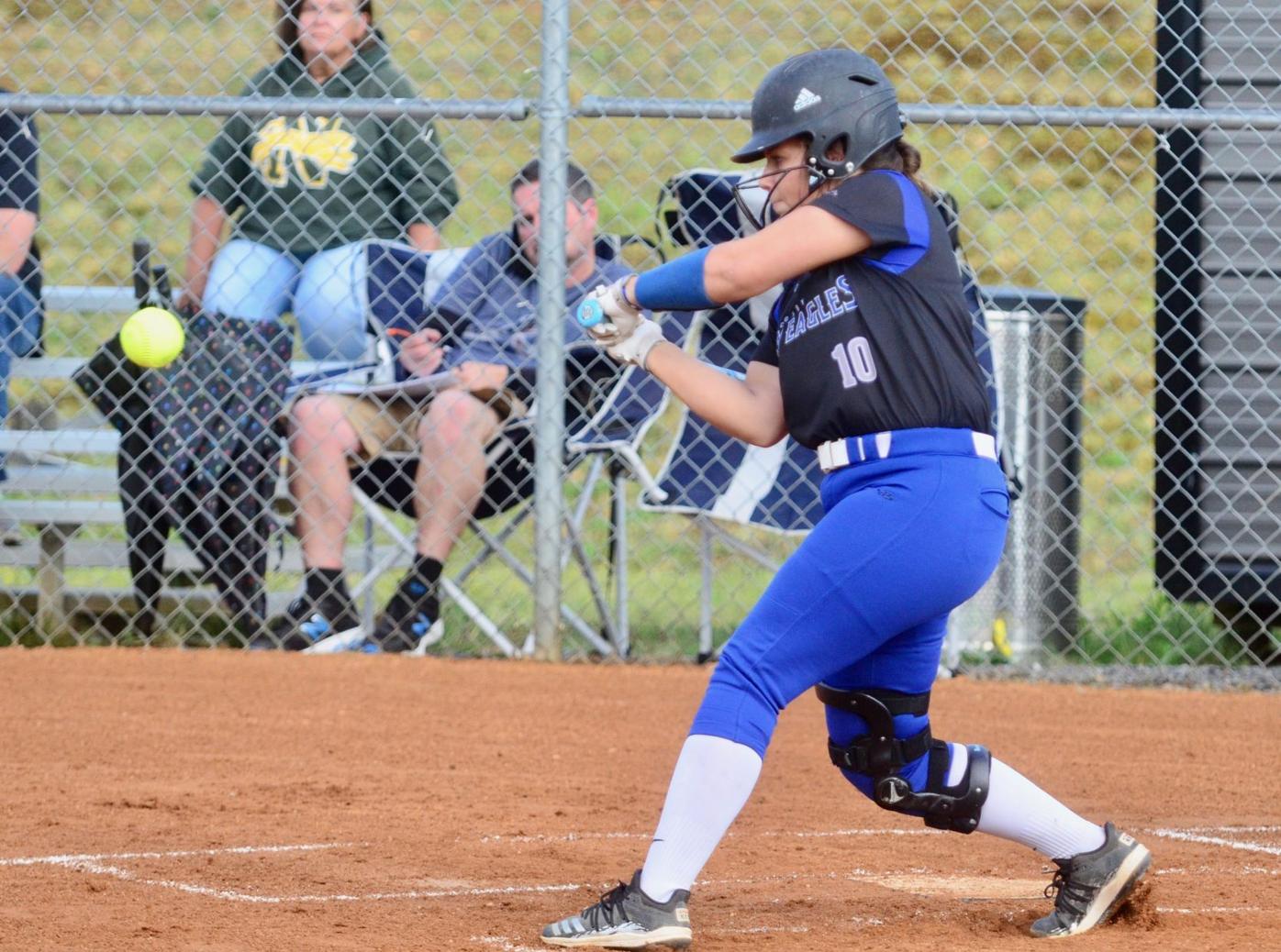 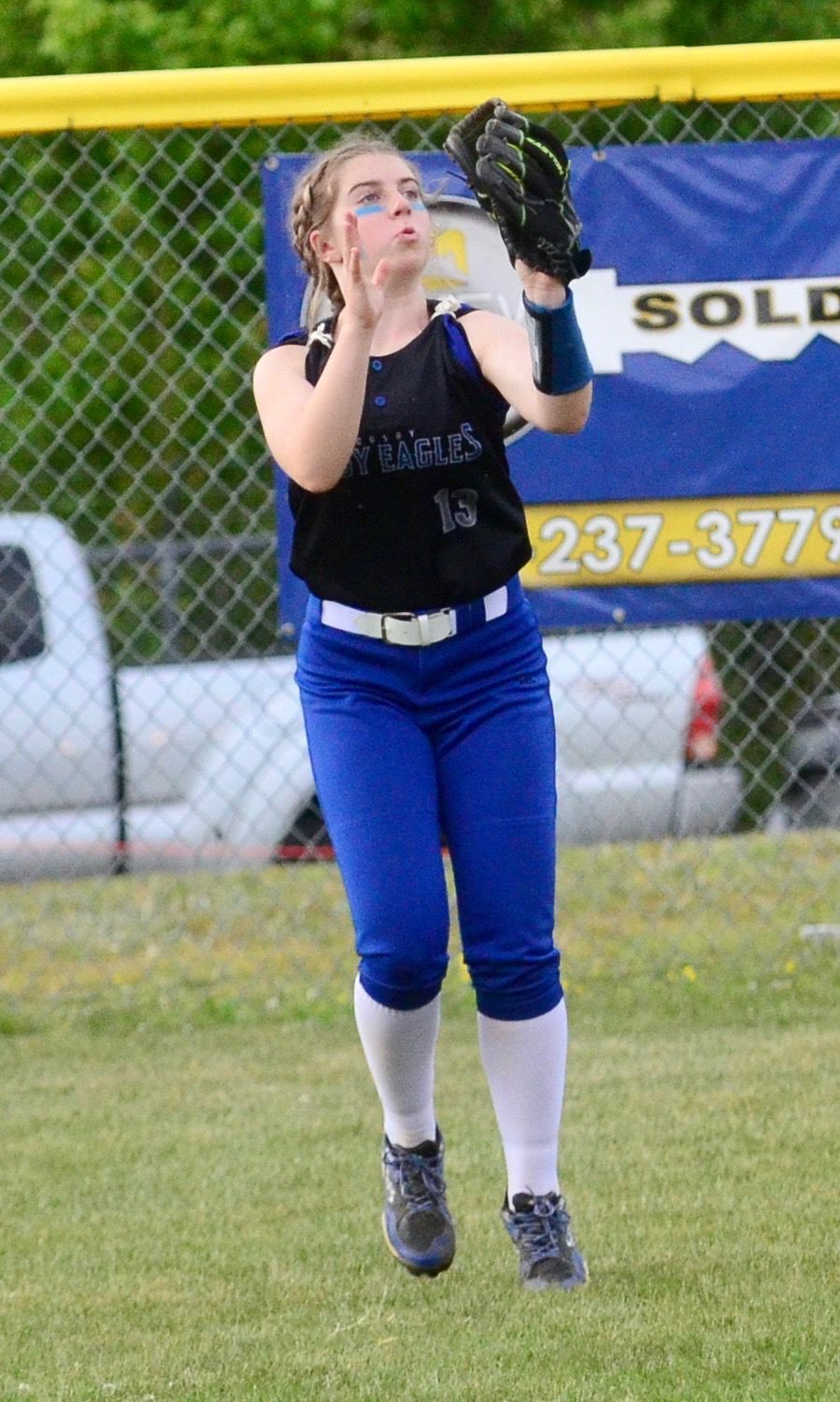 Cosby sophomore Kaymen Moss nabs a routine out in left field on Monday against Northview Academy.

Cosby’s infield celebrates after an early out during Monday’s 10-3 victory over Northview Academy.

Cosby sophomore Kaymen Moss nabs a routine out in left field on Monday against Northview Academy.

COSBY—Strong starts are nice, but it’s all about how you finish.

Despite a lackluster start, the Cosby Lady Eagles finished strong to put the final touches on a 10-3 victory over Northview Academy, completing a season sweep over their former district rivals.

Cosby (12-5) finished the night with 12 hits and six RBIs. Ten of the team’s hits came in the final three innings of the contest.

The Lady Eagles led 1-0 early, but allowed Northview Academy (11-11) to stick around into the latter stages. The Lady Cougars capitalized with a three-run showing in the fourth to take a brief lead, and hang within a single run going into the fifth.

“Anytime you let a team hang around, bad things can happen. It’s always concerning when we let that happen,” Bryant said.

Cosby shut the door the rest of the way, though, holding them scoreless in the final three innings while plating nine runs in three innings to secure the win.

Shylee Weeks went 3-for-4 from the plate and picked up her first career home run as a sophomore. Daycee Weeks, who has four home run blasts this season, was a perfect 3-for-3 with an RBI.

“Everyone knew that this was going to be a difficult year for both of them,” Bryant said. “Tonight being senior night, I asked Daycee to take the emotion and turn it into a positive, and I think she did that. I’m so proud of her.

“Shylee had been in a little slump as of late but tonight she just went out and had fun. She played a great game.”

Reese Michaels secured another victory from the circle.

The freshman hurler struck out 10, and sat the Lady Cougars down in order in three of her seven innings pitched.

“I’ve never had a a freshman pitcher throw like her,” Bryant said. “The longer the game goes, it seems the stronger she gets. That’s a great thing late in the season. I told her that she pitched one of the best games in her short career tonight. She hit her spots all night long.”

The Lady Eagles got on the board first after a one-out single from Shylee Weeks allowed Daycee Weeks to bring her home on a two-out single for a 1-0 lead at the end of the first.

Northview got on the board in the top half of the fourth, scoring three runs to take a 3-1 lead to the bottom half of the frame.

Cosby came back with three runs in the bottom of the fourth, as four one-out singles helped the Lady Eagles reclaim the lead. Olivia Hicks plated a run on an RBI single, and Kaymen Moss pushed one across on a sacrifice-RBI.

“That was huge,” Bryant said. “Just a great way to respond. Any time a team has a big inning like (Northview) did, the best thing you can do is respond like we did. Then to come back and shut them down on defense was huge.”

After giving up three runs in the fourth, Michaels and the Lady Eagles defense gave up nothing more the rest of the way.

Four groundouts to third baseman Daycee Weeks made up two-thirds of the outs in the fifth and sixth innings. Michaels also struck out a pair to start the sixth inning and keep Northview off the base path.

Cosby scored four runs in the fifth, with Hicks picking up her second RBI of the evening on a two-out double. The Lady Eagles put four on with base knocks, including a pair of extra-base hits.

With an 8-3 lead going into the bottom of the sixth, Shylee Weeks blasted a two-run shot over the fence to make it a 10-3 game going to the seventh.

Northview loaded the bases with two outs, but saw its last chance dissipate after Michaels picked up her 10th strikeout of the game to close out the win for the Lady Eagles.