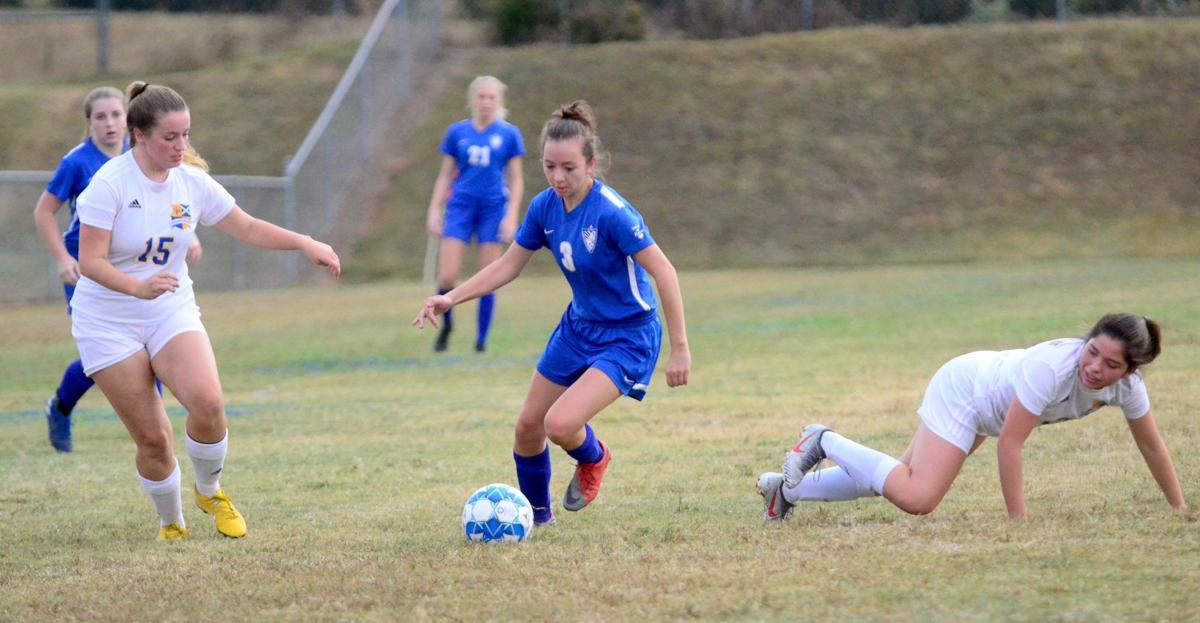 Cosby’s McKenzie Owen pushes the ball up the pitch during Tuesday’s District 2-A semifinal against G-P. 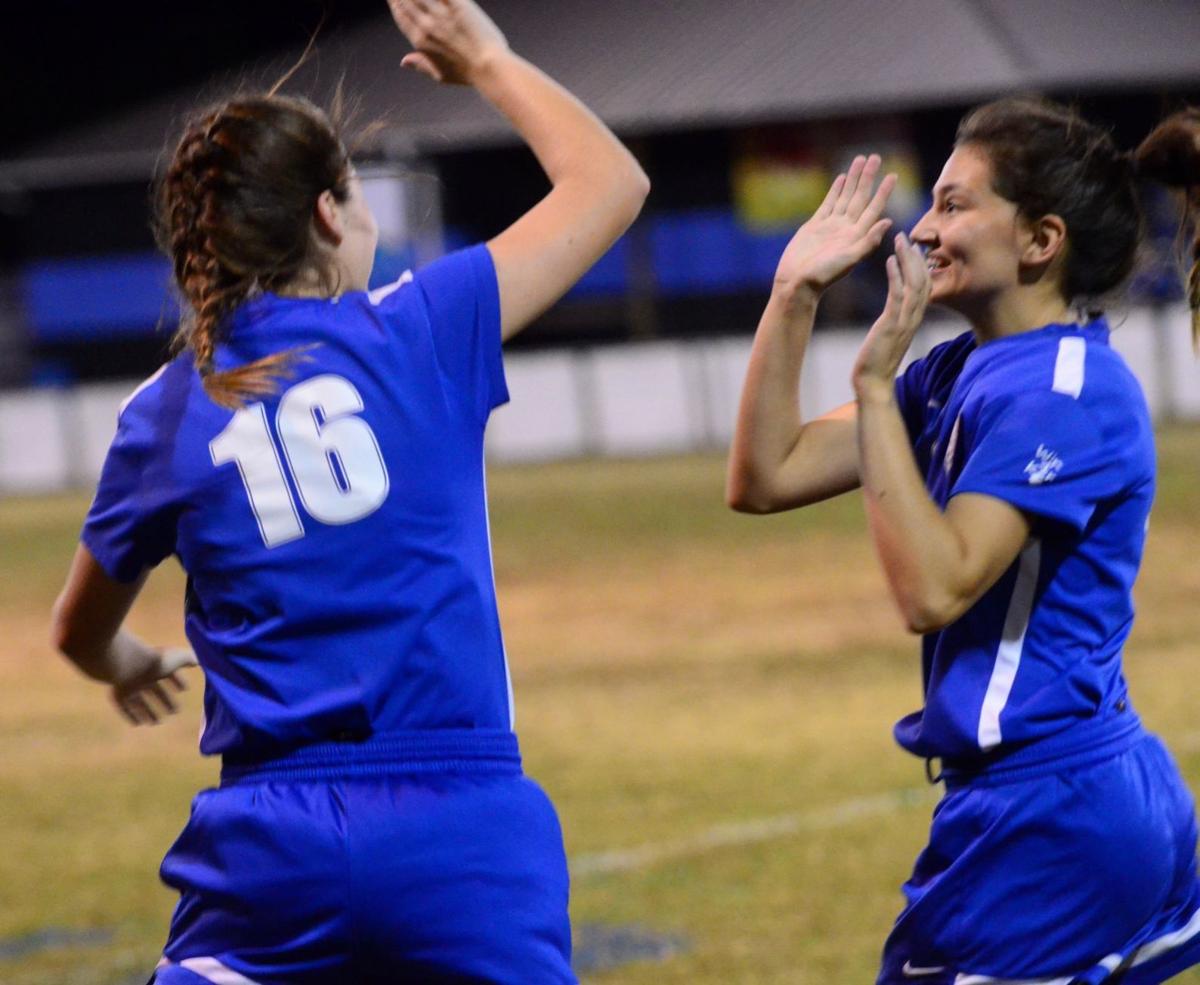 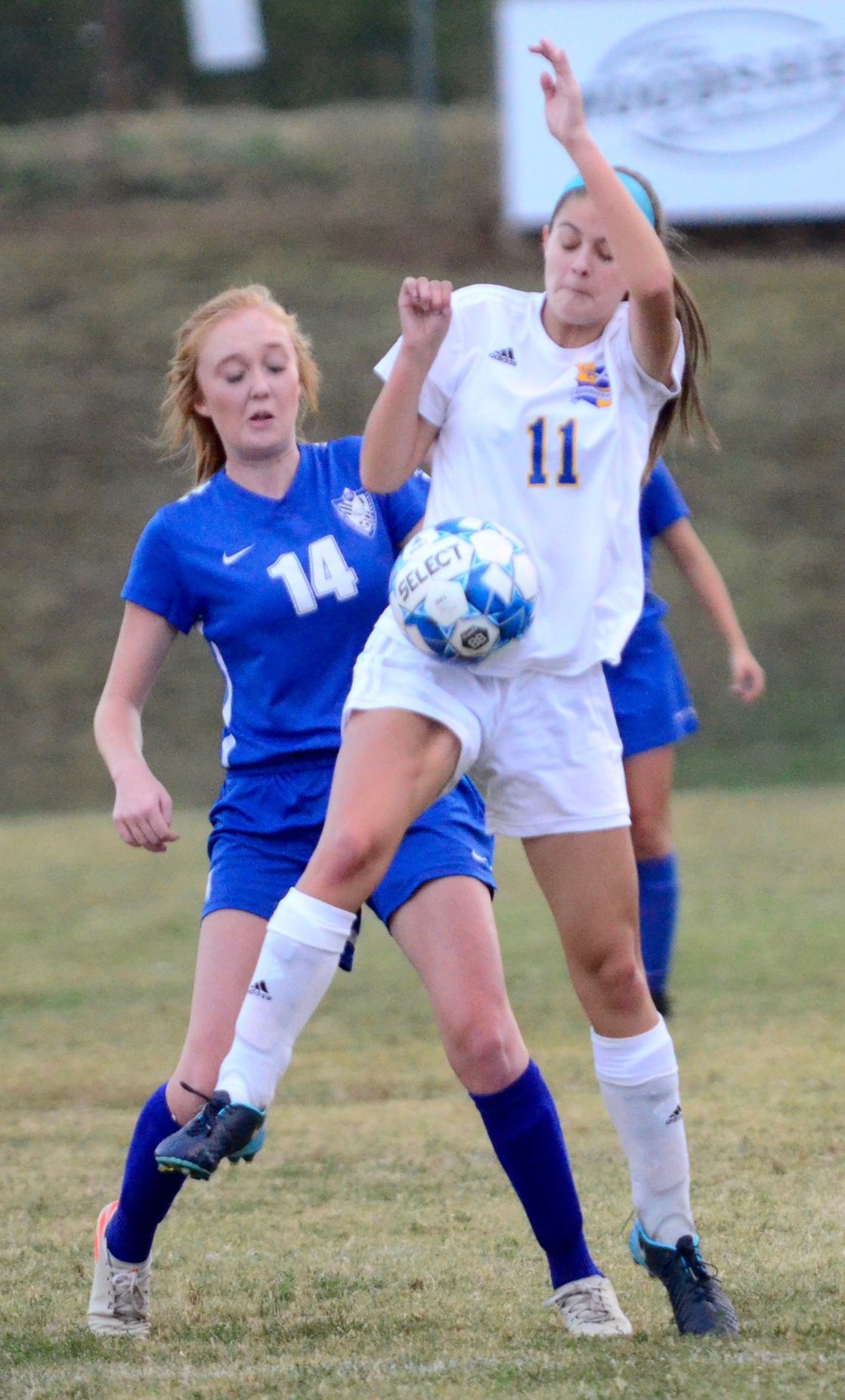 Cosby’s Leia Groat battles for possession during Tuesday’s District 2-A semifinal against Gatlinburg-Pittman. 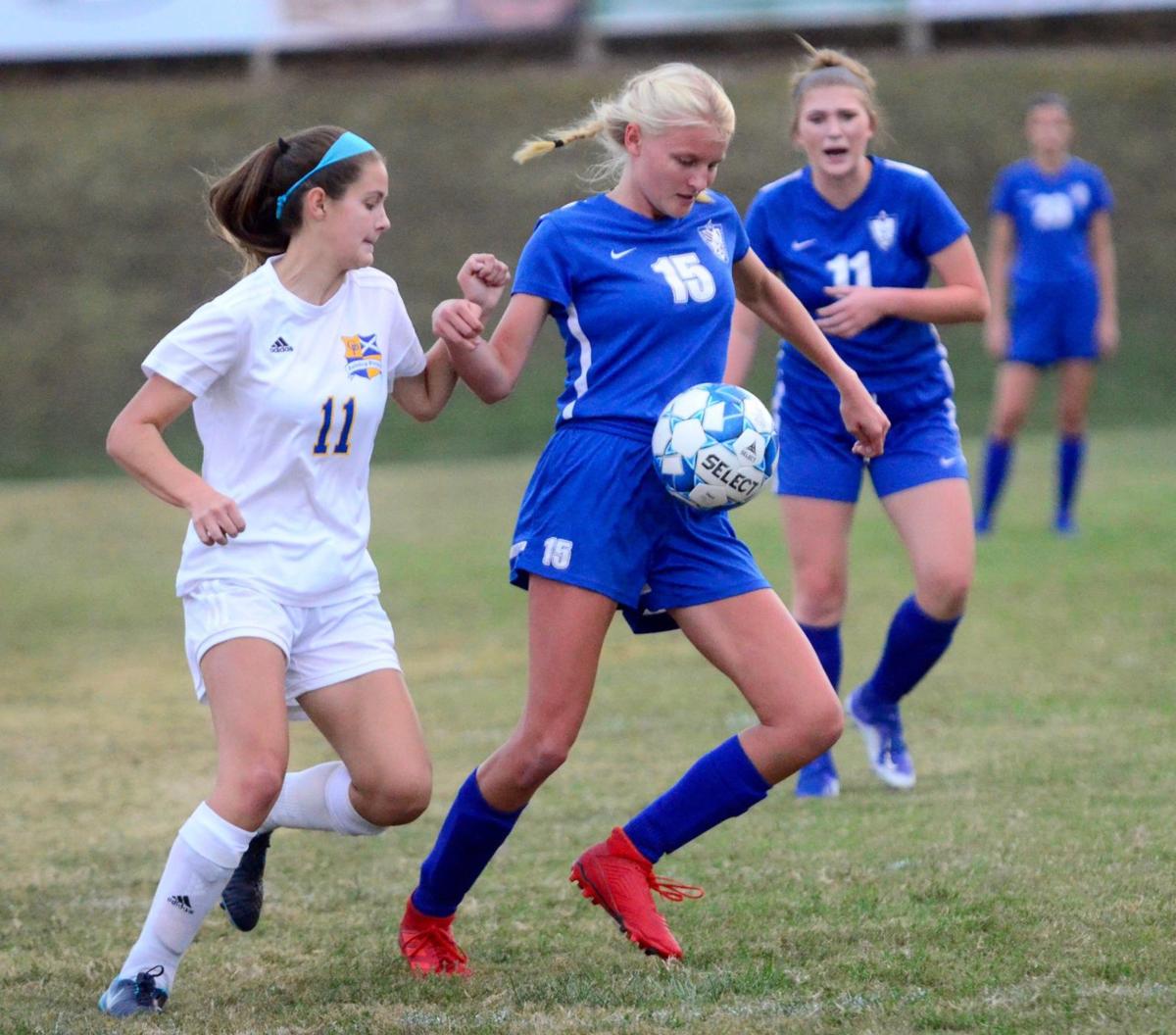 Cosby’s McKenzie Owen pushes the ball up the pitch during Tuesday’s District 2-A semifinal against G-P.

Cosby’s Leia Groat battles for possession during Tuesday’s District 2-A semifinal against Gatlinburg-Pittman.

COSBY—Having a score to settle is one thing, but the Cosby High Lady Eagles needed to clear their name on Tuesday.

The District 2-A runner-up did just that by knocking off Gatlinburg-Pittman in Tuesday’s district semifinal round, sending them back to the title game after a 2-0 victory over the Lady Highlanders.

“This win is fantastic,” Cosby head coach Michelle Lane said. “Our girls worked hard in preparation for this win and they earned it. Obviously this is a much better feeling than what we had this time last year.”

Since suffering a come-from-behind loss to Gatlinburg-Pittman (5-9) in the exact same setting a season ago, Cosby (12-3-1) had retribution on its mind.

Last year, the Lady Eagles gave up a late 1-0 lead to fall 2-1 to the Lady Highlanders in heartbreaking fashion. That loss was a motivating factor on Tuesday, with the main message coming through loud and clear. ‘Don’t let it happen again.’

“This win feels really good, mainly for the seniors,” Cosby assistant James Groat said. “They wanted this one really bad. We didn’t want it to end here. Now, we’re guaranteed two more games and I’m so excited for these girls and the opportunity that’s ahead of them.”

Cosby did that, and then some.

The win didn’t come with a barrage of goals, but it did end in the team’s eighth shutout of the season, and second against G-P.

The Lady Eagles knew they would be in for a fight after the way Gatlinburg-Pittman played them earlier in the season.

The Lady Highlanders kept their defense condensed and strong in numbers in order to make it difficult for Cosby to find a good look at the goal. Junior Leah Murray still found a way to come through for her team, though. She had both goals to put Cosby ahead in the second half to seal the victory.

Cosby was tenacious in its attack throughout the first half, virtually living in the box on the Lady Highlanders’ side of the field. However, finding the back of the net proved difficult against G-P’s heavy defensive presence.

The Lady Eagles had several near misses, but had to settle for a scoreless tie at the half.

“Moments like tonight are why coach Lane and I are such a good team,” Groat said. “I was upset at the half, and I let our girls know it. She came around behind me and just kept everything calm and reminded the girls what they needed to do, and in turn kept me calm.”

“I’ve learned over the years that you have different players you have to approach in different ways,” Lane added. There are some you talk to, and some you have to get animated with to get them going.”

Little time was wasted in changing their fortunes in the second half, though.

Murray had her first goal in the 42nd minute to put the Lady Eagles on top, and followed it up with another in the 52nd minute after a perfect through-ball from fellow junior Macie Mathes to give Cosby a 2-0 lead that proved to be too much to overcome.

Like the first half, the Lady Eagles had chances to extend the lead, but the stingy play of the Lady Highlanders’ backers and goal keeper kept them from increasing the lead. Instead, Cosby’s defense ensured Gatlinburg-Pittman couldn’t get a score back in order to preserved the shutout, and the victory.

“Like we have all season, we’re going to keep taking this one game at a time,” Lane said. “It’s nice knowing we’re guaranteed a slot in the region tournament, but we want to take care of Alcoa first.

“That’s a game we felt like we should have won earlier this season. We want a district championship, and we can’t get that looking ahead.”

Cosby moves forward to face regular season district champion Alcoa on Thursday, with hopes of bringing back a piece of hardware that has long eluded the Lady Eagles program.

Kickoff in Thursday’s championship match is set for 6 p.m.