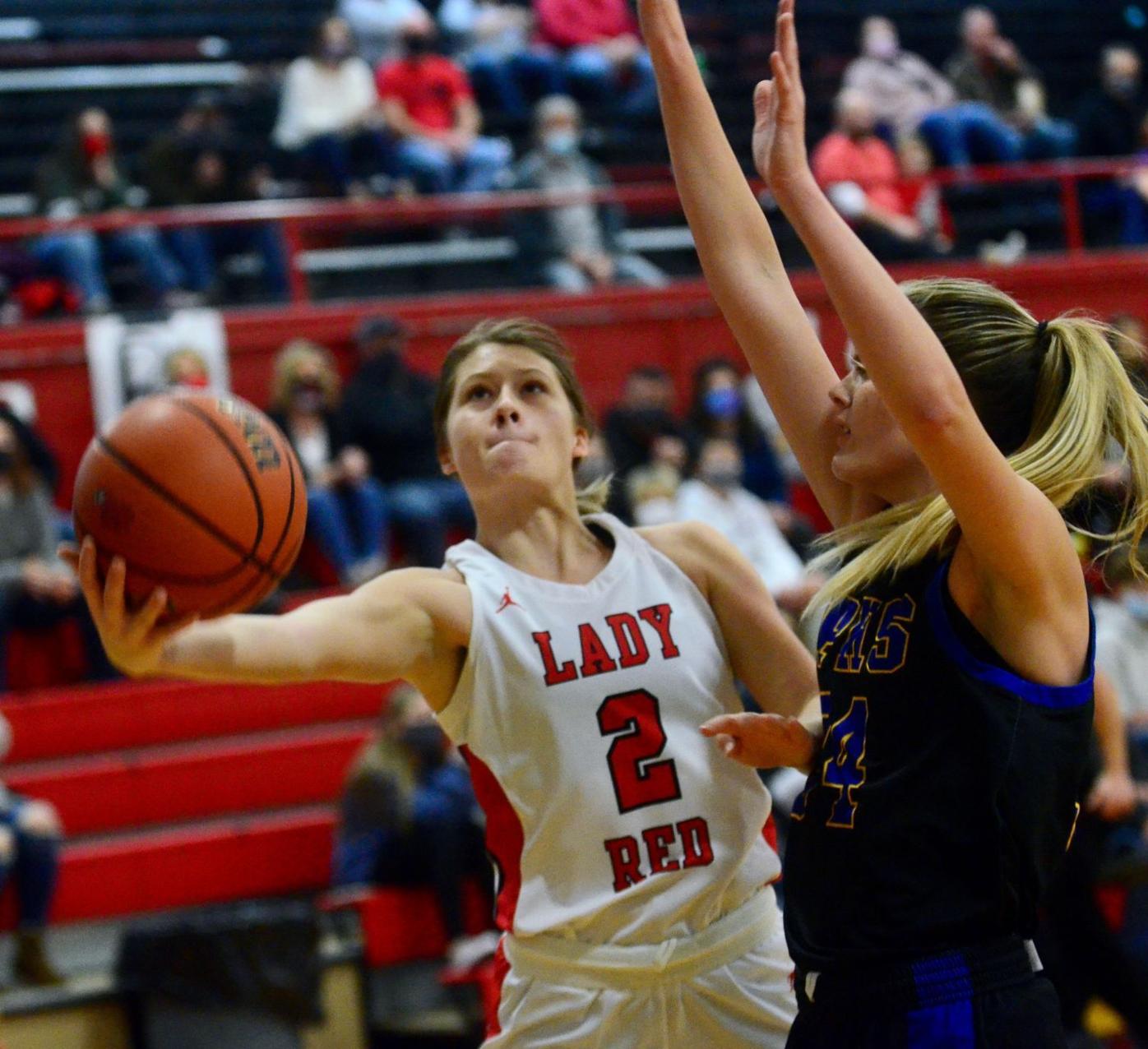 CCHS junior Gracie Gregg puts up an underhanded layup at the rim on Thursday against Gatlinburg-Pittman. 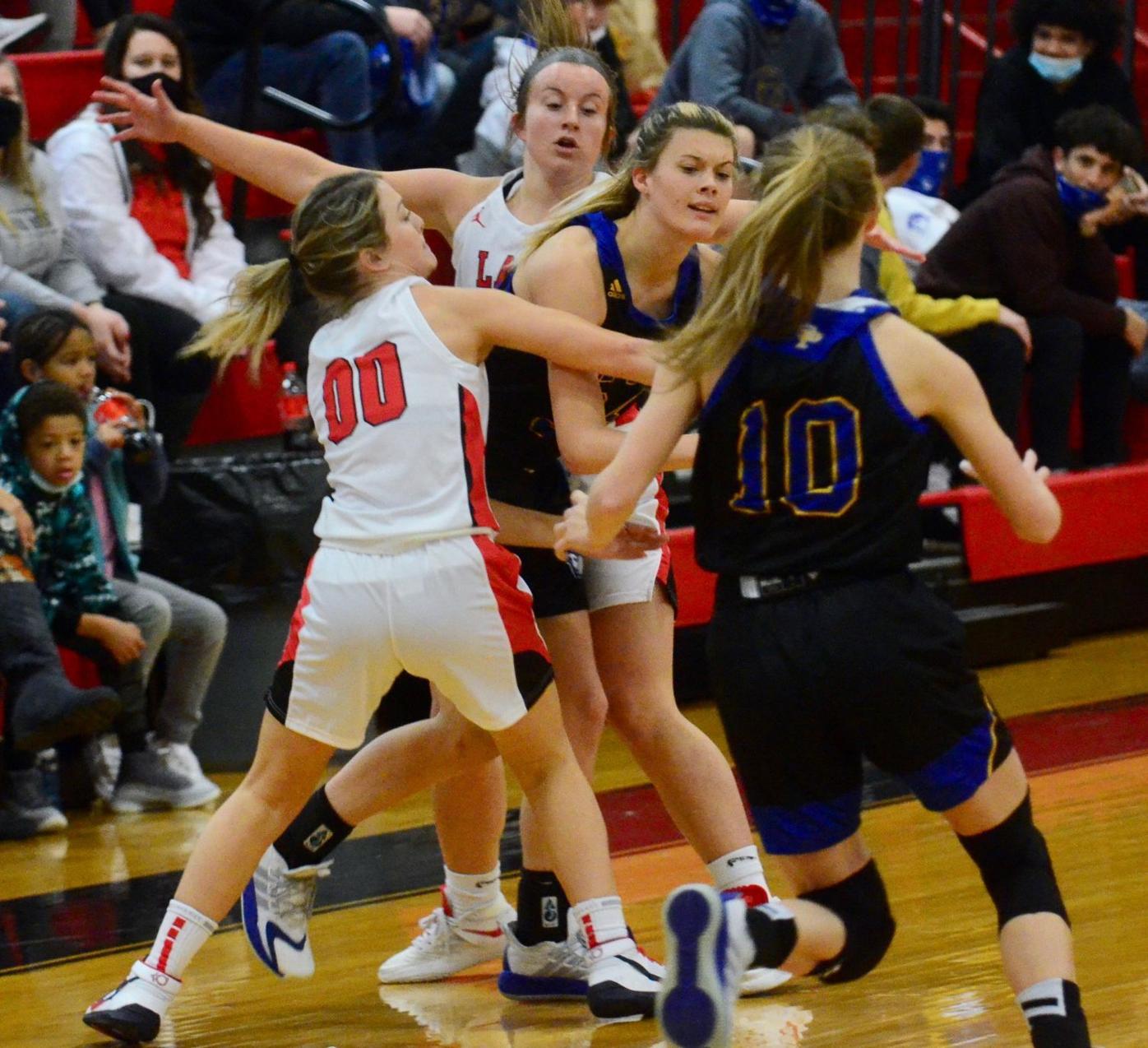 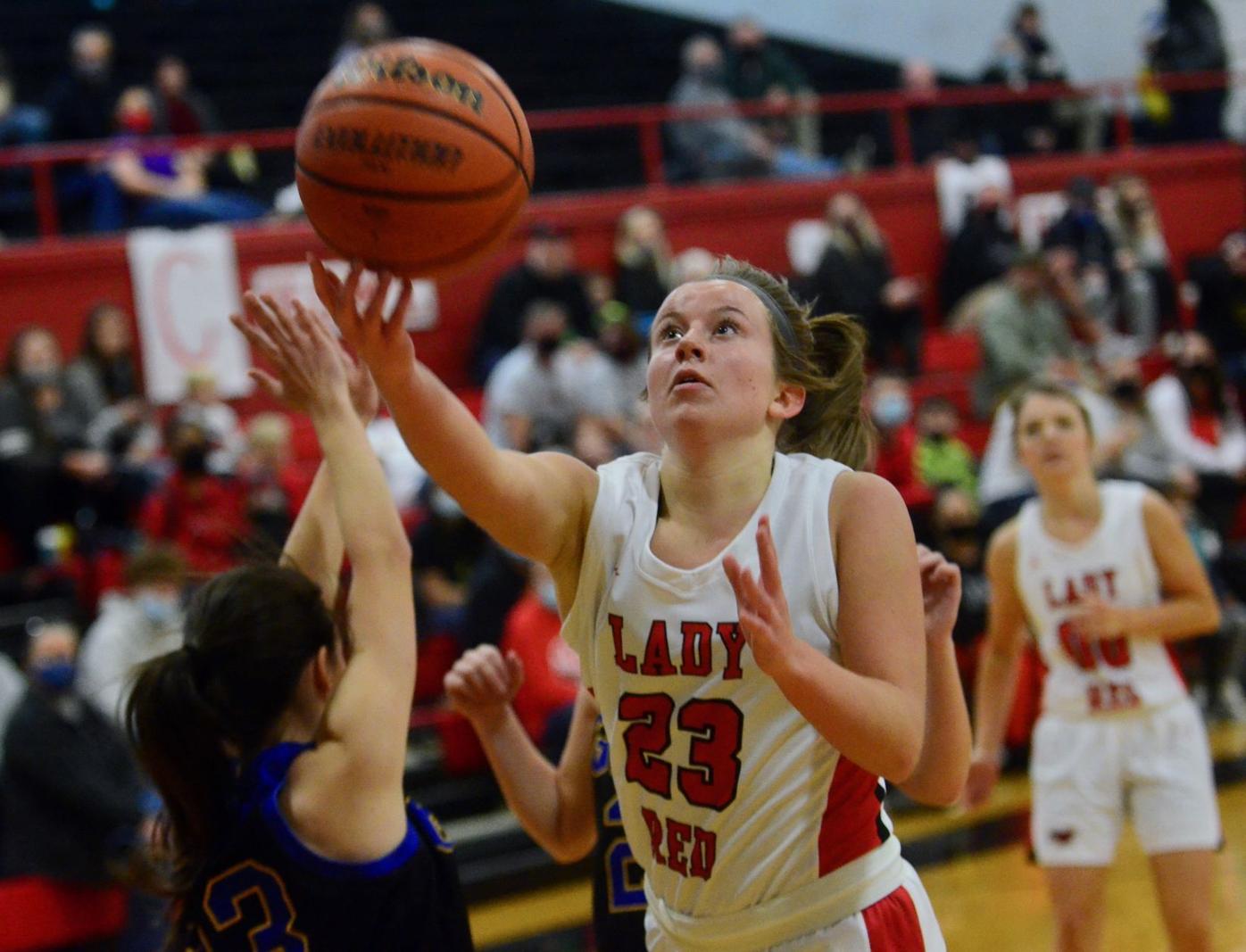 Lady Red junior Camryn Halcomb goes up for a layup in the lane during Thursday’s win over Gatlinburg-Pittman. 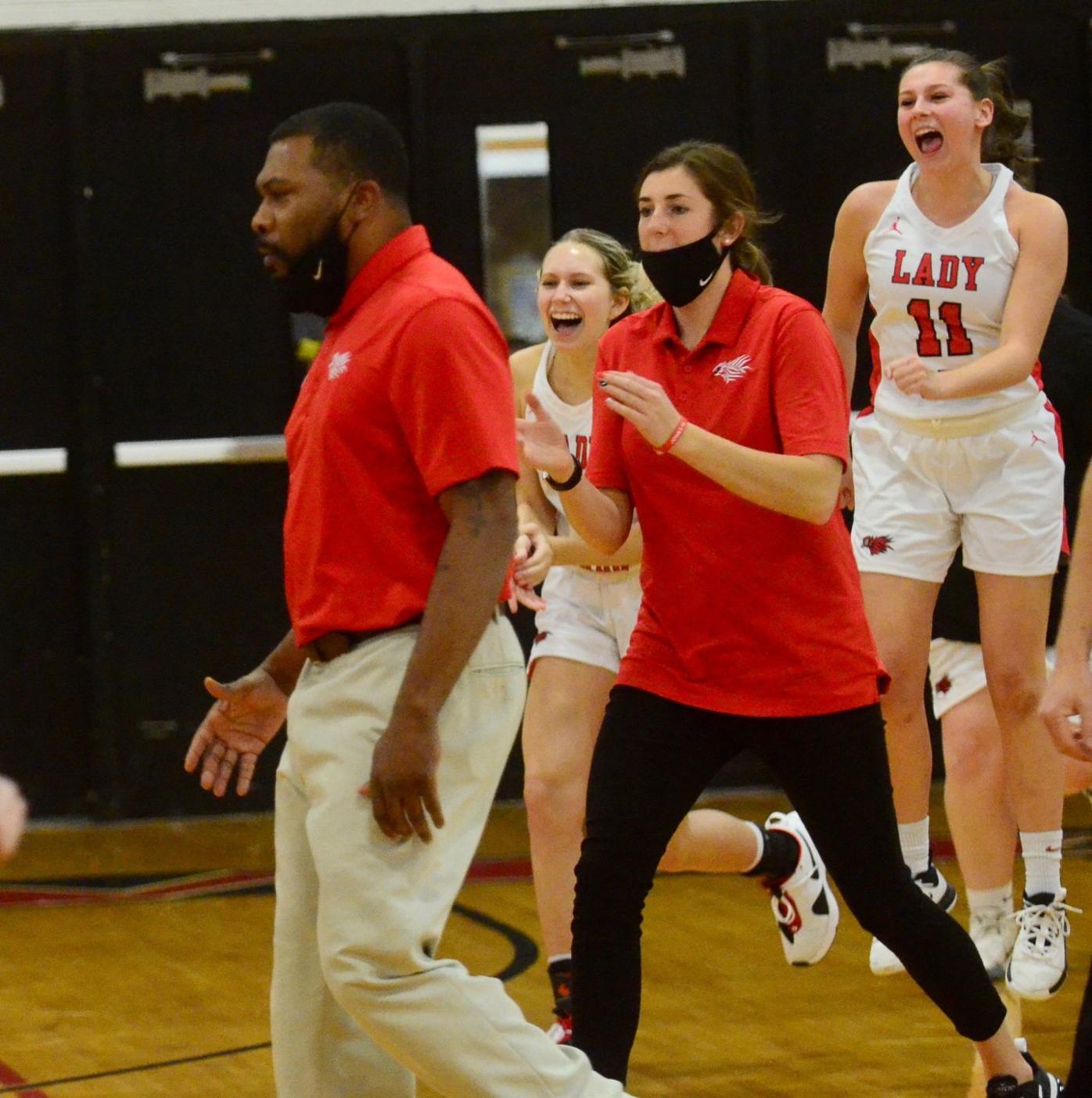 Members of the Lady Red bench erupt after a G-P timeout in the first quarter of Thursday’s game.

CCHS junior Gracie Gregg puts up an underhanded layup at the rim on Thursday against Gatlinburg-Pittman.

Lady Red junior Camryn Halcomb goes up for a layup in the lane during Thursday’s win over Gatlinburg-Pittman.

Members of the Lady Red bench erupt after a G-P timeout in the first quarter of Thursday’s game.

NEWPORT—For weeks the Cocke County Lady Red have been searching for a break from a mix of bad luck, and tough luck that’s seemingly followed the program around.

On Thursday night the Lady Red had the performance they’ve long needed, as they returned to the form they started the year with. The end result was a 62-54 victory over Gatlinburg-Pittman in their first home game since Dec. 11, 2020.

“Our girls had fun and hit shots tonight,” CCHS assistant coach Spencer Moore said. “That’s something that’s been missing the last little bit. With such a unique season as this is, tomorrow isn’t promised. So we might as well go out and put it all on the line and just have fun.”

Cocke County (7-6) got back to the identity first-year coach Chris Mintz — who was absent for the second consecutive game — had set out for the program upon his arrival over the summer.

The Lady Red played with a breakneck pace, dominated with physical, in your face defense, and wreaked enough havoc to never allow the Lady Highlanders to work in any kind of rhythm.

“It was real important for us to get going early,” Moore said. “We’ve been trying to get back to playing at a fast pace. When we went through the quarantine process, it felt like we took a step back from the things we started the season doing.

“In order to play that way, you’ve got to bring it on defense. We stepped up on defense tonight. We got them gassed out and forced them into turnovers, which allowed us to play 100 miles per hour like we want to.”

Offensively, CCHS made a living off transition points created off of turnovers, and 3-point baskets. As a team, the Lady Red sunk nine shots from behind the arc.

“Being able to knock down shots from the perimeter makes the game a lot easier,” Moore said. “With the way we play, we want to take a team’s legs away so they leave us with wide open shots. We got a lot of those tonight and we cashed in on them.”

Sydney Clevenger got the most out of Cocke County’s 3-point shooting performance. She had seven makes from behind the 3-point arc, and finished the night with a game-high 30 points.

“She had an awesome night, for sure,” Moore said. “She’s one of four or five girls that could go off like that at any moment. Obviously when just one of them comes out with a hot hand like that it makes you feel good on the sideline.”

Clevenger was joined in double figures by Camryn Halcomb and Paige Niethammer, who each had 11 points apiece.

All points in the first two minutes came from the charity stripe, but the Lady Red broke that trend with three makes from 3-point range, turning a 1-1 game into a 14-1 advantage in roughly a minute of game time.

“It was really good for us to come out and hit some shots in the first quarter,” Moore said. “We’ve had some open looks these past weeks that we’ve passed up on. Tonight, we took those shots and made them pay off. That helped us get out to an early lead and dictate the game.”

Clevenger and Halcomb sunk all three shots from behind the arc, helping Cocke County build a lead that was as large as 15 points midway through the first.

G-P salvaged a few baskets to get back within 11 of the lead, but continued to trail CCHS 16-5 after the first.

Both teams went scoreless through the first three minutes of the second. Clevenger buried a pair of free-throws to end the drought, which led to both squads exchanging 3-pointers over the next minute.

The Lady Highlanders worked Cocke County’s lead down to eight with just over three minutes left in the half, but Clevenger’s second trey of the period pushed the Lady Red’s advantage back to double digits on the ensuing possession. She went on to finish the half with 18 points.

G-P got as close as six over the next minute, but a 9-2 run to end the half sent CCHS into the locker room holding a 33-20 advantage.

The Lady Highlanders had the first four points of the second half, getting the deficit back down to single digits, but the Lady Red got hot from behind the 3-point arc again. Clevenger, Halcomb and Paige Niethammer all sunk shots from long range to extend Cocke County’s lead back to 12 with under three minutes to play in the third.

CCHS led by as much as 14 in the third, as it carried a 47-37 lead into the final eight minutes of play.

G-P opened the fourth on a 7-0 run through the first minute of the frame, quickly getting back to within a possession of Cocke County’s lead — the closest it had been since a 3-1 CCHS lead in the first.

The Lady Red responded with a quick 6-0 run of its own to take a 53-44 lead with under five minutes remaining.

The Lady Highlanders got back within five with under two minutes remaining, Clevenger sunk her seventh 3-pointer of the night to make it an 8-point game with just over a minute to go.

From there, the result was merely academic. Cocke County closed out the final minute to pick up a much-needed 8-point victory at home.