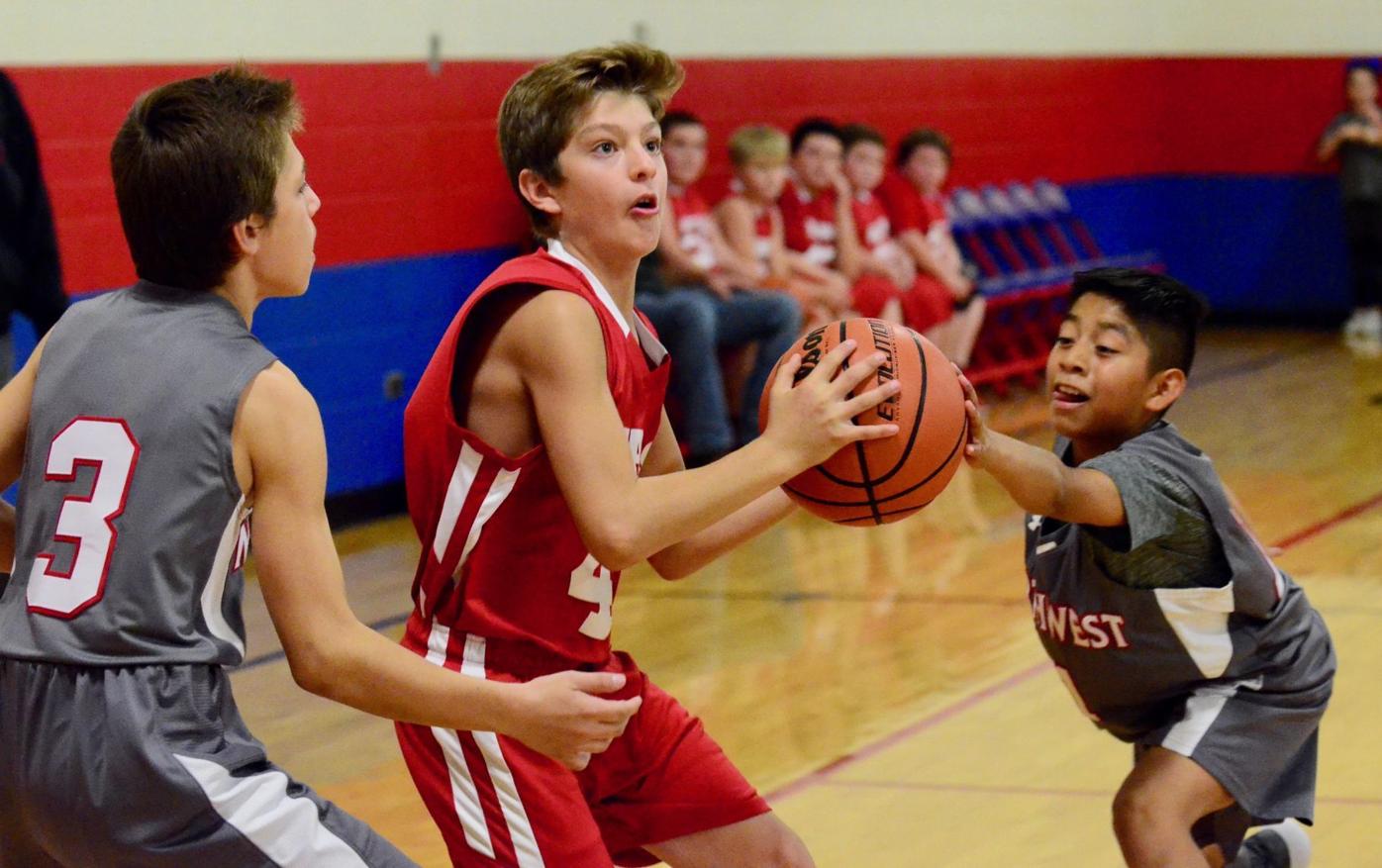 FILE — Smoky Mountain’s Kyler Ogle (center) is double-teamed during a 2018 matchup against Northwest as he attempts to drive into the paint. 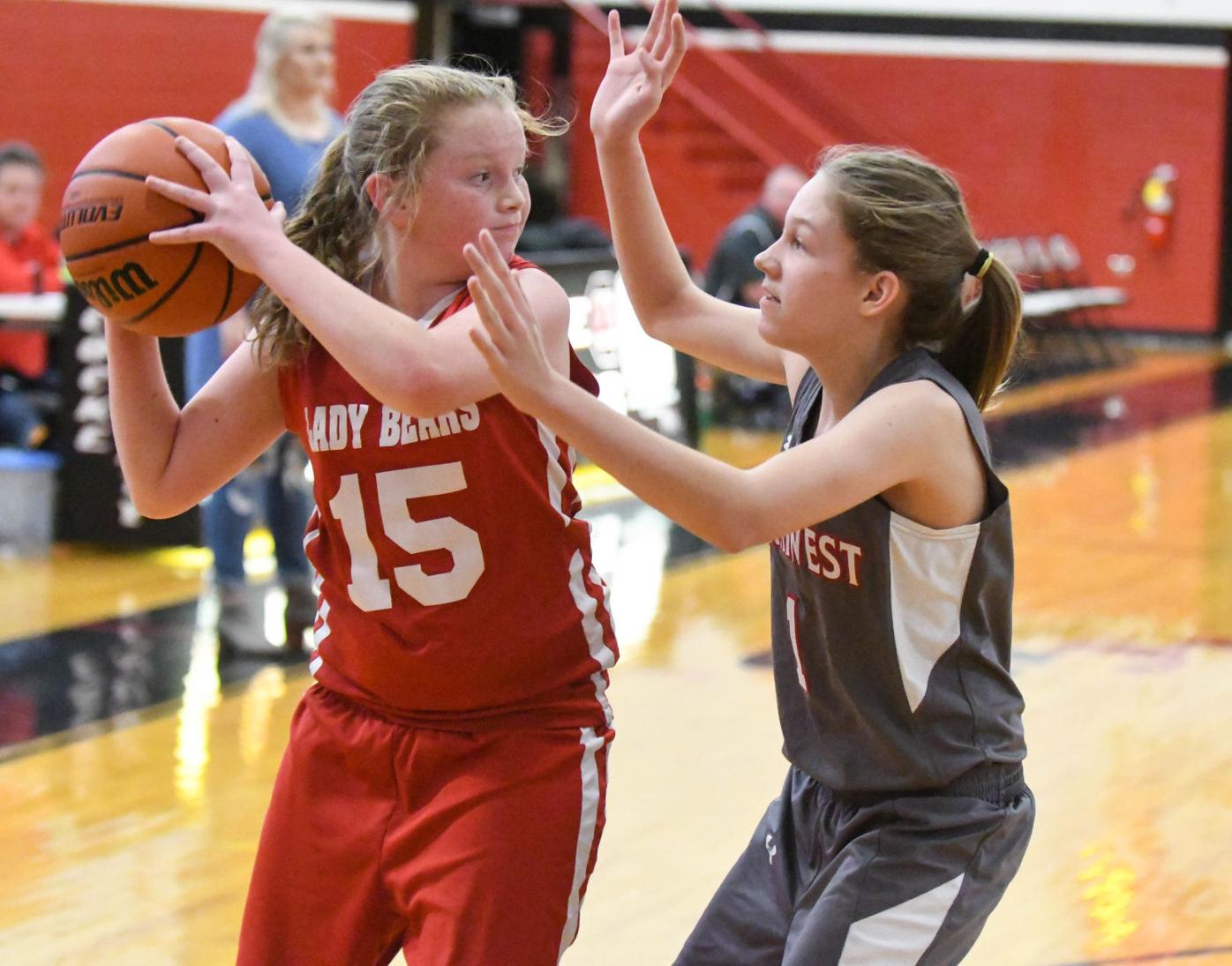 FILE — Smoky Mountain’s Tessa Clark is tightly guarded on the baseline in a 2019 matchup with Northwest.

FILE — Smoky Mountain’s Kyler Ogle (center) is double-teamed during a 2018 matchup against Northwest as he attempts to drive into the paint.

FILE — Smoky Mountain’s Tessa Clark is tightly guarded on the baseline in a 2019 matchup with Northwest.

The Smoky Mountain Bears and Lady Bears stole the show on a rare Tuesday night of elementary basketball action in the county.

Picking up a pair of wins on the road, the Bears and Lady Bears lit up the scoreboard in their wins over Del Rio.

Trevor LaRue had the highest scoring performance of the night in the Ravens win over the Panthers, helping keep the defending champs unbeaten with the season aging into its final weeks.

The Smoky Mountain Lady Bears torched the net on Tuesday night in a 50-24 victory over the Del Rio Lady Trojans.

Off to a strong start, the Lady Bears darted out to a 16-2 lead after the first period, and carried a 30-12 advantage into the half. Susalla had 14 points in the first half. Strange went into the intermission with 10.

Smoky Mountain continued to pull away in the second half, taking a 44-20 lead into the fourth before going on to close out the 26-point win on the road.

Putting on the highest scoring event of the evening, the Smoky Mountain Bears made it a clean sweep for the road team on the night, topping the Del Rio Trojans 60-43.

Del Rio touted a pair of scorers in double figures, as Elijah Hembree finished with a game-high 24 points, while Cody Strange added 13 in favor of the Trojans.

The first quarter was all Smoky Mountain, as it raced out to a 12-point, 17-5 lead at the end of the first.

Hembree, who had all five of Del Rio's first-quarter points, began to heat up in the second, scoring 12 points in the frame. However, it wasn't enough to narrow the gap, as Smoky Mountain put up 18 points in the second to take a 35-19 lead into the half.

After no made 3-point field goals in the first half, the Trojans began knocking down shots from behind the arc in the second half.

Del Rio buried five shots from long range in the final 12 minutes, three of which came from Strange.

Smoky Mountain continued to dictate the game, though. The Bears led 46-28 after the third before closing out the 17-point victory on Tuesday.

The Grassy Fork Lady Ravens put together a solid road win after a strong first-half effort on Tuesday night.

After holding the Edgemont Lady Panthers to just two points in the first half, the Lady Ravens held a large lead at the half before finishing off the 37-15 victory.

Shylee Shelton led all scorers with 12 points for the Lady Ravens. Kate Watson was Edgemont's leading scorer with 8 points.

Grassy Fork scored 19 unanswered in the first quarter, and held a 26-2 lead at the half after keeping Edgemont without a field goal in the first 12 minutes.

The Lady Panthers sunk three shots from behind the arc in the third, but it wouldn't be enough to overcome Grassy Fork's halftime lead.

The Lady Ravens led 33-11 at the end of the third before closing out the 22-point win on Tuesday.

With a 31-point outing, he helped guide the defending champs to a 53-39 victory on the road over the Edgemont Panthers.

LaRue's performance made him the only Raven to notch double figures in scoring in the win. Edgemont had a pair finish in double figures, as Jerome Cofield led the Panthers with 20 points, and Haiden McMahan added 14 more.

Both teams got off to a slow start, with Grassy Fork leading 7-4. Each team torched the net in the second quarter, though, as they combined for 29 points in the frame.

Grassy Fork again put up more points in the second, increasing its lead at the half to a six-point, 23-17 advantage.

Holding Edgemont to seven points in the third, the Ravens extended their lead to 13 going into the third.

LaRue, who had 17 points through the first three quarters, made sure there was no hint of a comeback with 14 points in the fourth to close out the 14-point win on the road.

The Cosby Lady Eagles' stingy defense held the Northwest Lady Patriots to single digits in a 30-point victory on Tuesday.

Allie Ottinger led all scorers with 12 points in favor of the winning Lady Eagles, leading them to a 35-5 triumph at home.

Cosby led 8-2 after the first, and carried a 16-4 advantage into the half. Leaving no opportunity for a comeback, the Lady Eagles put up 13 points in the third, taking a 29-9 lead into the fourth before closing out the win.

Taking to the road on Tuesday, the Northwest Patriots continued their unbeaten streak with a 52-14 victory over the Cosby Eagles.

Northwest opened the game on a 13-0 run in the first quarter. With 26 points in the second, the Patriots took a commanding 39-5 lead into the half.

The lead continued to grow in the second half, as Northwest led 47-10 at the end of the third before closing out the win by 38 points.

After a rough start, the Centerview Lady Falcons rallied before the half to put pressure on the Bridgeport Lady Rockets.

However, it wouldn't be enough. The Lady Rockets pulled away in the end for a 44-35 victory over Centerview on the road on Tuesday evening.

Bridgeport raced out to a 19-3 lead after the first period, but saw its advantage slashed to a 23-15 lead at the half.

The Lady Rockets extended their lead to a double-digit advantage again in the third, taking a 36-24 lead into the fourth. They were able to manage their lead in the final six minutes to hold on for the nine-point victory.

Pouring on the points in the middle quarters of the game, the Bridgeport Rockets soared for a 54-14 victory over the Centerview Falcons on Tuesday.

The Rockets continued to pull away in the second half, taking a 46-14 lead into the fourth before closing out the 40-point victory.