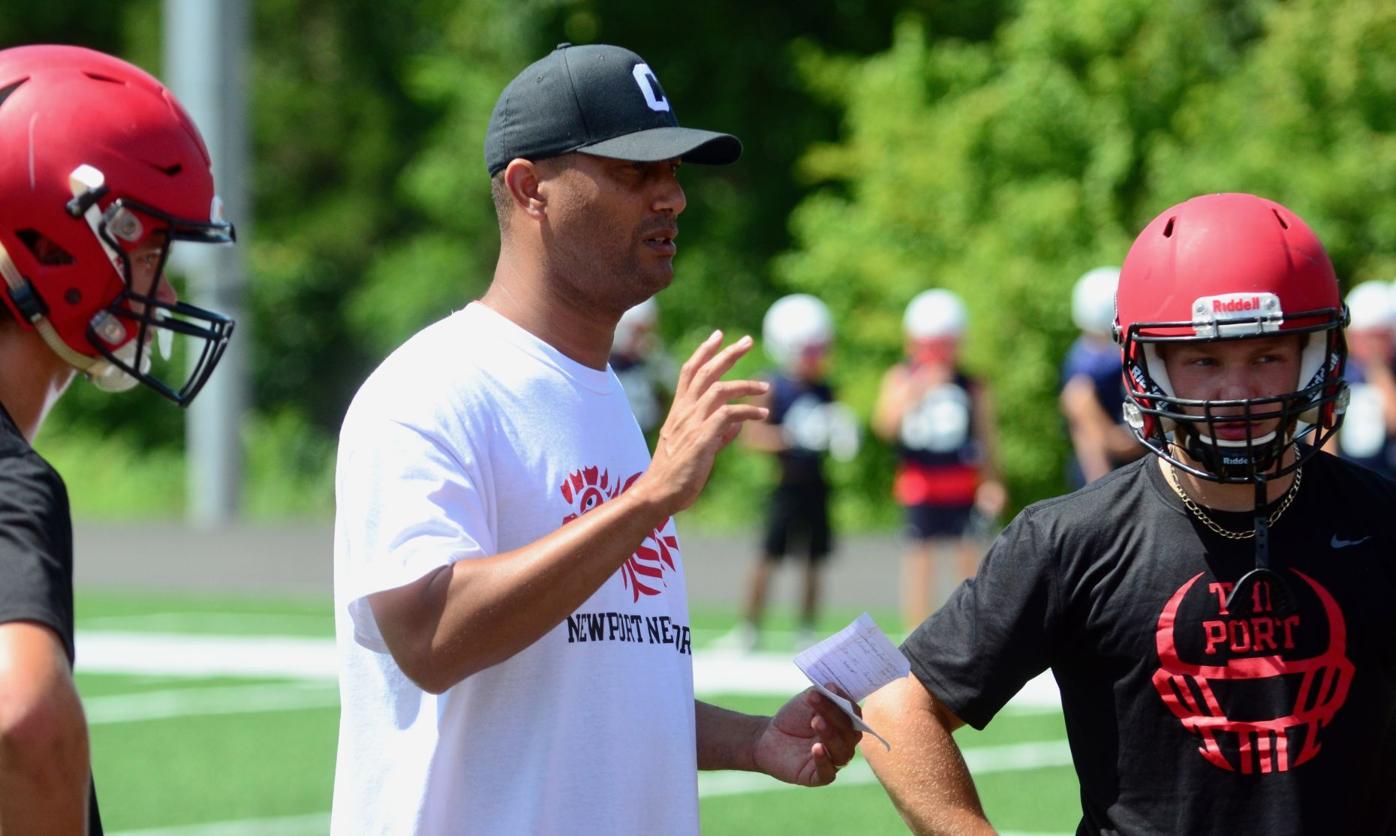 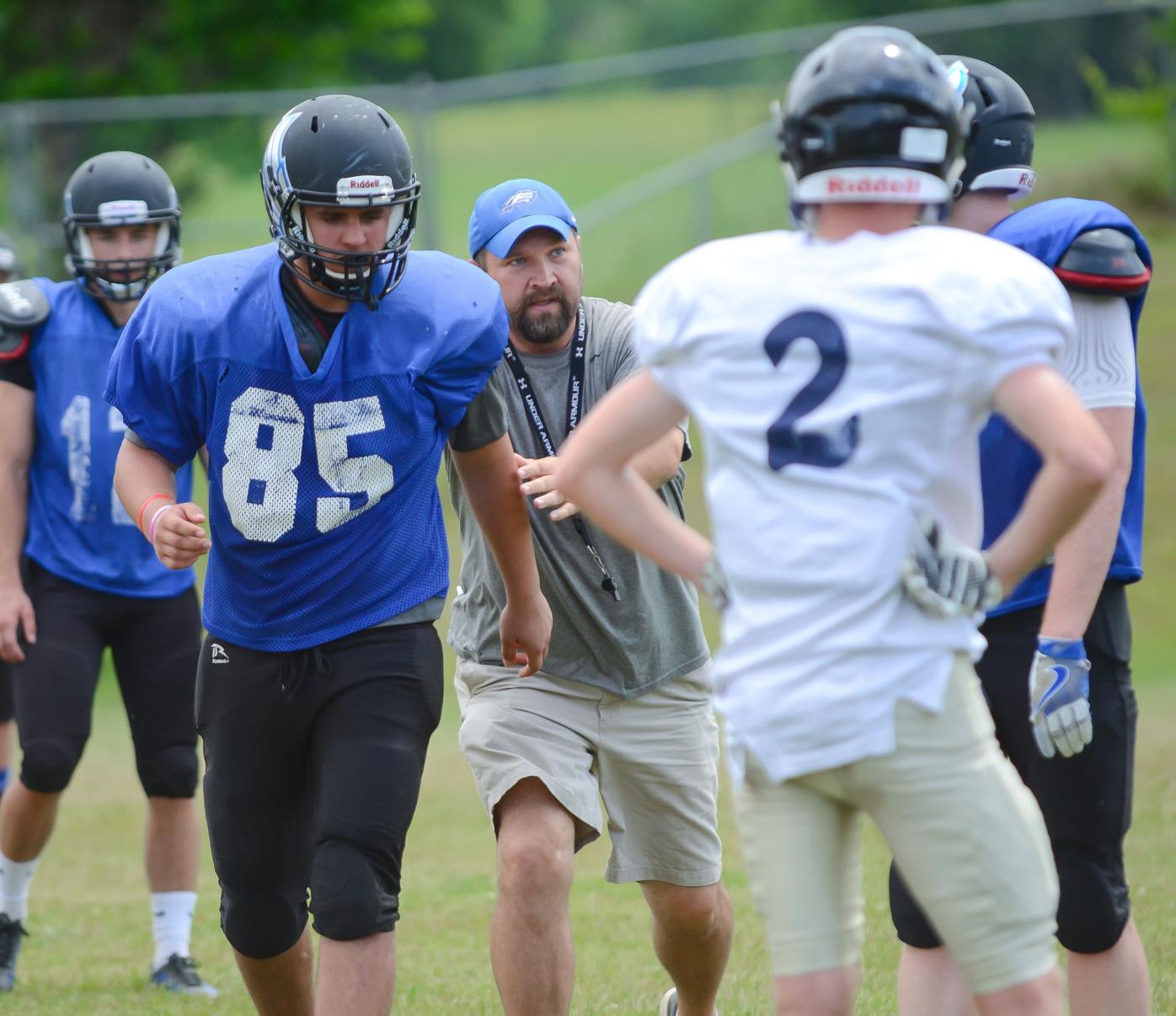 FILE — Cosby High coach Kevin Hall instructs Brent Walker during a spring scrimmage in May of 2017.

FILE — Cosby High coach Kevin Hall instructs Brent Walker during a spring scrimmage in May of 2017.

Coaches across all sports can be some of the most meticulous of people, which has proven to be a problem in 2020 since the COVID-19 pandemic began sweeping the country.

Across the state, their frustrations have been evident over the last several months as the TSSAA has worked to come up with a plan for fall sports to resume and take place.

The association was ready to go with its originally planned schedule up until Gov. Bill Lee extended the State of Emergency order for the state of Tennessee earlier this month.

Since that time the TSSAA’s Board of Control has met on three separate occasions to discuss its next course of action in order to move forward with fall sports seasons.

On Wednesday, the board finally approved plans for both football and girls’ soccer, the two sports affected most by the governor’s extension of his previously placed executive order. However, football remains without a firm start date with the plan approved by the TSSAA’s Board of Control.

“Obviously it was good to hear we’re going to have a season,” Cocke County football coach Scotty Dykes said. “I think that was a positive for everyone. The concern, now, is how to plan with so many variables still in play. We don’t want to anticipate the season starting in September, but then have the governor say we’re okay to start on time.”

The option voted in by the TSSAA Board of Control was an eight-game season that would start on Sept. 18, but includes a hybrid option to still allow the season to start on time should Gov. Lee give high school athletics the exemption it seeks within the current State of Emergency executive order.

“At least we have a plan, I guess,” Cosby football coach Kevin Hall said. “I like having a plan in place as soon as possible. Making last-minute decisions drives me nuts.

The board was presented with four options to vote on, all ranging from as short as a seven-game regular season with full playoff fields, through a full 10-game season with no playoffs for the 2020 season. One tweak that was offered, though, was a hybrid option.

The gist of the hybrid option is ensuring all teams play their region slate of games, even if it means having to cancel non-region games as the year progresses in order to make it work. It also allows the flexibility for teams to kickoff the season as early as the original start date, Aug. 21, should the governor’s office opt to include high school athletics within the same exemption of the State of Emergency order as collegiate and professional athletics are in.

The snag of the hybrid option comes in the uncertainty it still leaves programs with, as far as an official start date for both practices and contests are concerned.

TSSAA holds regulations all football teams must meet before they can play their first game, such as heat acclimation training and a given practice period. Teams must hold three full weeks of full-padded practice before they’re allowed to compete in their first sanctioned competition of the year.

With the original schedule, full-padded practice was scheduled to start on Monday, July 27. With that plan, teams would have been afforded four weeks of practice time before the first official contest date of the season on Aug. 21.

By voting in the hybrid option, the possibility still remains the season could start on time if the governor allows an exemption for high school athletics before Aug. 3. If no decision is made by that date, then the season will be delayed in some fashion.

“I don’t think the odds of the season starting on time are too high,” Dykes said. “We’re still going to practice and prepare, under the current guidelines we have, like we will start on August 21st until we’re given a concrete start date.”

What is given is that the 2020 Tennessee high school football season will start by no later than Sept. 18 after the board’s decision on Wednesday, as long as the State of Emergency order is not extended yet again.

If the order were to be re-extended, and high school athletics were not to be granted an exemption from it, both football and girls’ soccer seasons throughout the state could be in jeopardy.