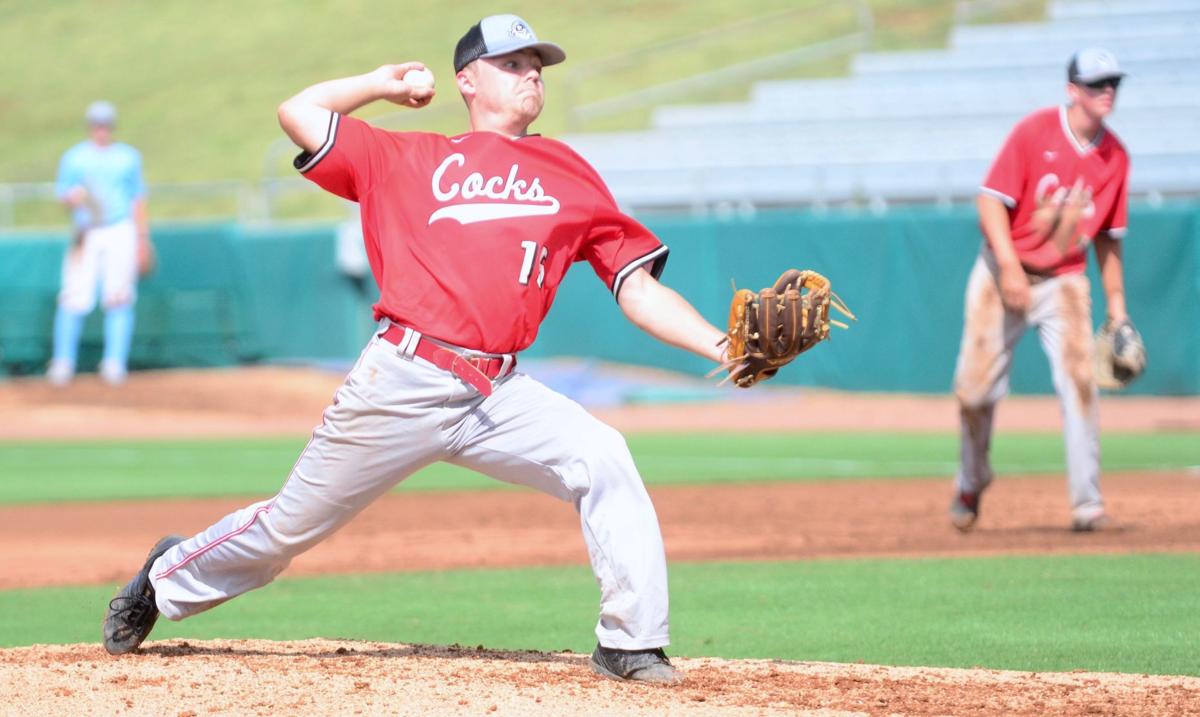 Fighting Cocks pitcher Bradyn Long sends a pitch to the plate during Tuesday’s matchup against Morristown at Smokies Stadium. 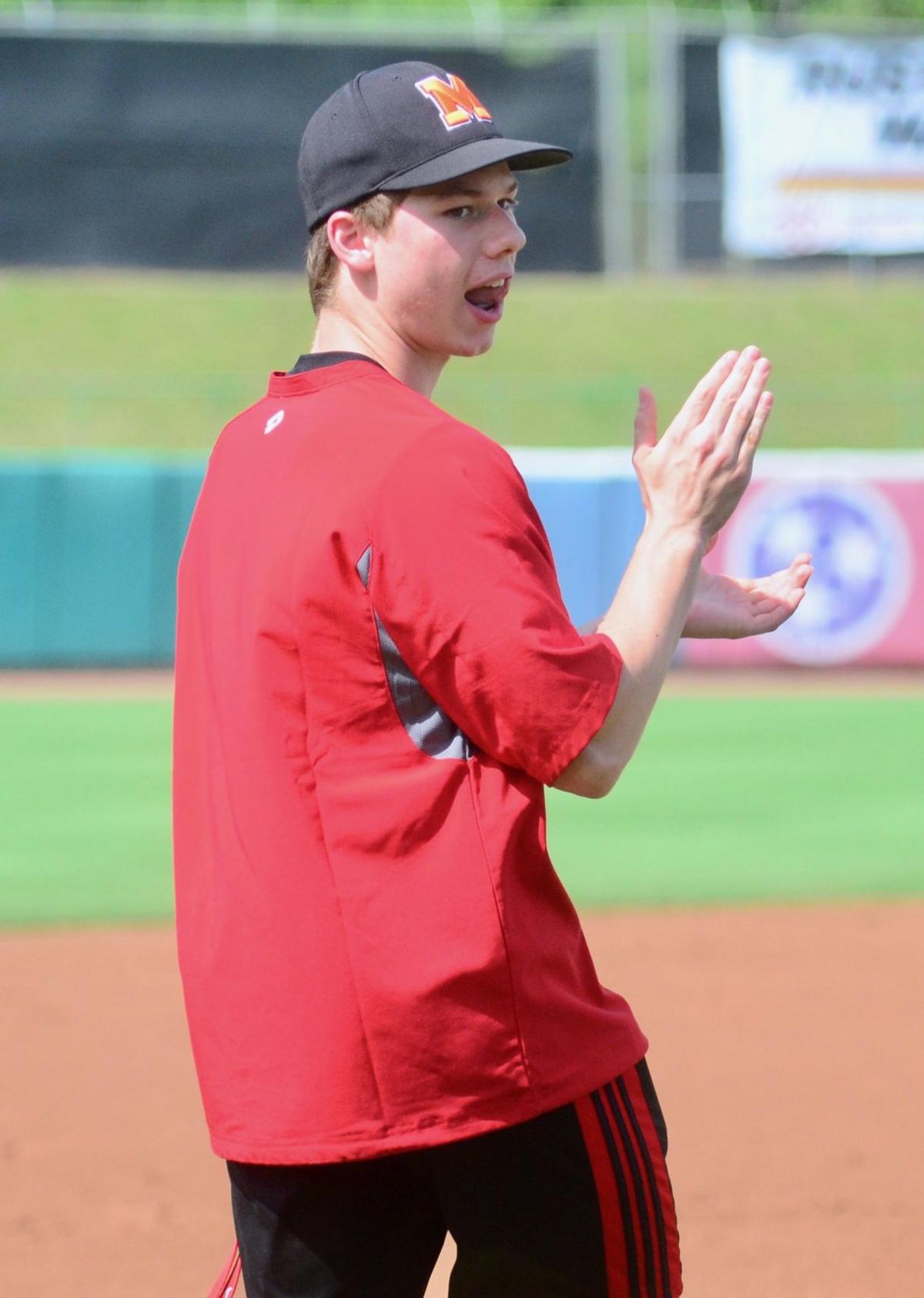 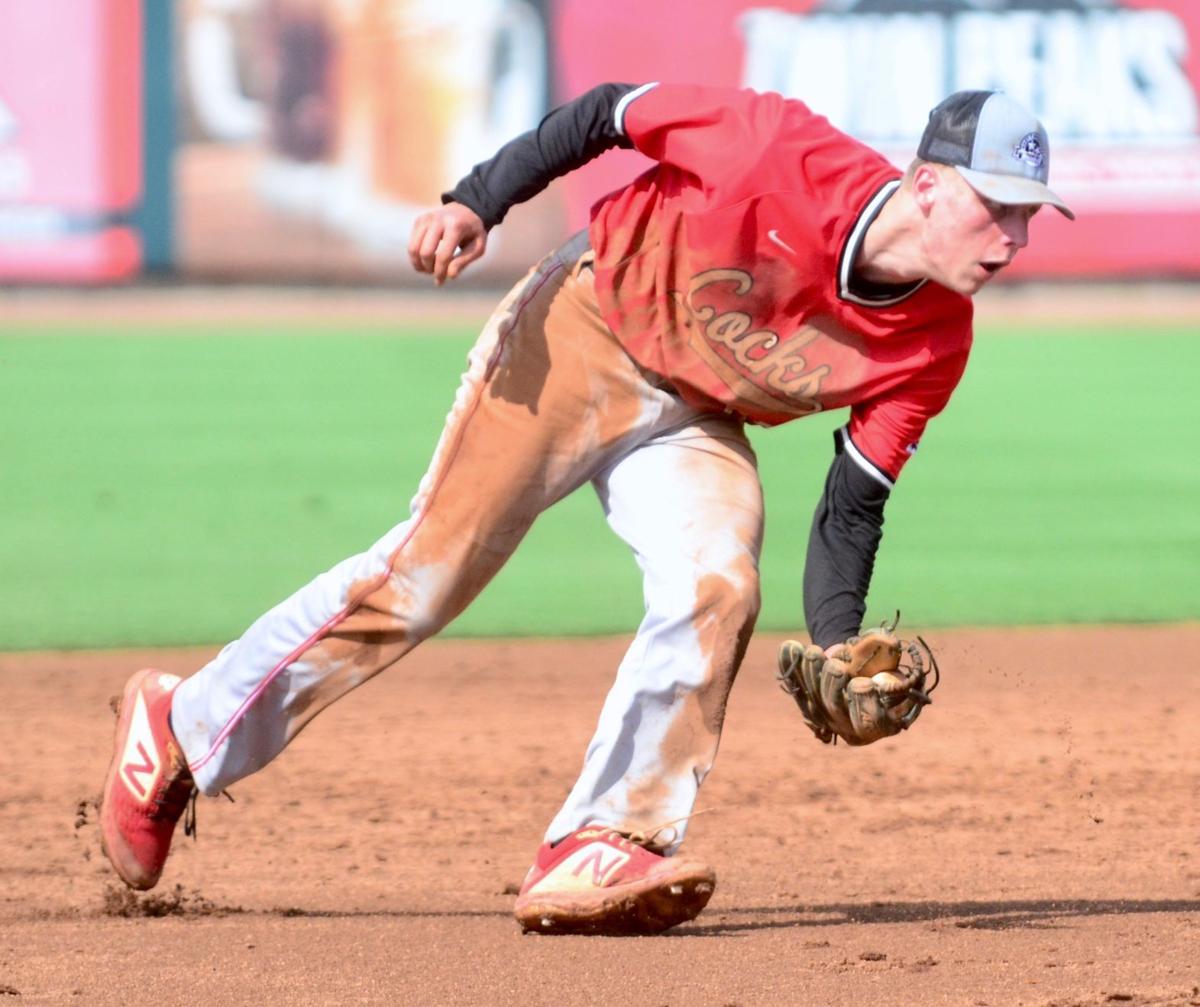 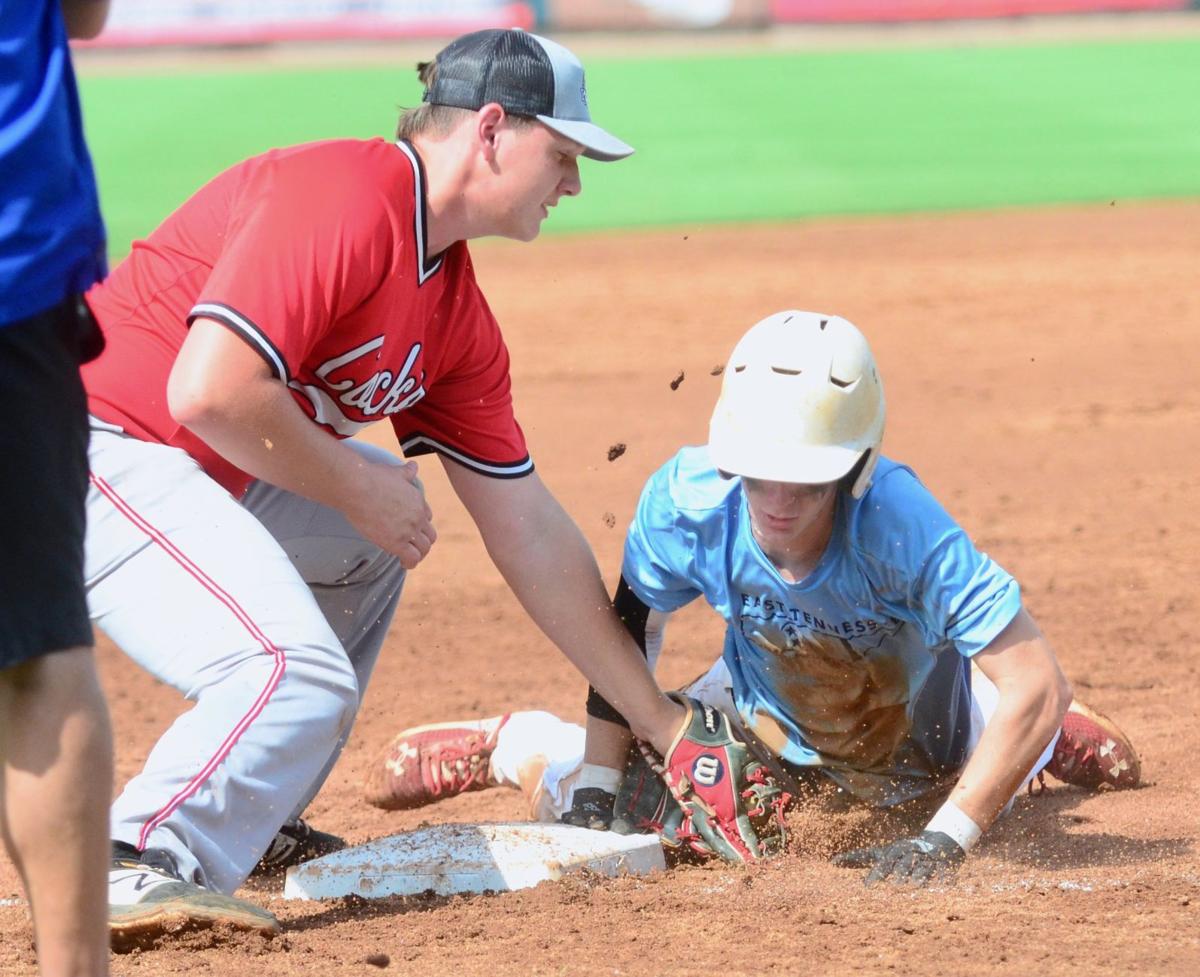 Fighting Cocks pitcher Bradyn Long sends a pitch to the plate during Tuesday’s matchup against Morristown at Smokies Stadium.

KODAK—It wasn’t the result the Newport Fighting Cocks had hoped for, but one they’ll certainly take after narrowly avoiding disaster.

After leading by two runs for most of the day, the Fighting Cocks had to settle for a 2-2 tie in Tuesday afternoon’s outing with Morristown Sandlot Baseball. The result marks the first tie for both teams in the East Tennessee High School Baseball Summer League.

“We had a couple of mistakes towards the end that hurt us,” acting head coach of the Fighting Cocks Alec McCampbell said. “Ultimately we were able to close it out and not take a loss. So, that was good.”

McCampbell, a CCHS graduate and Milligan College sophomore, picked up the task of leading players he took the field with just a year ago during the TSSAA mandated dead period. While the feeling of calling the shots was a little eery, it’s one that he’s excited at the opportunity for.

“It was good seeing these guys again,” McCampbell said. “It was truly an honor to get out here and coach them. It was a whole new perspective for me, but I felt right at home with it.

“I’m just having fun with these guys out here. Some of these guys were about to not even get a senior year. To be a part of something as special like this is awesome for me.”

The team performed well under his leadership in his first game as their coach.

The Fighting Cocks (1-2-1) continued to cut down their errors, as they have from game-to-game, and put themselves in position to come out with a victory over Morristown (2-2-1), which is made up of members from both Morristown East and Morristown West high schools in Hamblen County.

“We were much better in the field today,” McCampbell said. “They played like they wanted to win today. We limited the errors and didn’t give up too many free bases.”

Graduated senior and Georgetown College (Ky.) signee Bradyn Long had an exceptional outing on the bump. He struck out six through his six innings of work, and held Sandlot Baseball to just one run during his innings pitched on Tuesday.

“Bradyn did a lot of things for us today,” McCampbell said. “He did exactly what I wanted from him and more. I couldn’t be more proud of what he was able to do.”

Long was also instrumental in the Fighting Cocks building their early lead, as he had the team’s lone RBI of the afternoon.

Hunter White, also a graduated senior, came in to relieve Long late in the second and was able to work his way out of a pair of situations in the final two innings to avoid a loss.

He stranded four potential game-winning runs in the sixth and seventh innings to keep Morristown from picking up the victory.

“Hunter hasn’t had many innings pitched, lately,” McCampbell said. “It was important, to me, to get him worked in. He started a little shaky but closed out well for us.”

Both teams remained scoreless through the first two innings, on Tuesday. Newport put a pair of runners in scoring position with no outs to start the game, but a groundout to the pitcher set up a double play on the lead runner at the plate the quickly turned the opening inning back to Morristown’s favor.

Long got off to a strong start by striking out the side in the bottom half, stranding a pair of runners in the process.

The Fighting Cocks stranded two more runners in the top of the second before finally breaking through to open the third.

After a leadoff single, Josh Ellis got the first run across after Morristown committed a two-base error on White’s single into left field. Long brought in the second run of the afternoon for Newport with an RBI single he lined into left to give his team a 2-0 advantage going into the bottom half of the third.

Long continued his strong outing by striking out the side once more to close the third inning. He would pitch through the late stages of the sixth while only allowing one run.

The fourth and fifth frames were quick, as both teams sent just four batters to the plate in their halves of each inning. After being sat down in order to start the sixth, Newport began to feel the pressure as Morristown threatened its lead.

Sandlot Baseball put a pair on to open the bottom half of the sixth with a single from Bryson Kelley and Carson Barry reaching on an error. J.J. Johnson grounded out to second base, but picked up a sac-RBI to put Morristown on the board and cut Newport’s lead in half.

Barry got across to tie the game off a wild pitch, but White was able to get out of the inning by stranding a pair of runs that would’ve given Morristown the late lead.

Newport went down in order, once more, in the seventh, leaving Morristown with the chance for a walk-off winner.

Naylen Turner reached on a leadoff single, and worked his way to third with just one out on the board. White got out of the jam, though, as he picked up the final two outs needed to keep the game at a stalemate and avoid the loss.

The Newport Fighting Cocks will return to action on Tuesday, June 30, as they’ll face the Kodak Wildcats — a team based off of members from the Northview Academy Cougars.

First pitch of next Tuesday’s game is slated for 2 p.m.