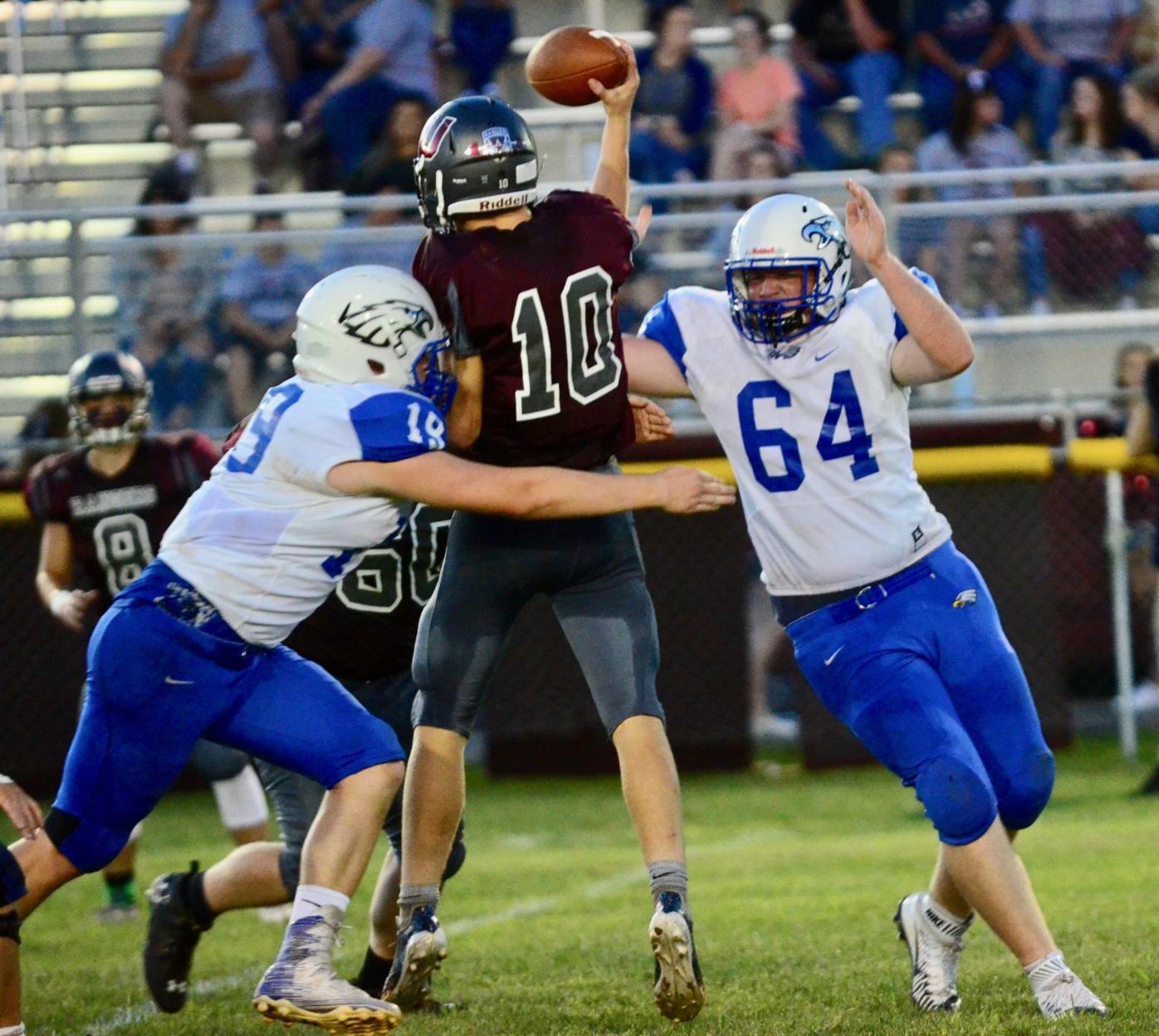 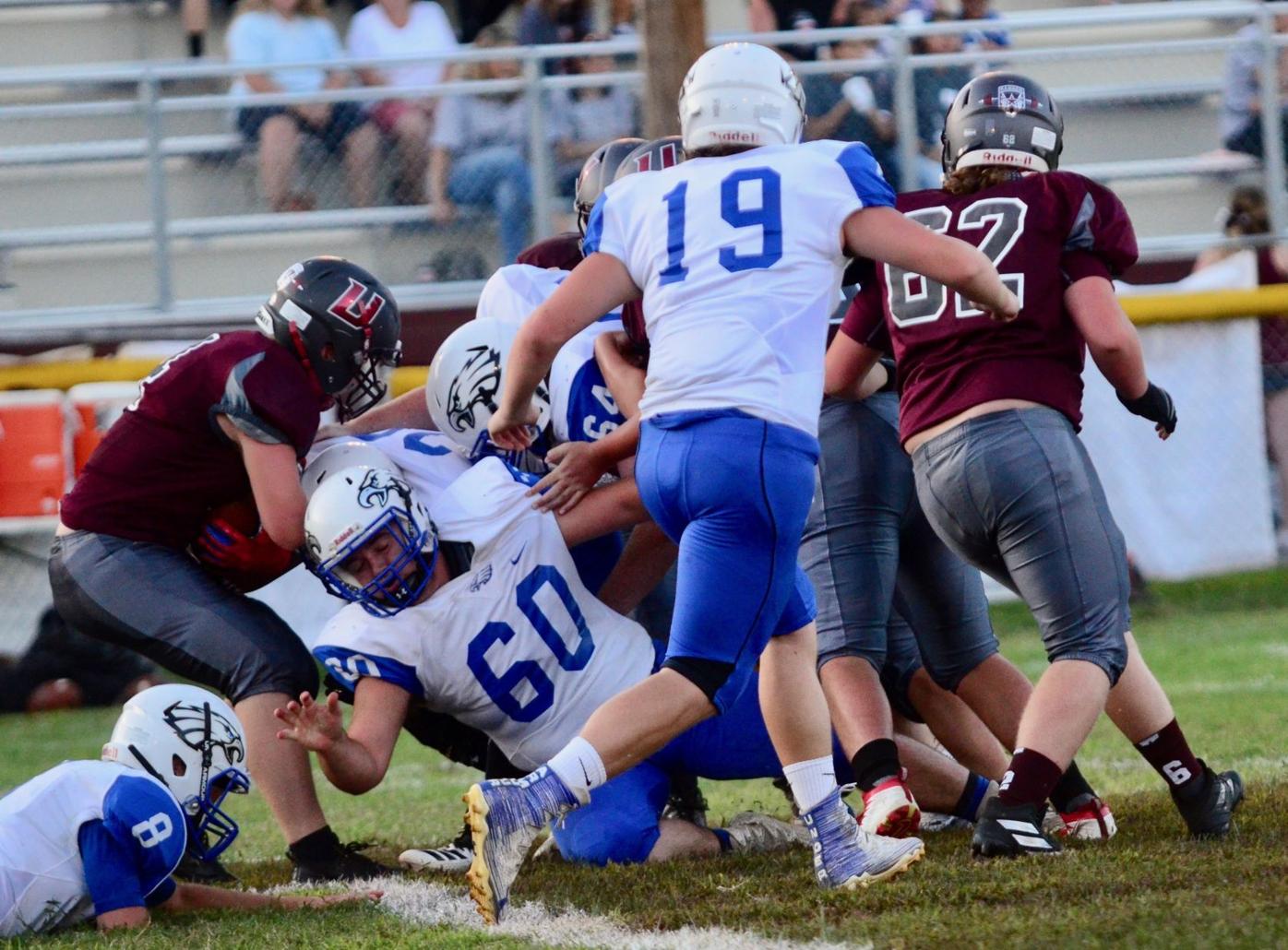 FILE — Cosby’s defensive front crashes in to make a stop in the Eagles’ week two matchup at Unaka in 2019.

FILE — Cosby’s defensive front crashes in to make a stop in the Eagles’ week two matchup at Unaka in 2019.

COSBY—For the fourth time this season, the COVID-19 pandemic has had an affect on the Cosby Eagles high school football schedule in 2020.

For the second time in one season, Cosby and Unaka have had to alter previously laid plans to compete against one another. This time, the game won’t be made up, though.

On Wednesday, Cosby and Unaka officials confirmed that Friday’s scheduled contest would have to be called off due to a COVID-19 incident surrounding the Carter County program.

Unaka had to postpone the two teams’ originally scheduled contest set for Aug. 28, as all Carter County schools were still going through preseason acclimation protocols to prepare for the season.

“We saw this as a winnable game, so we hate to lose it off the schedule,” Cosby coach Kevin Hall said. “Our rivalry with Unaka goes back as far as I can remember. Not having it on the schedule this year is a huge bummer.”

Cosby would have entered Friday’s matchup as winners in five of its last eight meetings with Unaka, including a stretch of three consecutive victories spanning from 2014-2016.

Although the Eagles will score a COVID win over the Rangers in this year’s battle, it’s a game the program didn’t want to miss.

“Our guys were ready to play,” Hall said. “But at the same time this allows us a week to reset.”

Cosby has battled injury issues for the better part of the last 4-5 weeks of the season.

The Eagles have been tasked with moving around parts all over the field, but have been most hampered up front on the line of scrimmage, particularly on the offensive side of the ball.

“At one point last week we had a kid that was 5-foot-8 and 140 pounds playing offensive tackle for us,” Hall said. “We’re moving people around and doing our best to find five people up front that won’t leave us completely out-manned.

“We hate to miss out on playing this game, but a bye was is kind of good for us, right now. We’re banged up pretty good. This gives us an extra week to heal up.”

Although Cosby and Unaka missed out on playing each other in the 2017-2018 seasons, Hall is hopeful the upcoming classification change puts the two programs back in the same classification and region, so it’s a guarantee they can continue their long, storied rivalry.

“We hope to be back in the same region with them starting next year,” Hall said. “I think we will, unless some crazy stuff happens. Even if they’re not, that’s a non-region game we’ll definitely look to keep on the schedule.”

With Unaka’s forfeit of Friday’s game, the Eagles improve to 3-6 on the season. They’ll return to action on the road next Friday, as they make the journey to Campbell County to take on Jellico.