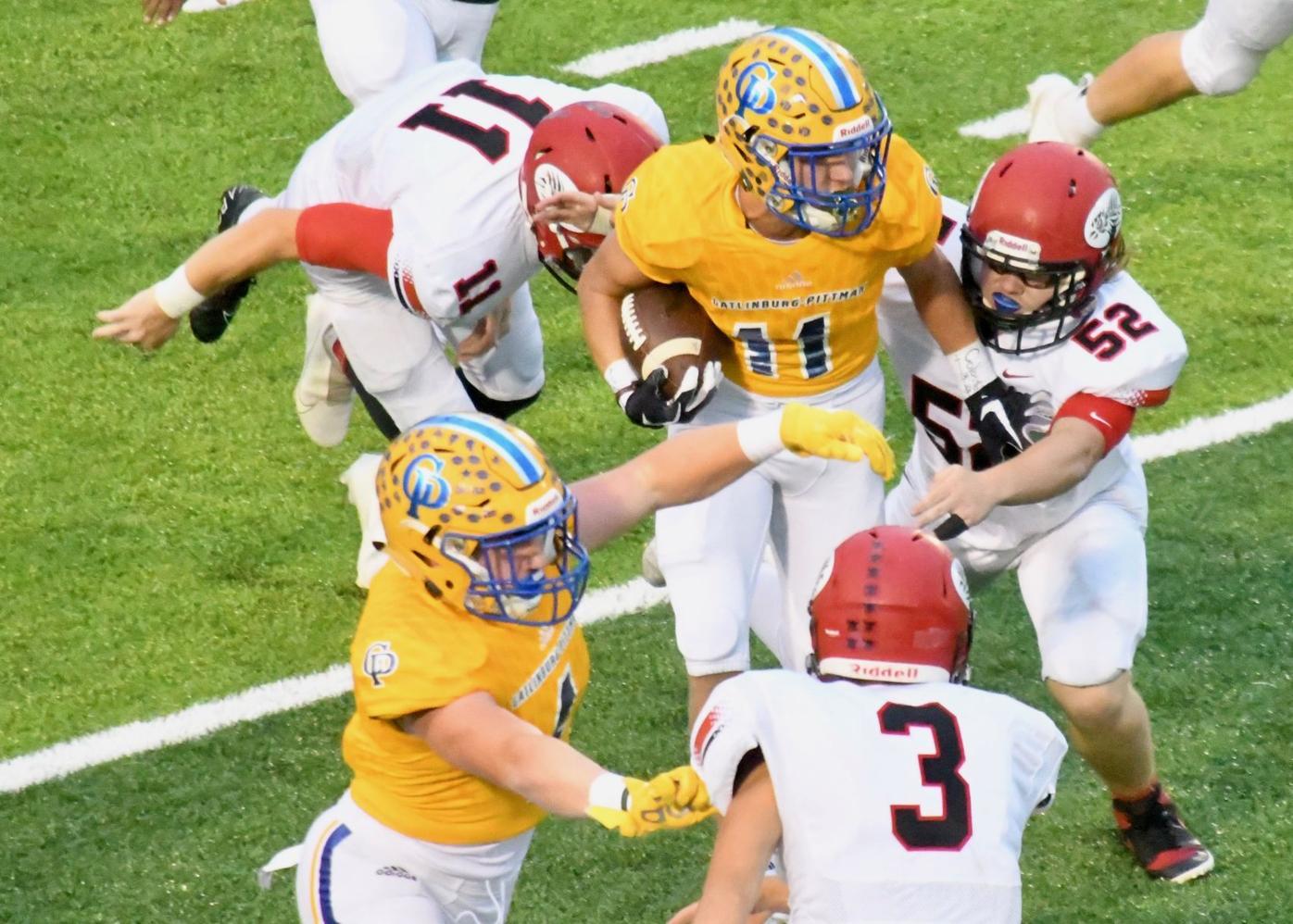 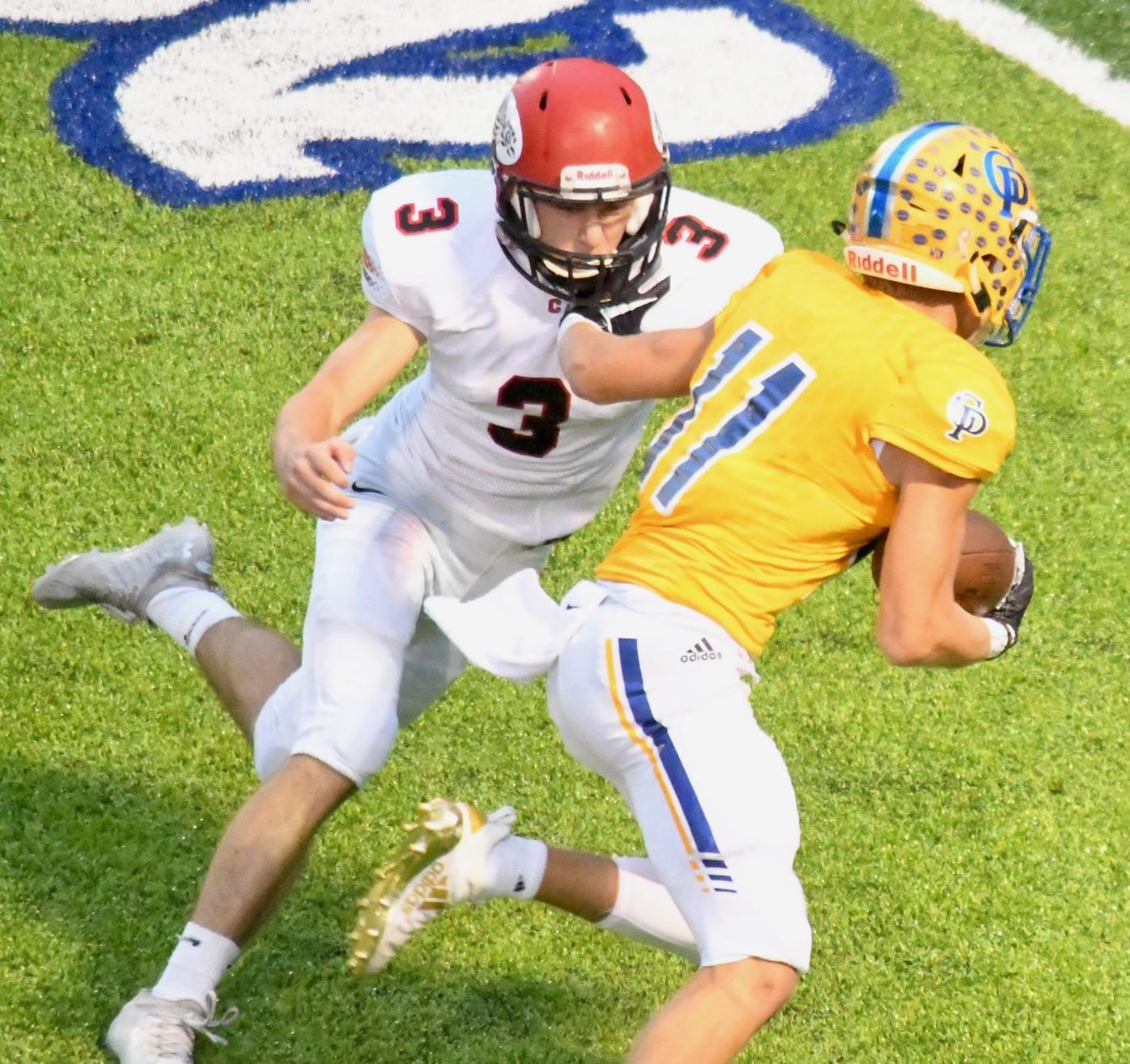 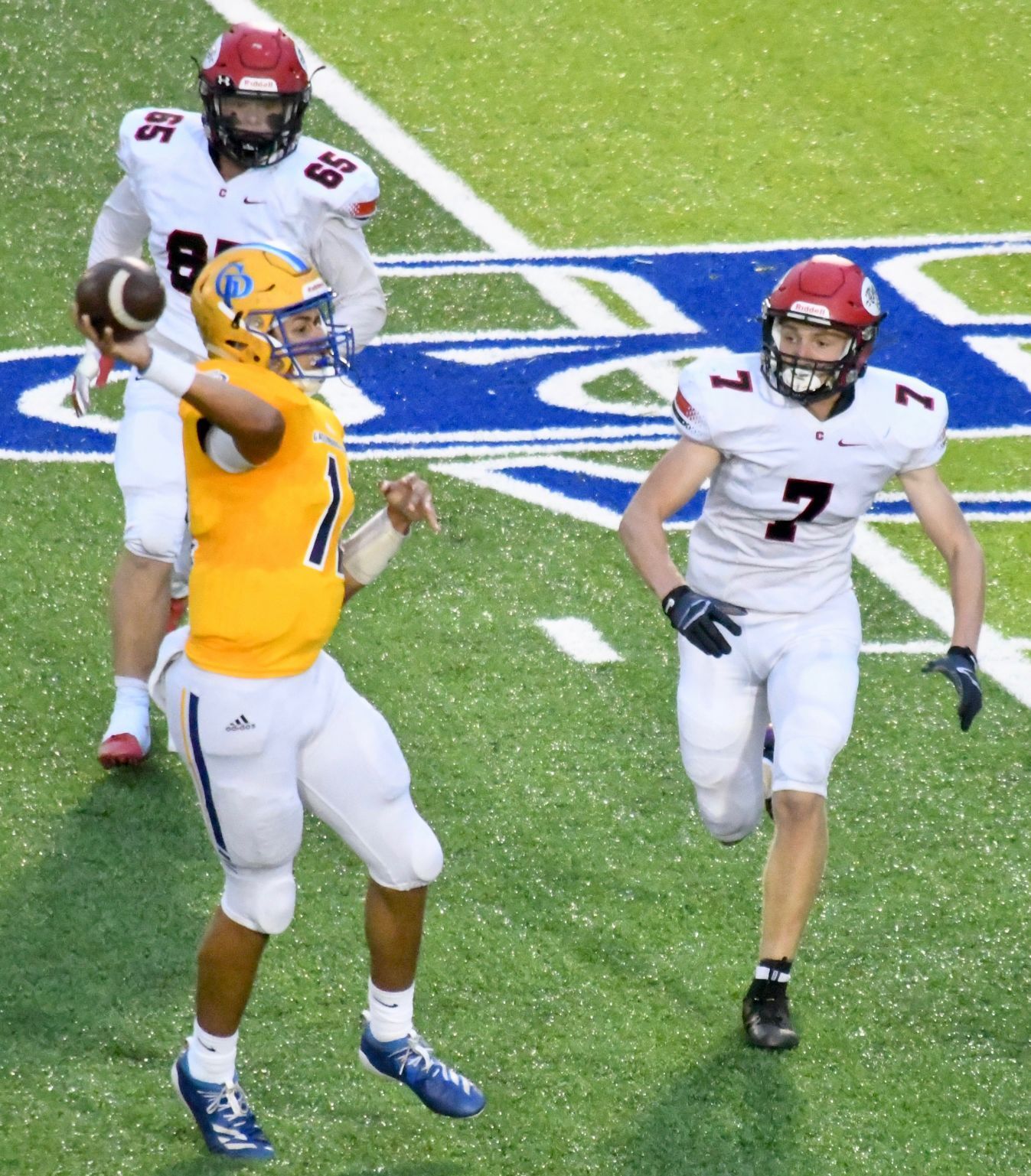 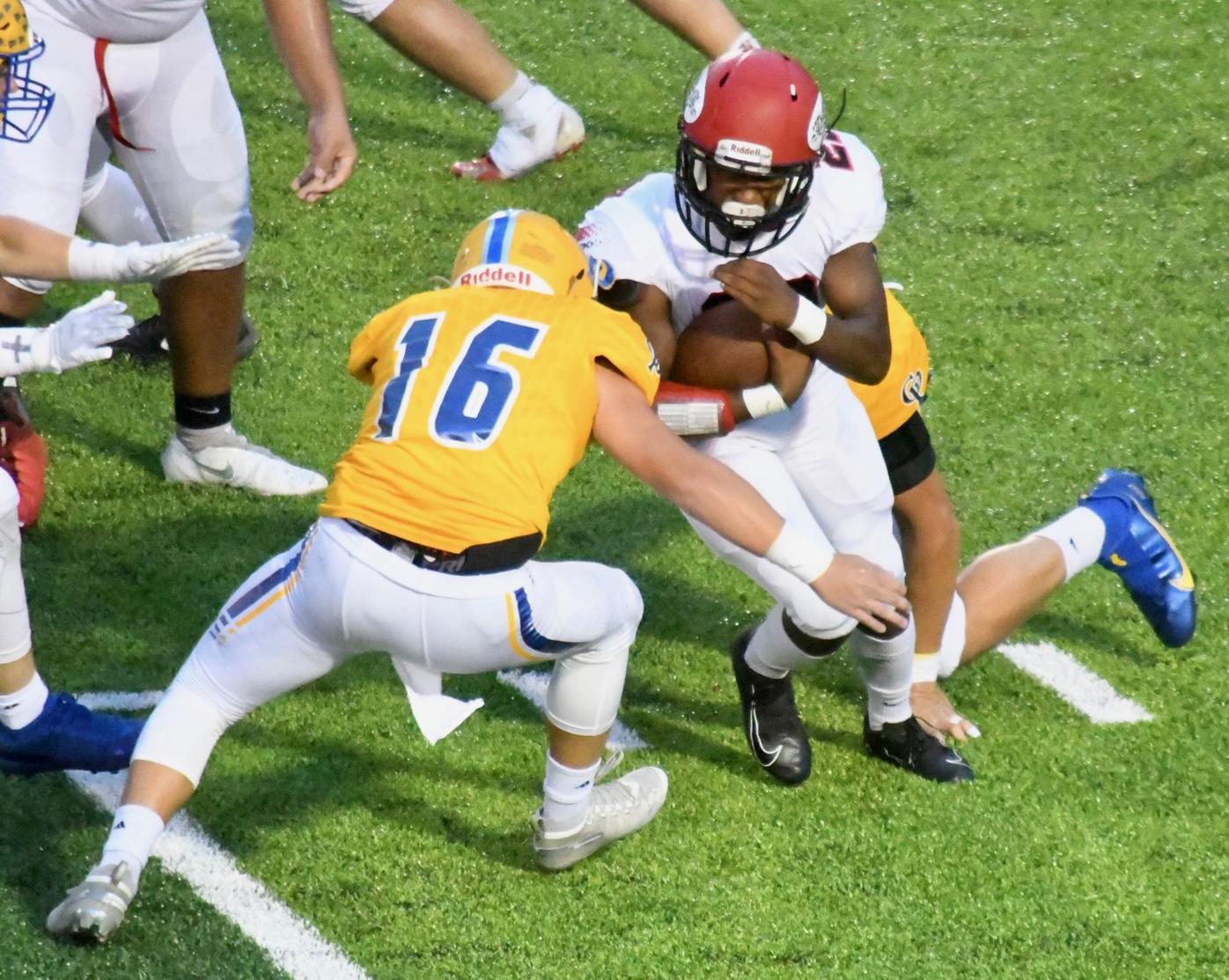 CCHS running back Roman Stewart is tackled by a pair of G-P defenders on Friday night at Hammonds Stadium.

CCHS running back Roman Stewart is tackled by a pair of G-P defenders on Friday night at Hammonds Stadium.

GATLINBURG—With region play looming, the Cocke County High Fighting Cocks needed a boost to carry them into their most important portion of the season.

That wasn’t to be, though. In their final non-region tilt of the year, Cocke County fell to Gatlinburg-Pittman 29-7.

“It’s a whole new season for us starting next week,” CCHS head coach Scotty Dykes. “That’s where our focus is, and has to be as of now. We not only want to make the playoffs, but be top two in our region. These next six games are our opportunity to do that.”

Cocke County’s defense held strong for most of the first half, but after being on the field for the majority of the first two quarters the CCHS defense ultimately began to wilt as fatigue set in.

The Big Red had to defend short fields for most of the night, but didn’t begin to break until late in the first half. As a result, the Highlanders put up 309 total yards of offense.

“Our defense did a fantastic job tonight,” Dykes said. “To hold them to 12 points for most of the first half while having to defend a short field like they did was remarkable. With the majority of the game being played inside our 40 yard-line, my hats go off to them for their effort.”

Cocke County’s defense was led by Landon Lane, Dalton Wilburn and Ian Swafford, who each led the team in tackles with eight.

Freshman quarterback Christian Hoffman had a strong night behind center. He tossed the ball for 171 yards while completing 13-of-21 passes for three touchdowns.

G-P’s senior tailback Conor Reagan helped open up the passing game by rushing for 108 yards. He also secured one of Hoffman’s passing scores in the first half.

Cocke County’s offensive woes continued into week four. Whether it was low production or turnovers, the Big Red experienced it all in regard to negative impacts on the game.

The Fighting Cocks turned the ball over five times, and had just 55 yards of offense before starting the fourth quarter. They would finish the game with 157 yards of offense, still shy of their 171-yard average through three games.

“Obviously we’ve got to find something to help us click offensively,” Dykes said. “We got some things to work for us on that last drive, which could be huge from a confidence standpoint, but we still need more consistency on that side of the ball. We’ve got to start helping our defense out.”

Gatlinburg-Pittman took advantage of favorable field position throughout the first half. After taking the opening kickoff into Cocke County territory, the Highlanders had few snaps take place on their own side of the field.

While the first drive came up empty after quickly getting into the red zone, the second drive they came away with three thanks to a field goal by Bryson Flynn. Flynn would connect on a 23-yarder later in the half, making him 2-for-3 in the first half.

Flynn would finish the night with three makes, capping his night with a 47-yarder in the fourth quarter.

Hoffman atoned for the first touchdown of the game, as he found Reagan for a four-yard score early in the second quarter to give G-P a 9-0 lead with 7:22 left in the first half. Hoffman would have his second score shortly before halftime, as he connected with Ethan Stinnett on an 11-yard strike to extend the lead to 19-0 at the break.

Turnovers were an issue again for CCHS. The Fighting Cocks turned the ball over three times in the first half, allowing G-P to take advantage of short fields on multiple possessions.

“The fumbles are inexcusable,” Dykes said. “We had just one fumble all year coming into tonight. Then we had four in just this game. That’s uncharacteristic of what we’re trying to build. We’ve got to go back to work to correct those things.”

The Big Red turned the ball over six times in last year’s meeting, which played a big role in the lopsided victory for the Highlanders a year ago.

Gatlinburg-Pittman added a touchdown in the second half, as Hoffman tossed his third and final touchdown of the night on a six-yard pass to Houston Byrd.

Cocke County finally got on the board with 3:55 left in the game, as Baylor Baxter snuck in from a yard out to avoid the shutout.

CCHS opens Region 1-5A play next week, as it hosts David Crockett on Friday at Larry Williams Stadium. Friday also marks the program’s annual homecoming event, and comes just before the Fighting Cocks’ open date for the year.