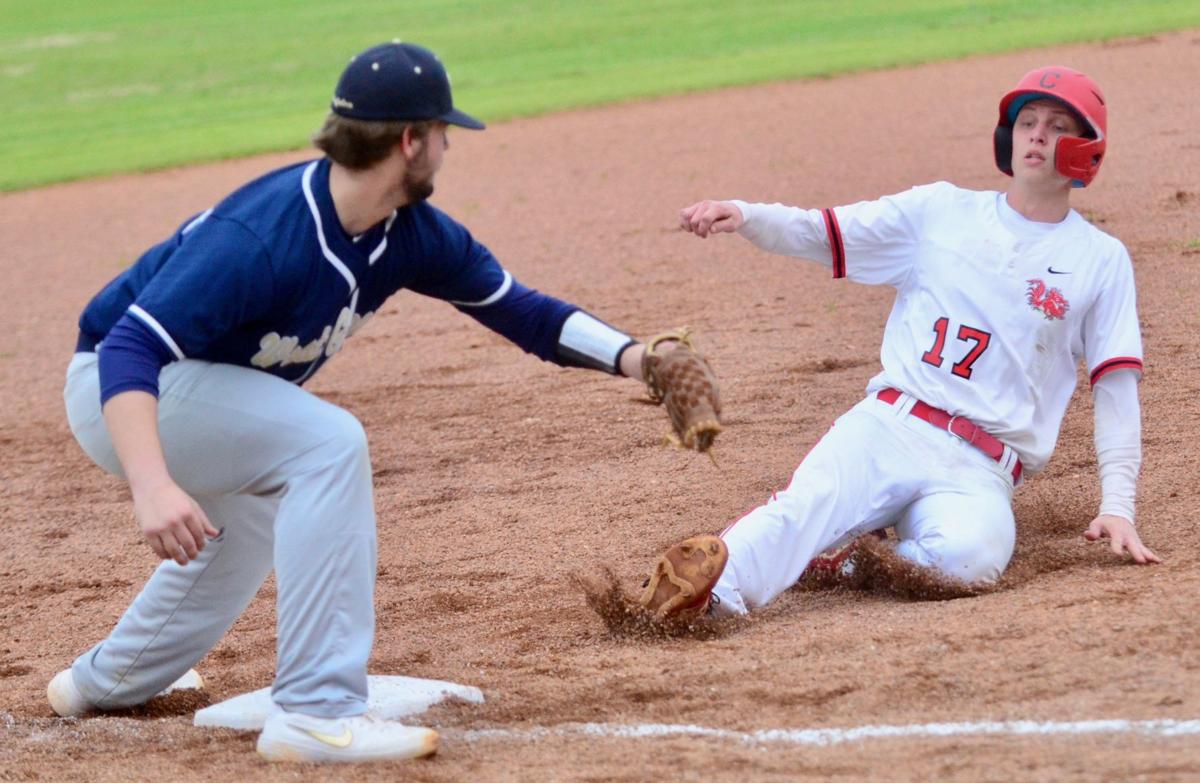 Cocke County’s Hunter White slides past the tag into third base during Thursday’s victory over West Greene. 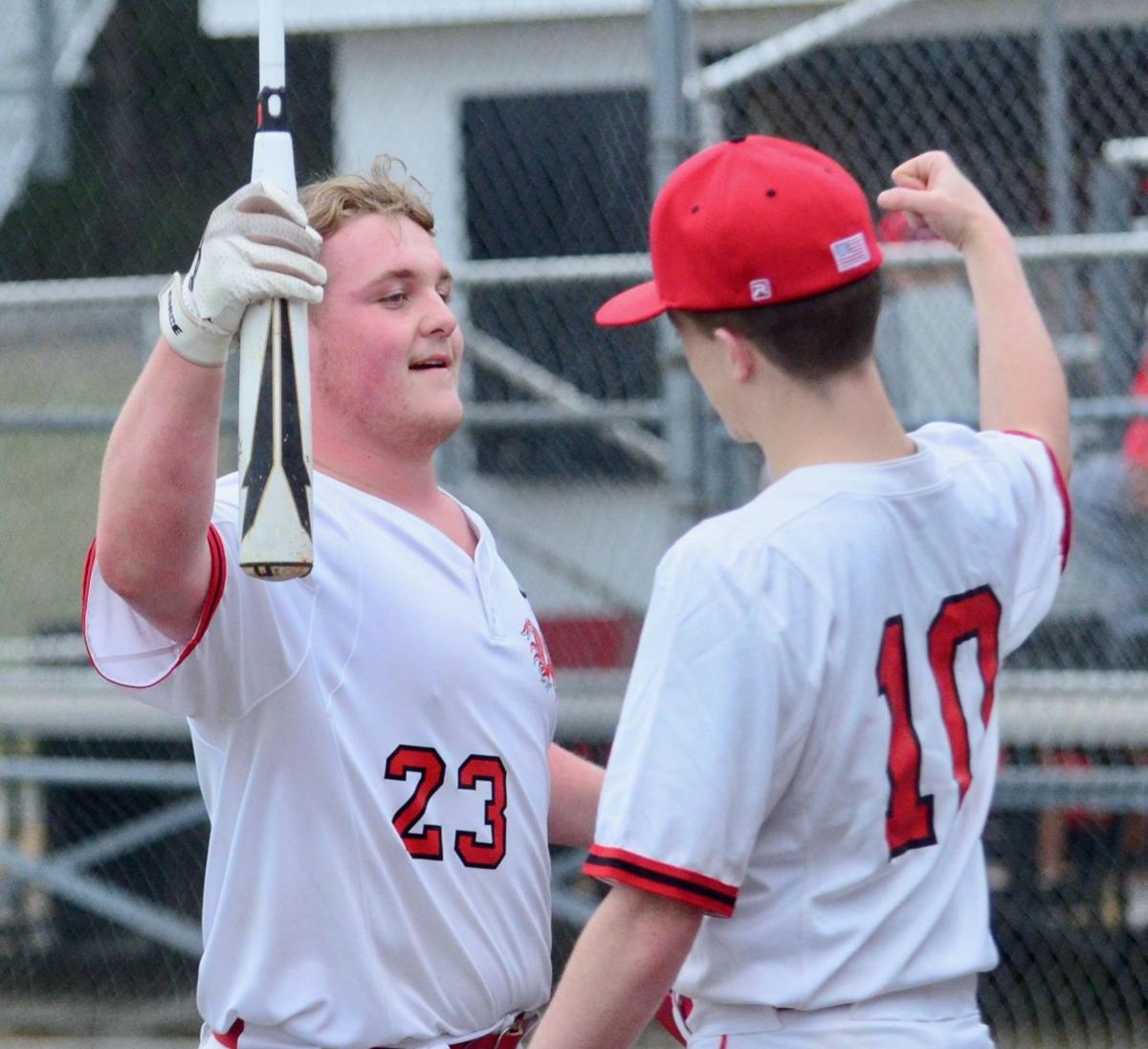 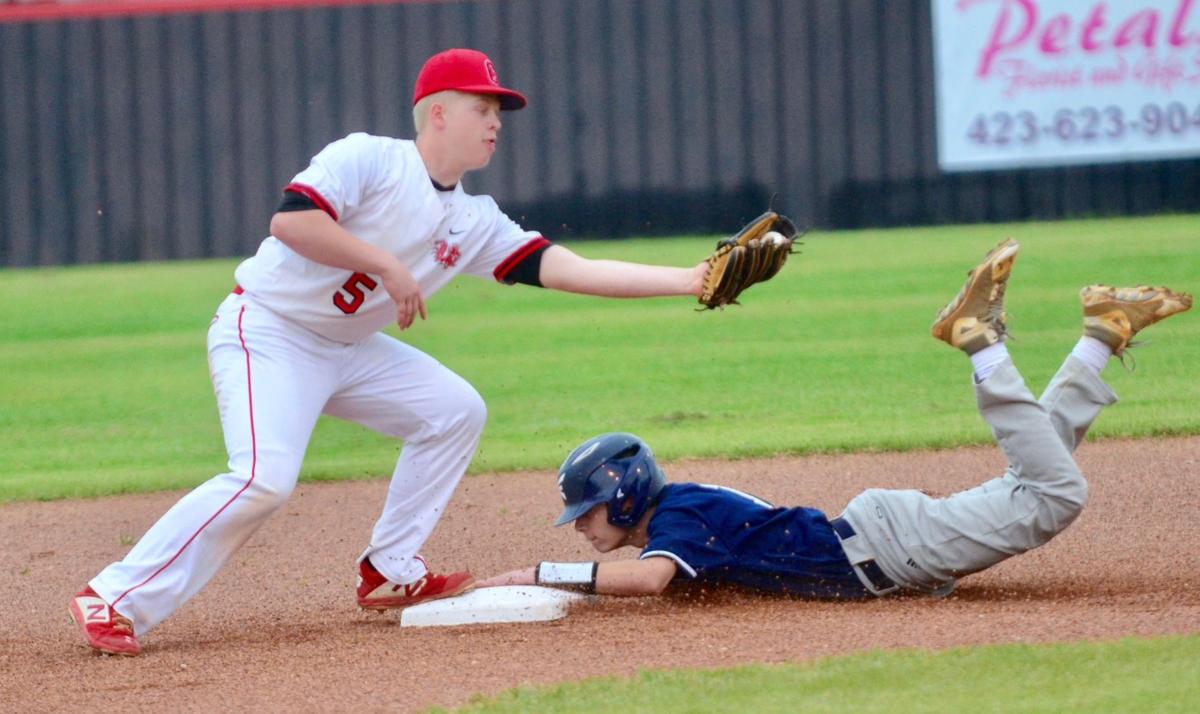 Cocke County's Dylan Ellison attempts to tag out a runner at second base during Thursday's win over West Greene. 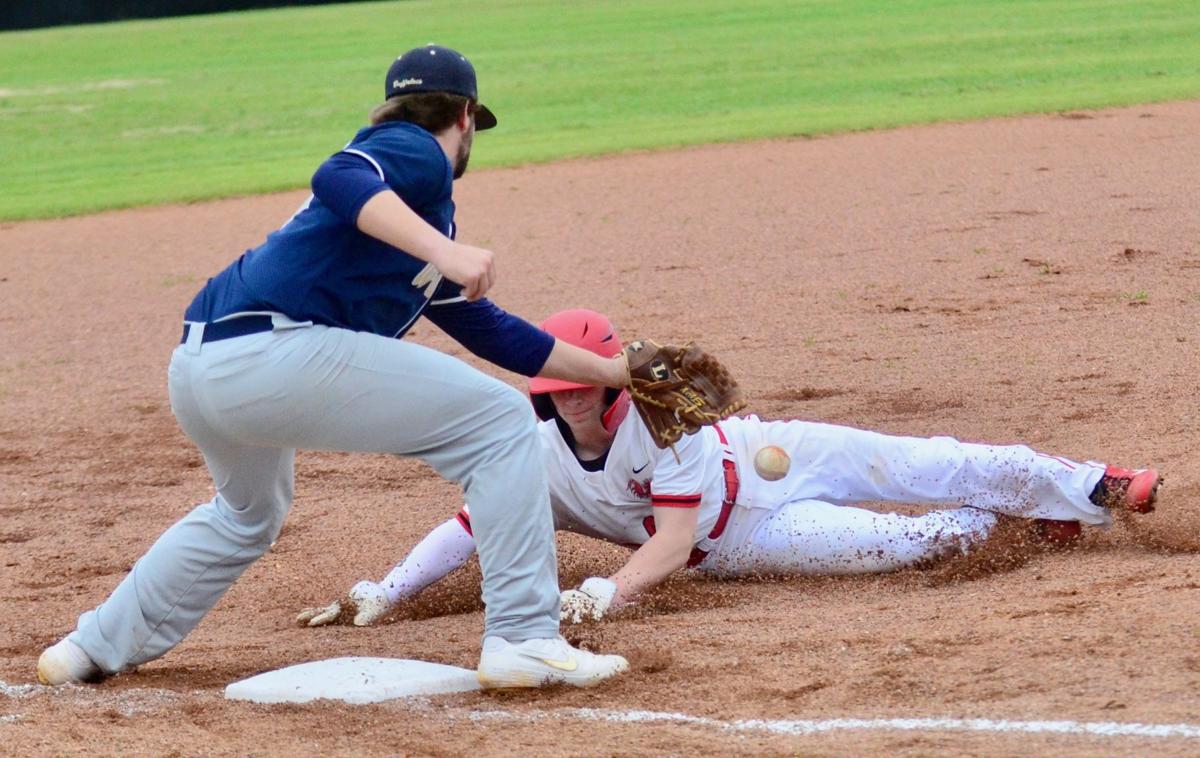 Cocke County’s Hunter White slides past the tag into third base during Thursday’s victory over West Greene.

Cocke County's Dylan Ellison attempts to tag out a runner at second base during Thursday's win over West Greene.

NEWPORT—After a heartbreaking start to the 2020 campaign, the Cocke County High Fighting Cocks broke into the win column before the first week of the season came to a close.

Churning out 13 hits on the night the Big Red rang in double-digit runs on the board en route to an 11-7 victory over the West Greene Buffaloes on Thursday night.

“Really proud of our boys and happy to see them experience a win,” CCHS coach Andy Chrisman said. “They’ve worked really hard all offseason and it’s good to see them reap the rewards from that. Our first two games were both heartbreakers, so getting one back tonight was good for our guys.”

David Stinnett had one of the more efficient outings for Cocke County (1-2) at the plate. He was 4-for-4 before his final at-bat in the bottom of the sixth when he lined out to left field.

“I wish I could multiply (Stinnett),” Chrisman said. “He’s a great kid with a great family behind him. The kid works hard and is a fantastic young man. Really proud of him and the way he’s playing to start the year.”

Still batting .800 for the night, Stinnett also rung in three runs with his performance at the plate.

The Fighting Cocks posted at least one run in every inning played except for one on Thursday night.

“This group can score in a variety of ways,” Chrisman said. “They’re not a selfish group. We’ve challenged them to work on their backside hitting, and it’s good to see them take that on and find ways to put more pressure on teams with the way they can hit.”

The Big Red broke on the board first wit a pair of runs in the first. Jacob King rang in the first run with an RBI single. Dylan Ellison added another run on a two-out single to put CCHS ahead 2-0 to start the night.

West Greene got on the board after a Cocke County error, but the Fighting Cocks responded with two more runs in the home half of the second to extend their lead to 4-1.

After Hunter White and Kameron Wheeler each singled to get on, Stinnett brought them both home with a two-RBI double driven into center.

The Buffaloes went down in order in the third, but held Cocke County to its only scoreless inning of the night in the bottom half.

Kaleb Sciarra’s RBI triple and a sacrifice RBI from Kenton Cobble brought West Greene back within one going to the bottom of the fourth, but CCHS doubled up on them with four runs of their own.

Four hits led to the four runs to extend Cocke County’s lead. Ellison, Bryce Click and Bradyn Long each atoned for RBIs in the inning. Long crossed the plate for the fourth run of the frame after a wild pitch to make it an 8-3 ballgame.

White got across after a dropped called strike three, and Stinnett punched out his third RBI of the night on his fourth consecutive hit of the game to give Cocke County a 10-3 lead going to the sixth.

The Buffs threatened late with a four-run surge in the sixth. The Big Red added an insurance run in the home half of the frame to take an 11-7 lead into the top of the last inning.

White took the mound for the final inning and sat West Greene down in order to secure the victory.