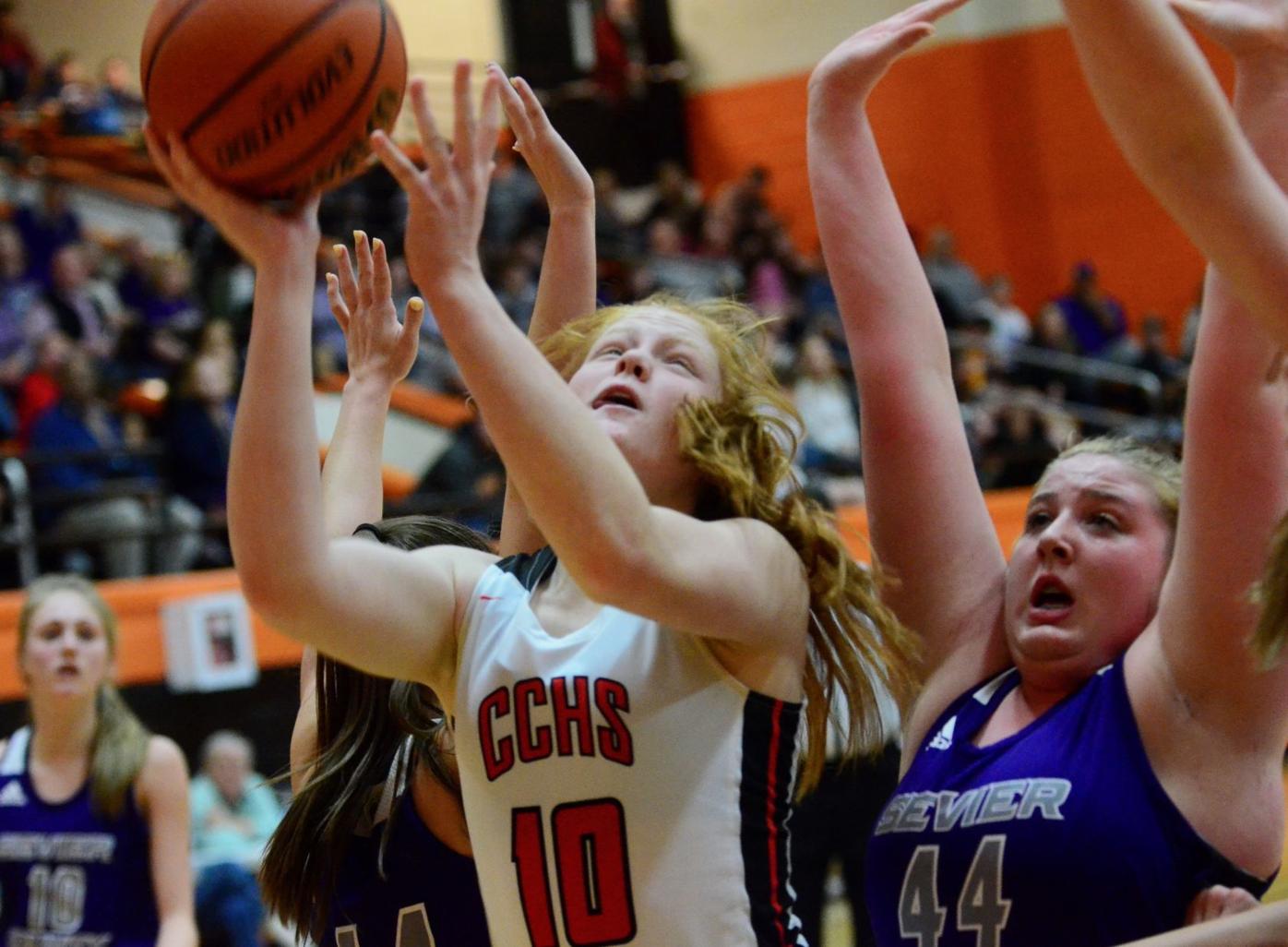 Cocke County freshman Paige Niethammer muscles up a shot at the rim in Friday’s District 2-AAA semifinal at Morristown East against Sevier County. 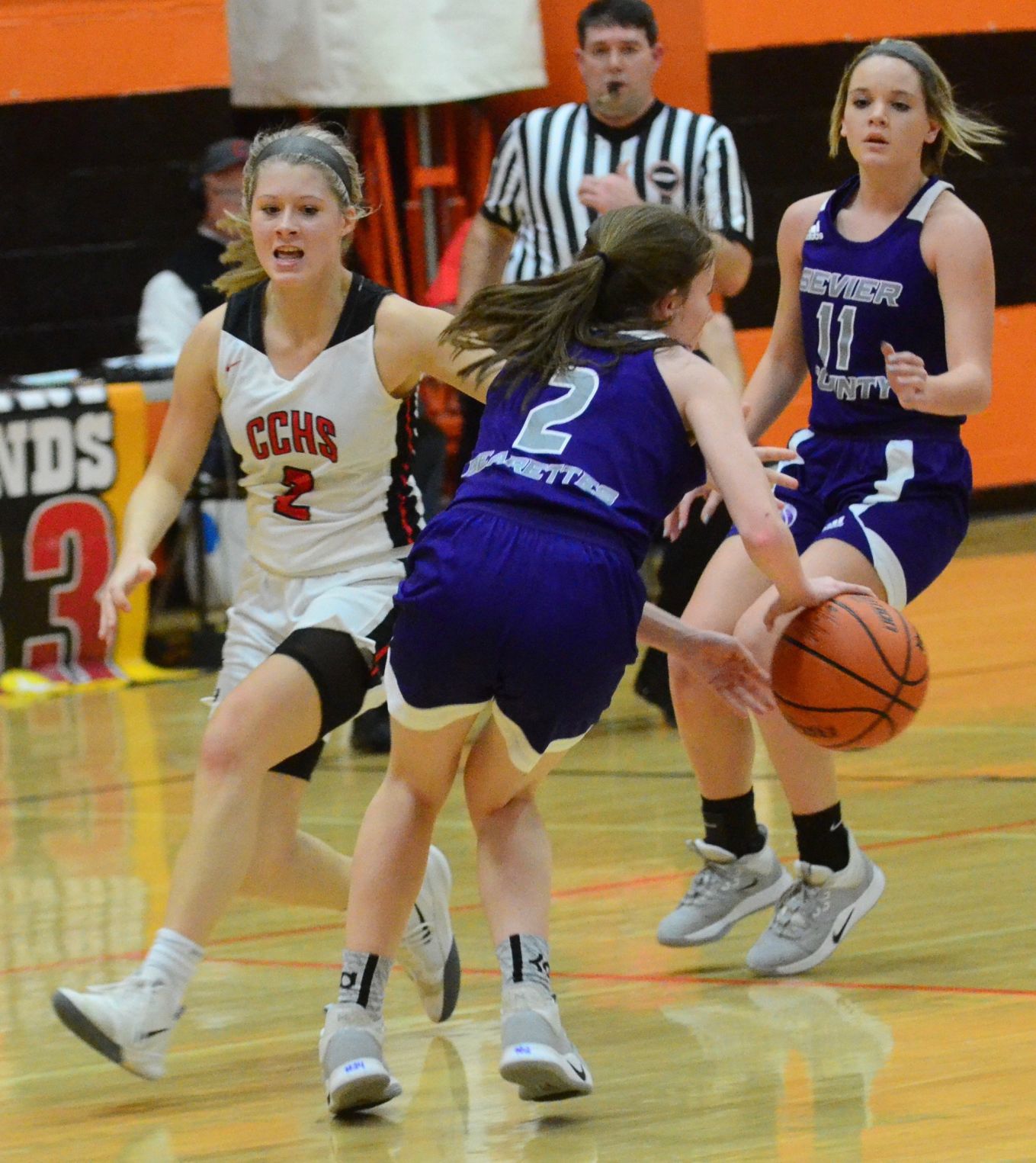 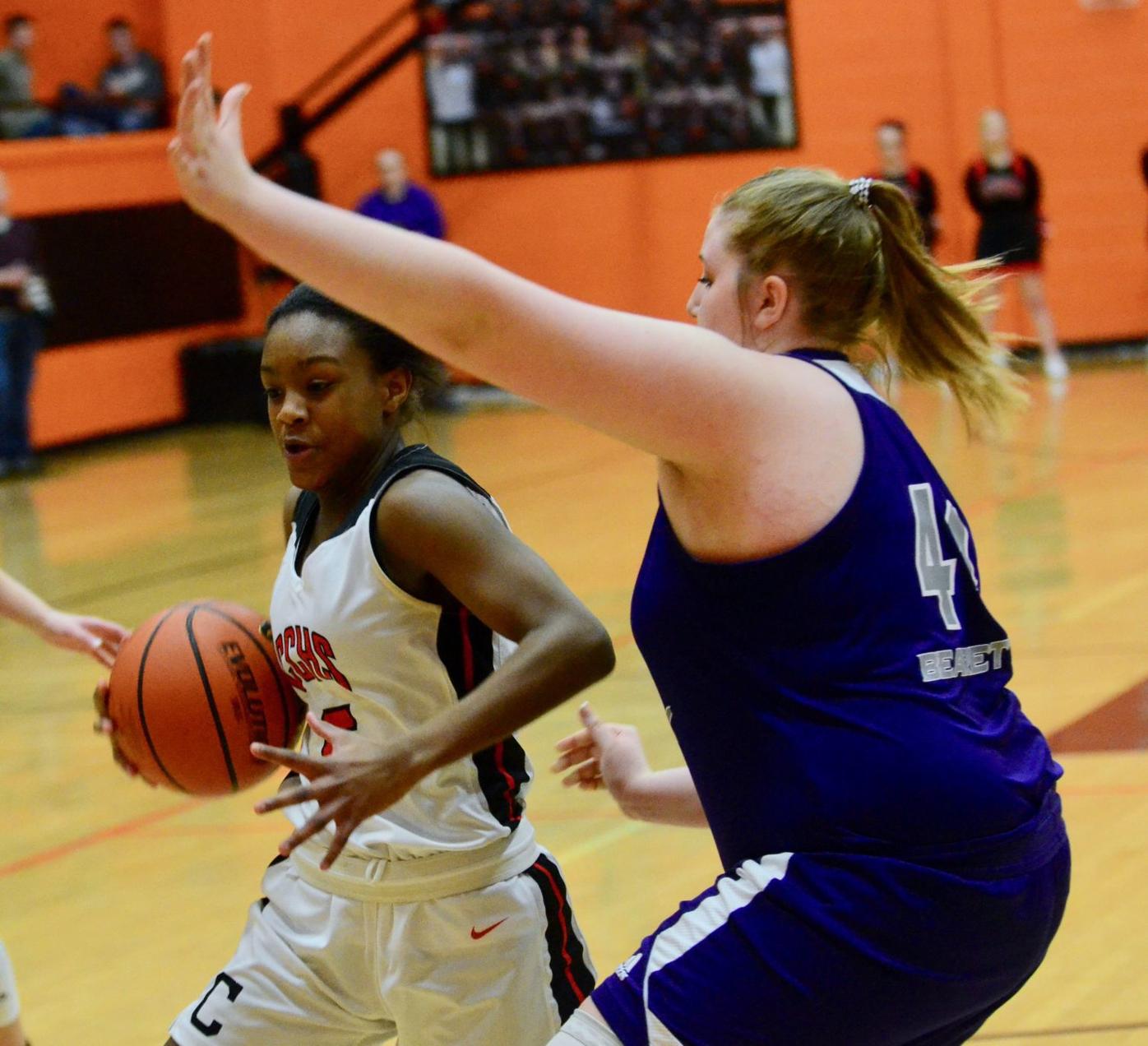 Cocke County freshman Paige Niethammer muscles up a shot at the rim in Friday’s District 2-AAA semifinal at Morristown East against Sevier County.

All seemed right for No. 2 Cocke County against No. 3 Sevier County in Friday’s District 2-AAA semifinal at Morristown East. Unfortunately, the Lady Red’s chances began to disappear as the Bearettes of Sevier County bounced back in the second quarter to lead the rest of the way for a 51-44 victory.

“I hate that we can’t play for a district championship,” Cocke County’s coach Jeremy Byrd said. “We weren’t too down after this loss. We know our season is still alive and we have to be ready to keep it alive by playing hard. I know we can’t win our district now, but we still have the chance to do some incredible things.”

Despite the loss, Cocke County (15-12, 8-5 District 2-AAA) is not out of it yet. The Lady Red are locked up for two more games — one being today at 3 p.m. against Morristown West in the Consolation Game.

The Lady Red only had one player in double figures with Camryn Halcomb’s team-high 13 points. Sydney Clevenger finished with nine and Jaylen Cofiend tallied eight points.

Sevier County’s duo of Amanda Clabo (16) and Mackenna Loveday (15) combined for 31 points — 27 of those points coming in the last three quarters.

As a majority of the points for Clabo and Loveday came in the last three quarters, so did all of the Bearettes. After a three-point advantage at the end of one, Cocke County was stunned by Sevier County.

“We came out with a lot of energy,” Byrd said. “After that, we began to flatten out. In two quarters we went into a hole and could never dig ourselves out. We had turnovers and Sevier had turnovers, but we could never capitalize from the turnovers as they did.”

The Bearettes surprised the Lady Red with a 22-6 run at the end of the second and beginning of the third. The run allowed Sevier County to build a 10-point advantage in which Cocke County could never steal.

The Lady Red cut it to just five in the closing seconds, but a 15-of-20 showing from the line edged Sevier County the win.

“We were anxious for this game after having two weeks off,” Byrd said. “That time off is no excuse. We needed to be ready to play basketball. I know we can do a better job in a lot of the areas tonight.”

Halcomb ignited the Lady Red’s scoring with her triple, but a back-and-forth battle for the lead followed.

Sevier County grabbed the lead once in the first quarter as Cocke County led the rest of the way with defense turning into offense.

The Lady Red forced five turnovers to end the quarter with an 11-8 advantage.

Cocke County’s lead jumped to 14-8 after a triple from Sydney Clevenger started the second quarter, but it was a downward spiral for the Lady Red from there.

The Bearettes caused seven turnovers against Cocke County and turned the extra possessions into points.

The first half ended on a 13-4 run by Sevier County thanks to its defense also causing a five-minute scoring drought against the Lady Red.

“We had to settle down and just play basketball,” Byrd said. “We kept thinking and thinking of ‘what if’. Sometimes you play against a zone not shooting the ball very well and this is the outcome.”

Sevier County had a strong start to the third quarter by building its advantage to 30-20 after a 9-2 run.

Suddenly, the Bearettes’ scoring came to a stop with Cocke County’s defensive pressure kicking it up a notch.

The lead was cut to just four at the beginning of the fourth quarter, which opened up the game for the Lady Red.

Cocke County stayed within single digits until Sevier County capitalized on its free throws down the stretch, extending the lead back to 10.

“I wish I had a timeout in the end,” Byrd said. “We could’ve had some big things happen if I was able to communicate with them in the end. It was hard to do that yelling from across the court.”

The Lady Red faced foul trouble and were out of timeouts in the final minute of the fourth, which gave Sevier County the advantage closing the game.