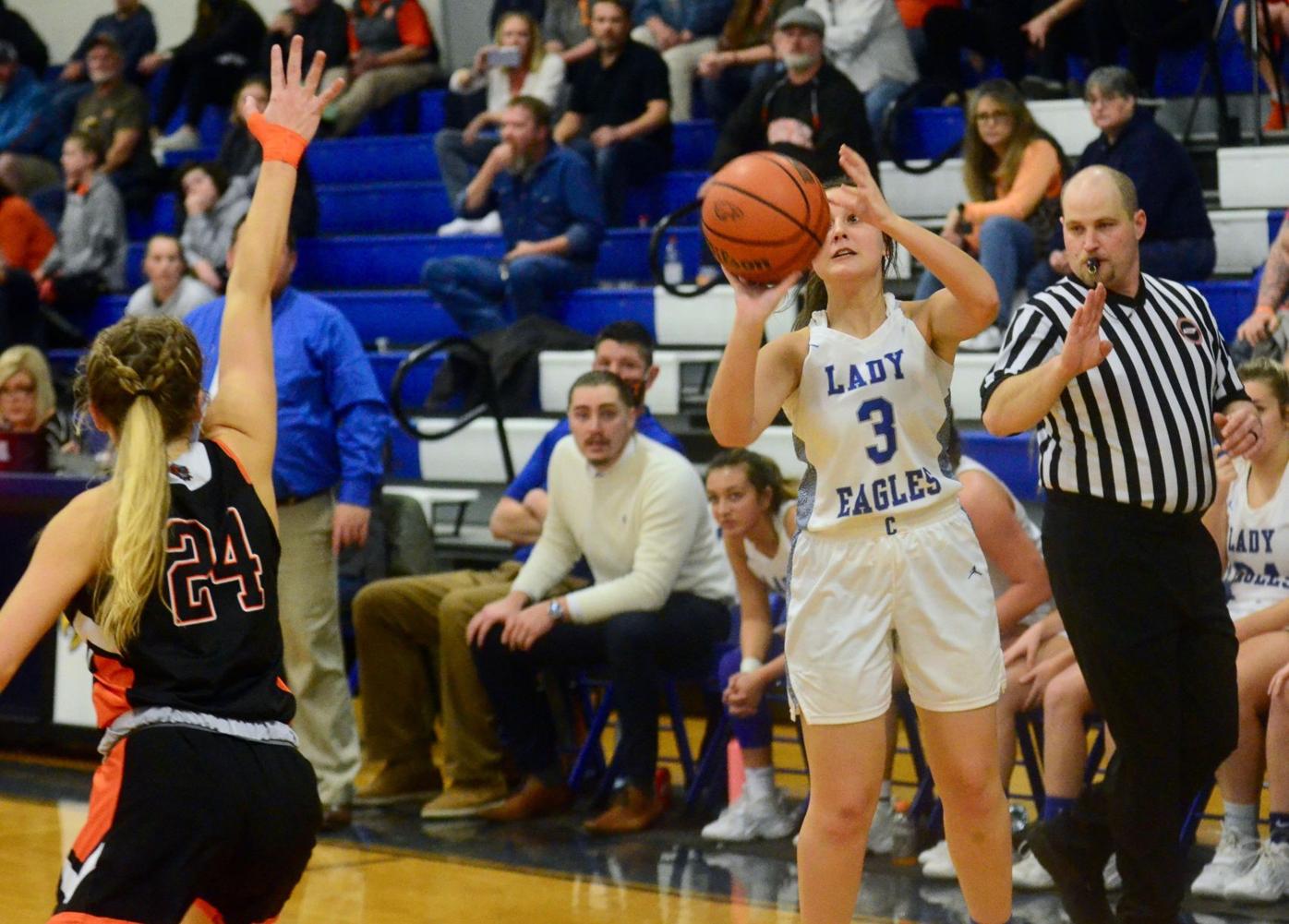 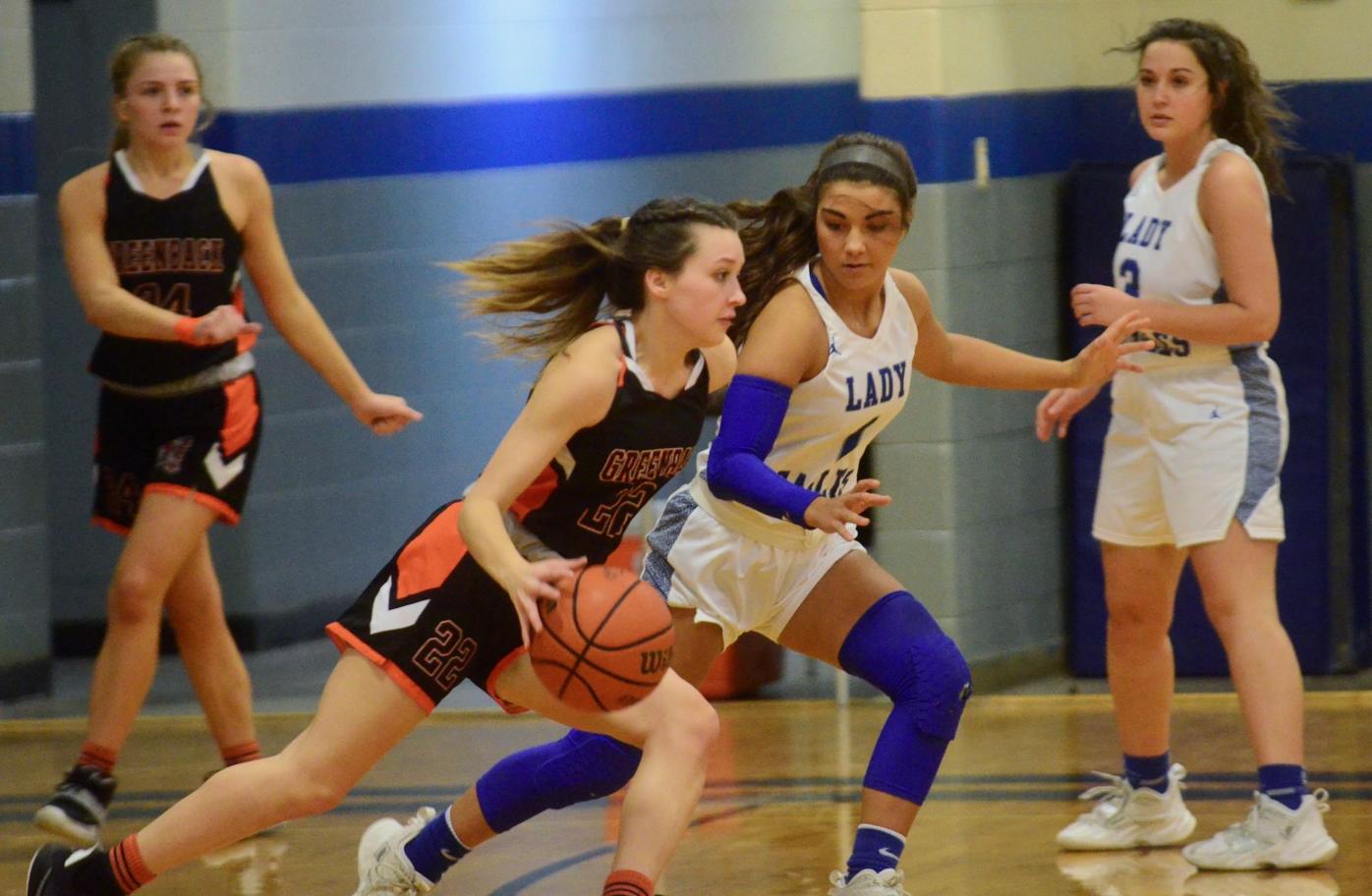 Cosby senior Bralyn McGaha guards on the perimeter during Monday’s District 2-A Championship game against Greenback. 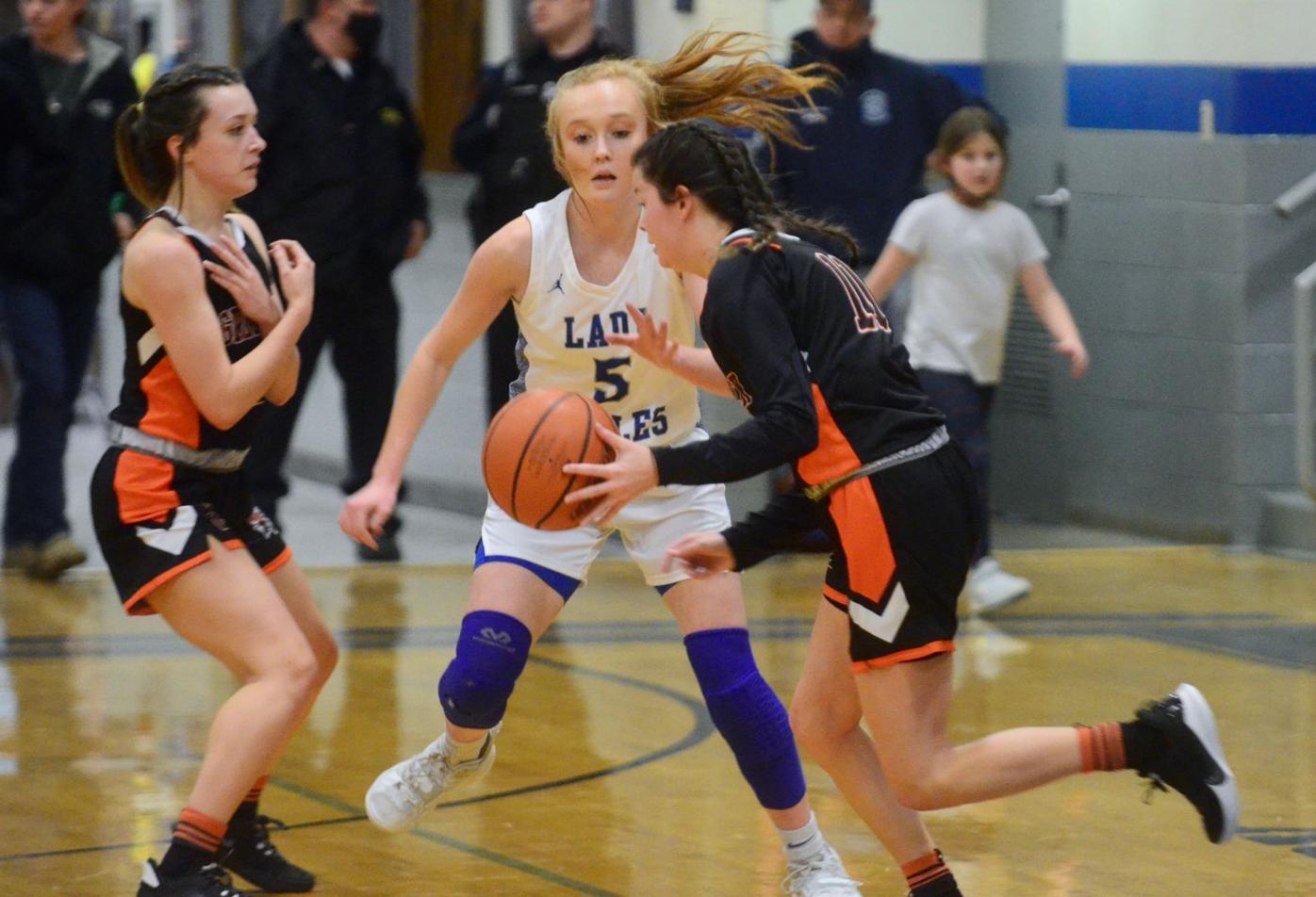 Cosby senior Leia Groat defends on the perimeter during Monday’s District 2-A Championship game against Greenback. 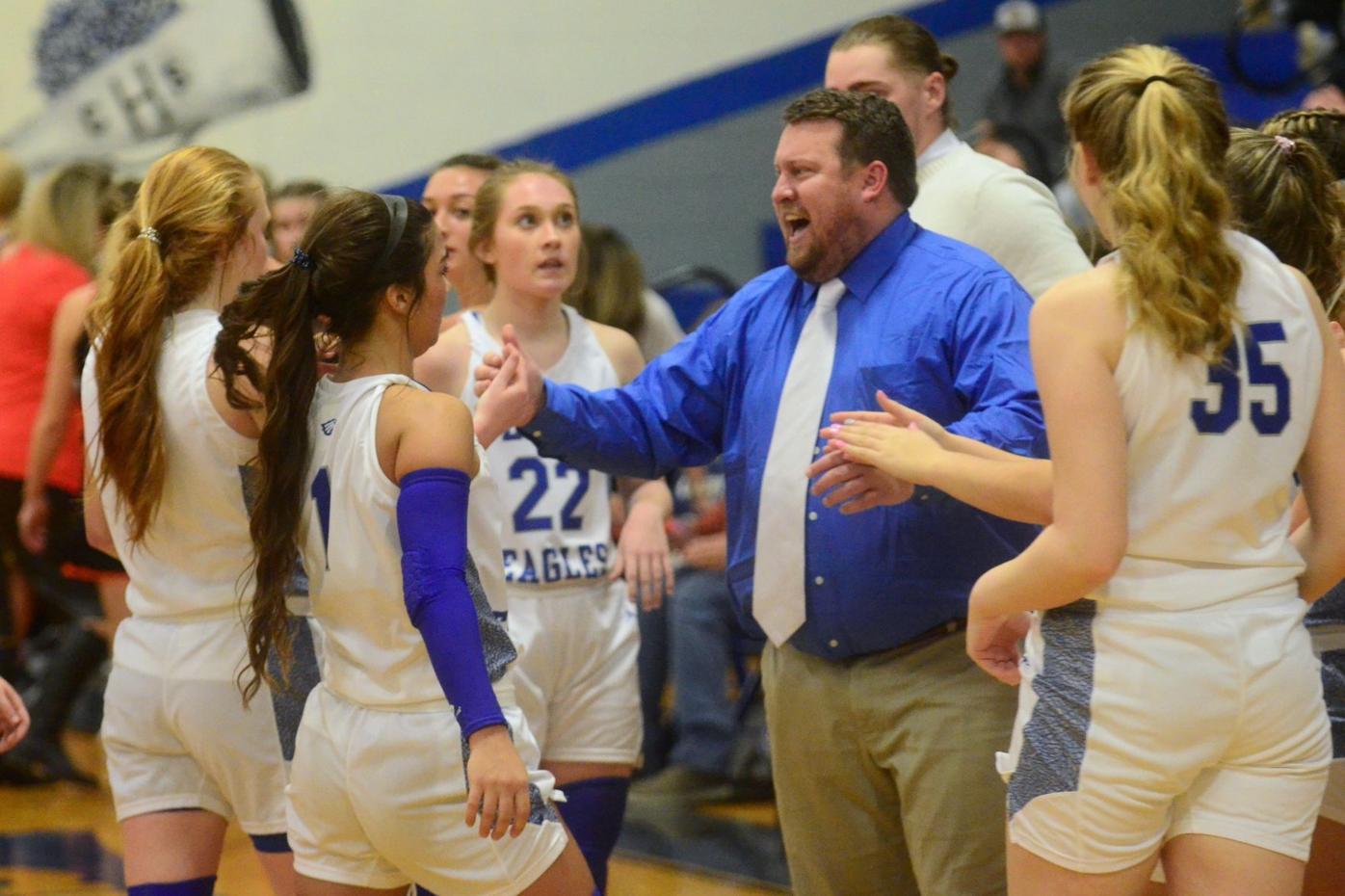 Cosby coach Cody Lowe (center) celebrates with the Lady Eagles during a timeout after they scored during the second half of Monday’s District 2-A Championship game against Greenback.

Cosby senior Bralyn McGaha guards on the perimeter during Monday’s District 2-A Championship game against Greenback.

Cosby senior Leia Groat defends on the perimeter during Monday’s District 2-A Championship game against Greenback.

Cosby coach Cody Lowe (center) celebrates with the Lady Eagles during a timeout after they scored during the second half of Monday’s District 2-A Championship game against Greenback.

COSBY—With a chance to make history on Monday, the Cosby Lady Eagles faced an uphill battle after a messy start.

Cosby trailed 17-11 early in the second quarter, which came after Greenback closed the first on an 8-0 run to take the lead in the first half.

Once the Lady Eagles responded with a 9-0 run to lead by three, though, they never trailed the rest of the night.

It’s no secret that district titles are expected at Cosby. It’s been that way for several decades, and rightfully so given the proud history of the program.

This year’s annual title chase was a little different, though.

The group of freshmen head coach Cody Lowe inherited upon taking over the program ahead of the 2017-18 season became seniors this year.

So, even though a district title was once again the expected outcome on Monday night, actually attaining it was just another accomplishment listed in an impressive resume for this group of seniors.

“Different players step up at different times, and that’s what I like about this team. I don’t feel like we every have to rely on one person to carry the load.”

Regardless of where the postseason takes these Lady Eagles from here, or how their time with the program eventually ends, what they accomplished on Monday is truly an incredible feat.

Regardless of who the opponents are each season, being able to win every single time out against the teams that know you the best is no easy task.

That’s been the story for the 2021 Cosby Lady Eagle seniors, though. Nothing has come easy for them, yet they’ve continued to break down barriers as they’ve set the new standard for the program for years to come.

In the first half alone Cosby went through it all.

Three starters had to sit for extended minutes due to various reasons.

Whether it was District 2-A Player of the Year Leia Groat having to briefly leave the game due to a mid-game illness, or foul trouble for All-District selections Bralyn McGaha and Lauren Ford, the Lady Eagles had to dig deep all night to pull out the 4-peat they desired.

Last year, all of these issues could’ve been a problem.

Cody Lowe’s rotation didn’t run particularly deep a year ago. So, missing three starters would’ve been a major blow at this time of year.

“We faced adversity all night,” Lowe said. “Lauren (Ford) had some bad breaks with foul trouble. Bralyn got in foul trouble, too. I thought our bench did some great things for us.

“Tessa (McGaha) came in, as did Ali Smith, and gave us some great minutes. It kept us afloat when things could’ve went south for us.”

Although the bench only had three of the Lady Eagles’ points in the win, it’s what they were able to do from a defensive standpoint and supportive role on offense that helped guide them to a fourth consecutive district title.

Cosby held Greenback to just five points in the third, a quarter in which the Lady Eagles had at least three starters on the bench for most of the period.

“This was just a great team effort for us,” Lowe said. “And I’m not surprised. I see it every day in practice. The way we compete and push each other. This group is special.”