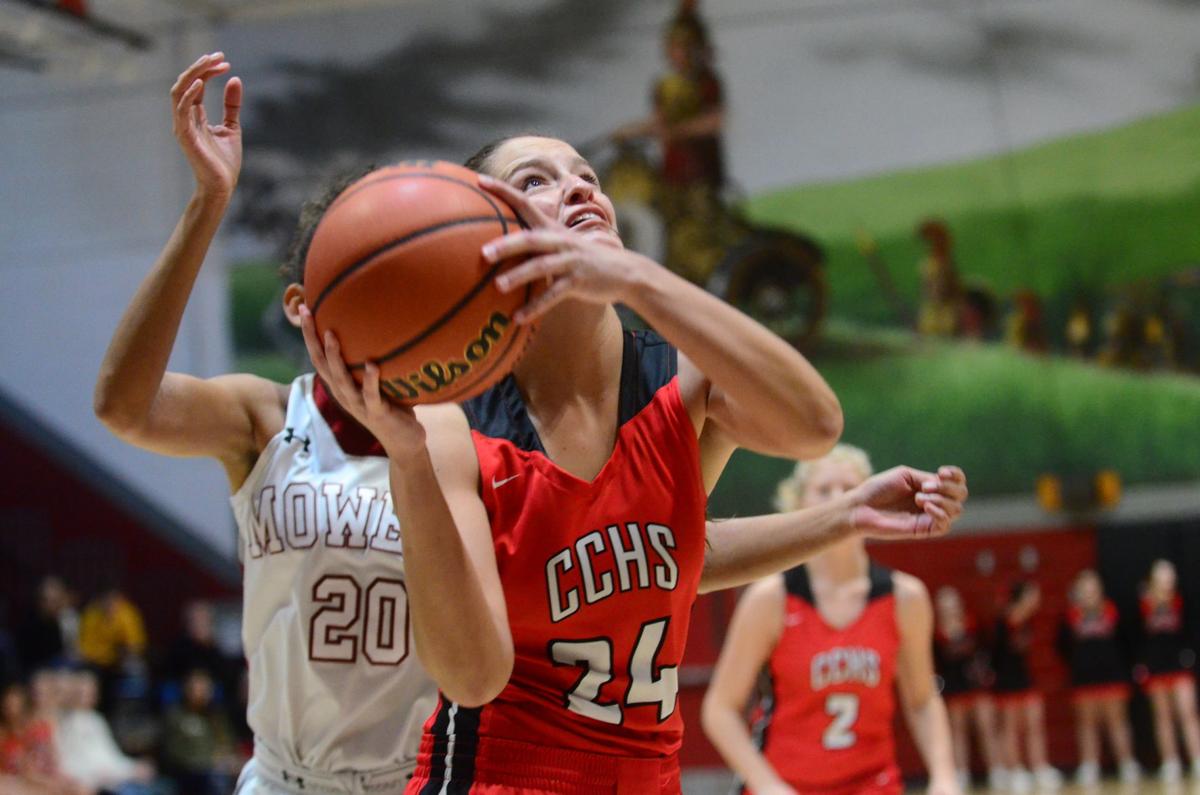 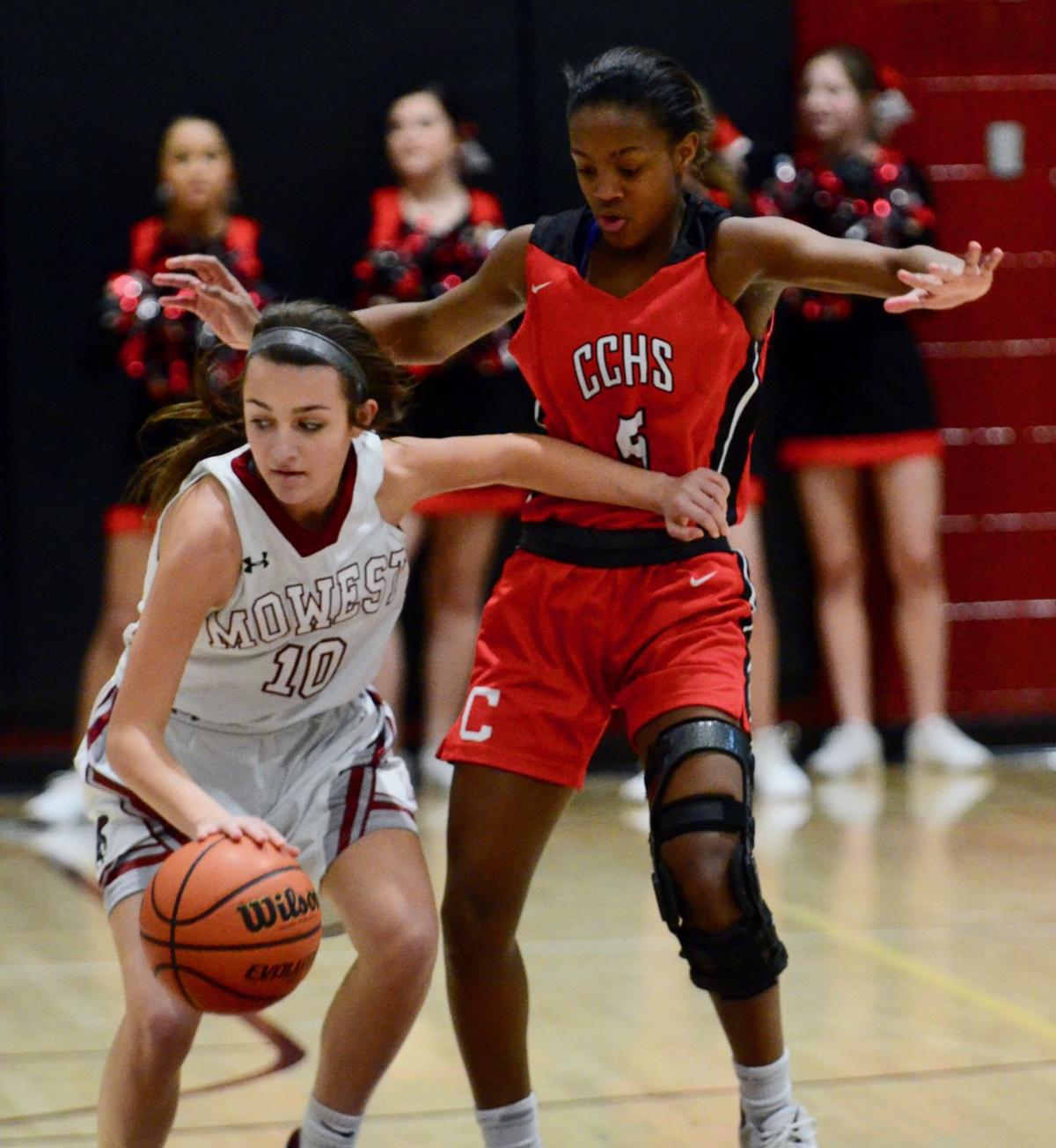 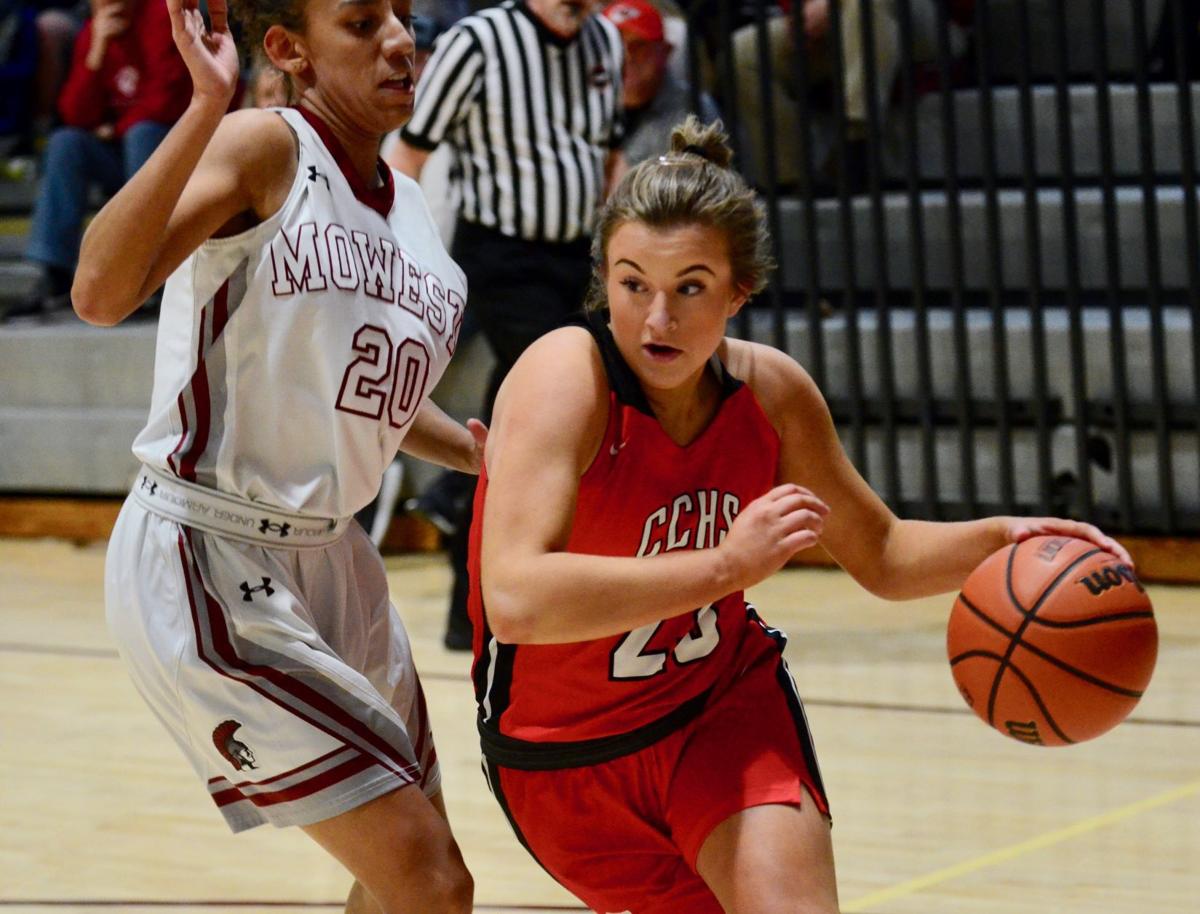 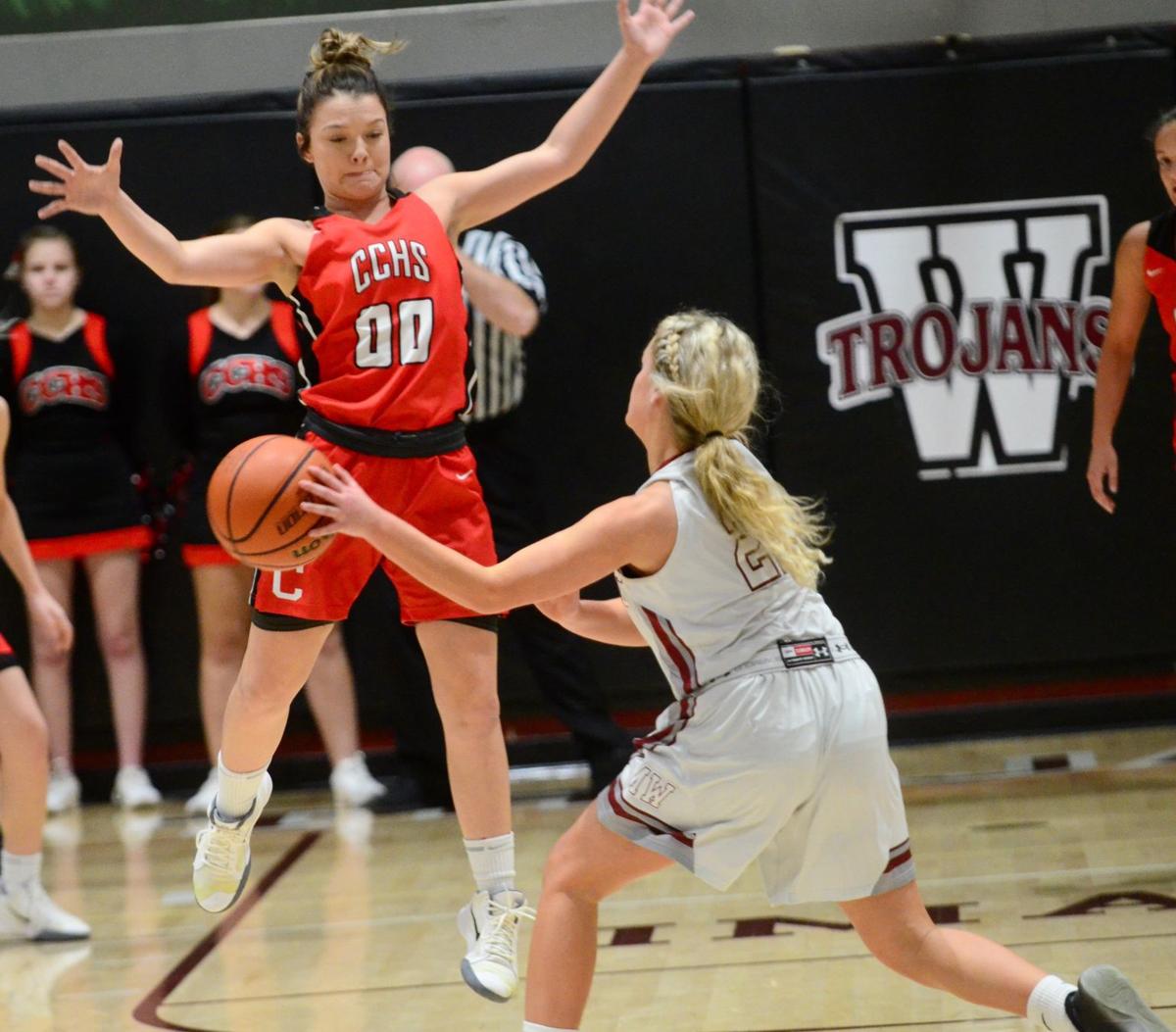 CCHS sophomore Sydney Clevenger gets in the passing lane during Tuesday’s win over Morristown West.

CCHS sophomore Sydney Clevenger gets in the passing lane during Tuesday’s win over Morristown West.

MORRISTOWN—Two milestones were on the line for the Cocke County High Lady Red on Tuesday night. They walked away with both in hand.

The Lady Red’s unbeaten streak to start the 2020 half of the season’s schedule continued on Tuesday, as they topped Morristown West for a 55-52 victory in overtime.

“Another great win for our program,” CCHS coach Jeremy Byrd said. “Morristown West is a big rival of ours that’s traditionally gotten the best of us. This is my first win in this building, so that’s special too. This win was all our girls, though. They found a way to pull this one out.”

The win was so much more than keeping a streak alive, but was also about breaking one in the process.

With the victory, Cocke County (13-8, 6-3 District 2-AAA) secured the program’s first regular season sweep over Morristown West (10-9, 5-3 District 2-AAA) since the 2007-08 season. It was not only a history-making moment, but one that could carry large dividends into the upcoming postseason, as the Lady Red are now locked in a tie for second place in the District 2-AAA standings.

“This win is huge,” Byrd said. “We’ve reached a lot of milestones to this point in the season, but we still have work to do. But to come in here to get a win like this is special. I’ve had a lot of teams, and I’ve loved every team I’ve had, but there’s something about this group that makes them very special.”

Late in the fourth the Lady Red trailed 44-37. A win looked improbable, but back-to-back buckets from Jaylen Cofield gave them new life. Morristown West led 46-44 with just under a minute to play, but fouled CCHS senior Heavan Baxter and sent her to the line for the tying free-throws.

Baxter converted — tying the game at 46-all — but the Lady Red got a chance at the win. Forcing a turnover on the ensuing Lady Trojans’ possession, Cocke County was allowed to hold for the final shot at the win.

Working down the clock, the Lady Red were struggling to find an opening to get a shot off. Byrd fired a timeout, but just as he had Cofield emerged open under the basket with the ball.

“Very relieved that didn’t come back to bite us,” Byrd said. “With 10 seconds left I looked at the official to call timeout, and as soon as I signaled for it I turned and saw Jaylen catch the pass on the block. We still got a good look, but it obviously would’ve been a better look with Jaylen.”

Byrd drew up a play out of the timeout for Clevenger, but her shot was off the mark and sent the game to overtime.

Morristown West held the first lead of the overtime period, but a 4-point spurt by Cocke County gave it a 50-48 lead midway through the extra period. The Lady Trojans fought back to tie the game with a minute to play, but Gracie Gregg broke the stalemate with a pair of makes from the line with 44 seconds left.

Cocke County extended the lead to three with 19 seconds left, but a turnover allowed the Lady Trojans to get back within one with 12 ticks remaining. Clevenger was able to put the game away, though, sinking two more from the line with six seconds remaining to secure the 3-point win.

“We just stayed calm as a group,” Byrd said. “I wasn’t on the sideline bouncing around and putting pressure on them. We stayed positive with each other and I think our girls fed off that. They went out and made things happen, and now the rest is history.”

Cocke County had four reach double figures in the victory. Camryn Halcomb led the team with 18 points. Clevenger, Baxter and Cofield each finished with 10. Morristown West’s Nina Lovelace led all scorers with 29, and nearly pulled out the win for the Lady Trojans by knocking down five of the team’s seven 3-pointers.

Morristown West led early after burying the first of three makes from long range it would have in the opening period, but Cocke County pushed back to take a 7-4 lead with just over 2:30 left in the first. The Lady Trojans sunk back-to-back 3’s to reclaim the lead at 10-7 with less than two minutes to play, but Halcomb, who already had five points, knocked down back-to-back shots to put the Lady Red back on top 12-10.

Heavan Baxter sunk her second shot of the game to make it a 14-10 CCHS lead at the end of the first.

Cocke County extended its lead to an 18-13 advantage midway through the frame before West would sink another shot from behind the arc to cut its deficit to two.

Turnovers became the Lady Red’s biggest nemesis in the first half. They turned the ball over 11 times, many of which due to Morristown West’s aggressiveness on defense by pressuring the ball and getting hands into passing lanes.

Fortunately for the Lady Red, their defense was enough to hold the Lady Trojans scoreless for the rest of the half to preserve their 18-16 lead going into the half.

Morristown West tied the game on three separate occasions in the first four minutes of the third, but couldn’t quite take the lead away from CCHS. Halcomb, who was scoreless through the second — and most of the third — quarter helped keep the Lady Red on top with five quick points to put them ahead 29-24 with three minutes left in the third.

West would still get the better of Cocke County in the final moments of the period, as they finished the frame on a 7-2 run to tie the game at 31-all going into the fourth.

Early in the fourth, the Lady Trojans held their first lead since the late moments of the first quarter after Lovelace buried her fifth trey of the night with seven minutes remaining. That make led to an 8-2 run — a 15-4 run since the final minutes of the third — to give them a 39-33 advantage with five minutes remaining.

Cocke County battled back to close the gap, but the Lady Trojans continued to have an answer until they hit a wall in the final minutes with a 44-37 lead. The Lady Red were able to close the fourth on a 9-2 run to send the game to overtime, as they went on to pull off the come from behind win.

“I’m just thankful we were able to pull this one out,” Byrd said. “Getting this win was huge for so many reasons, but really helps us in the district standings. We still have things we have to clean up, but this win can help us out a lot over the next few weeks.”

The Lady Red will remain in league action on Friday by hosting Seymour in a District 2-AAA outing that could hold major implications for the postseason with both teams currently tied for second. That meeting is slated to tip at 6 p.m. at Cocke County High School.