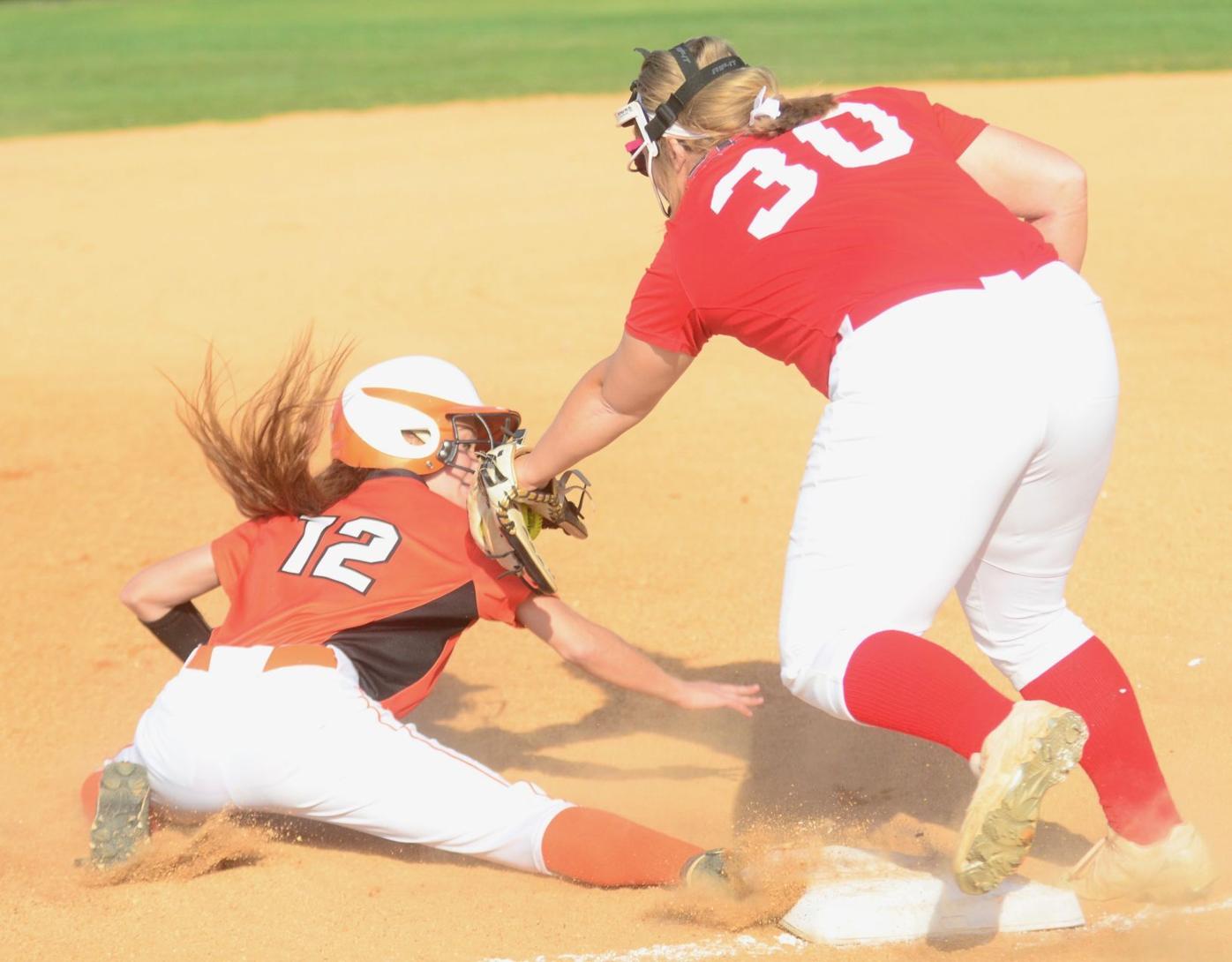 Lady Red senior Ashley Allen attempts to make the tag on a Morristown East runner at third on Tuesday. 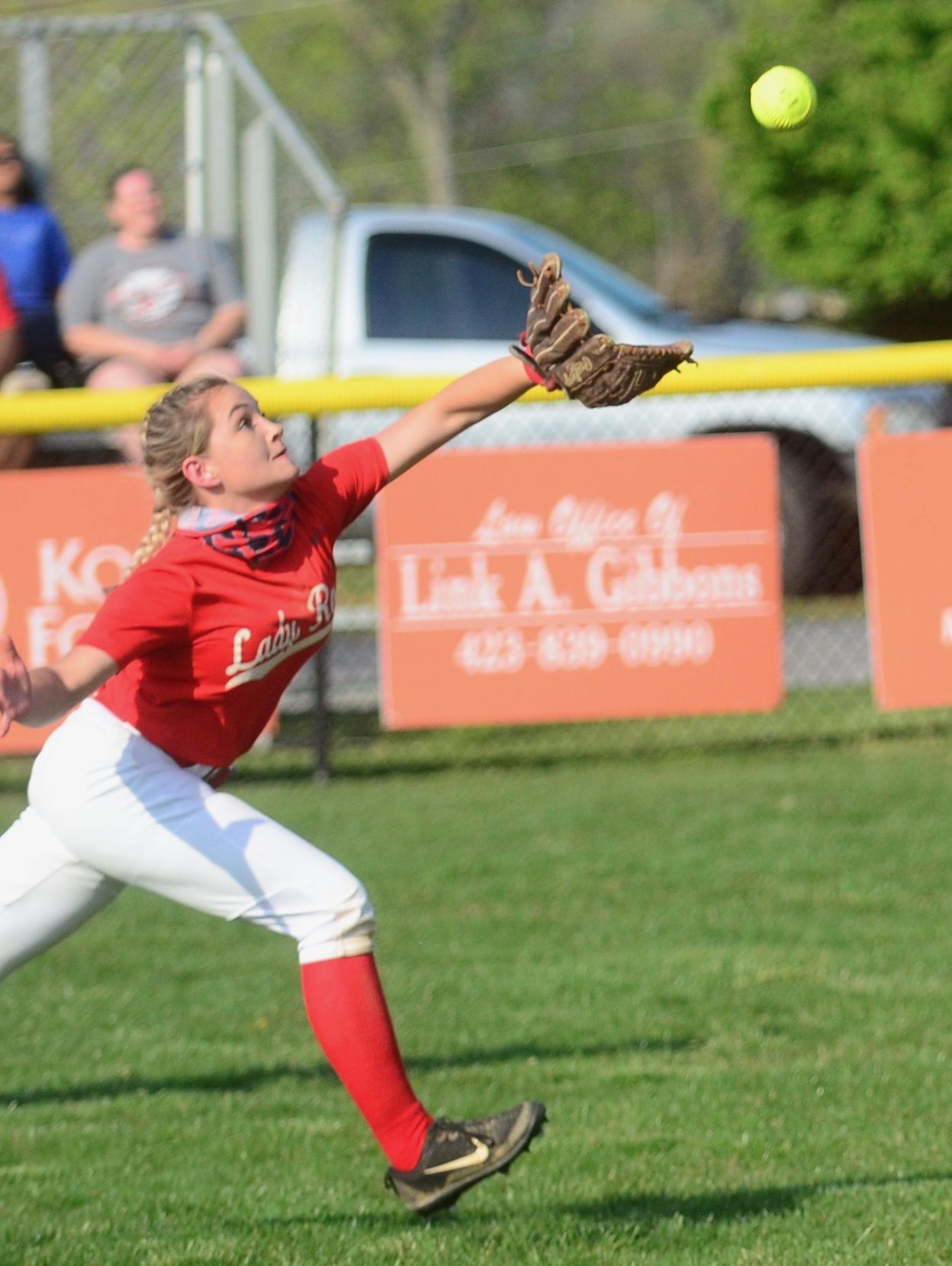 Cocke County senior Kaitlin Bible stretches for an out in the out-field in Tuesday’s loss at Morristown East. 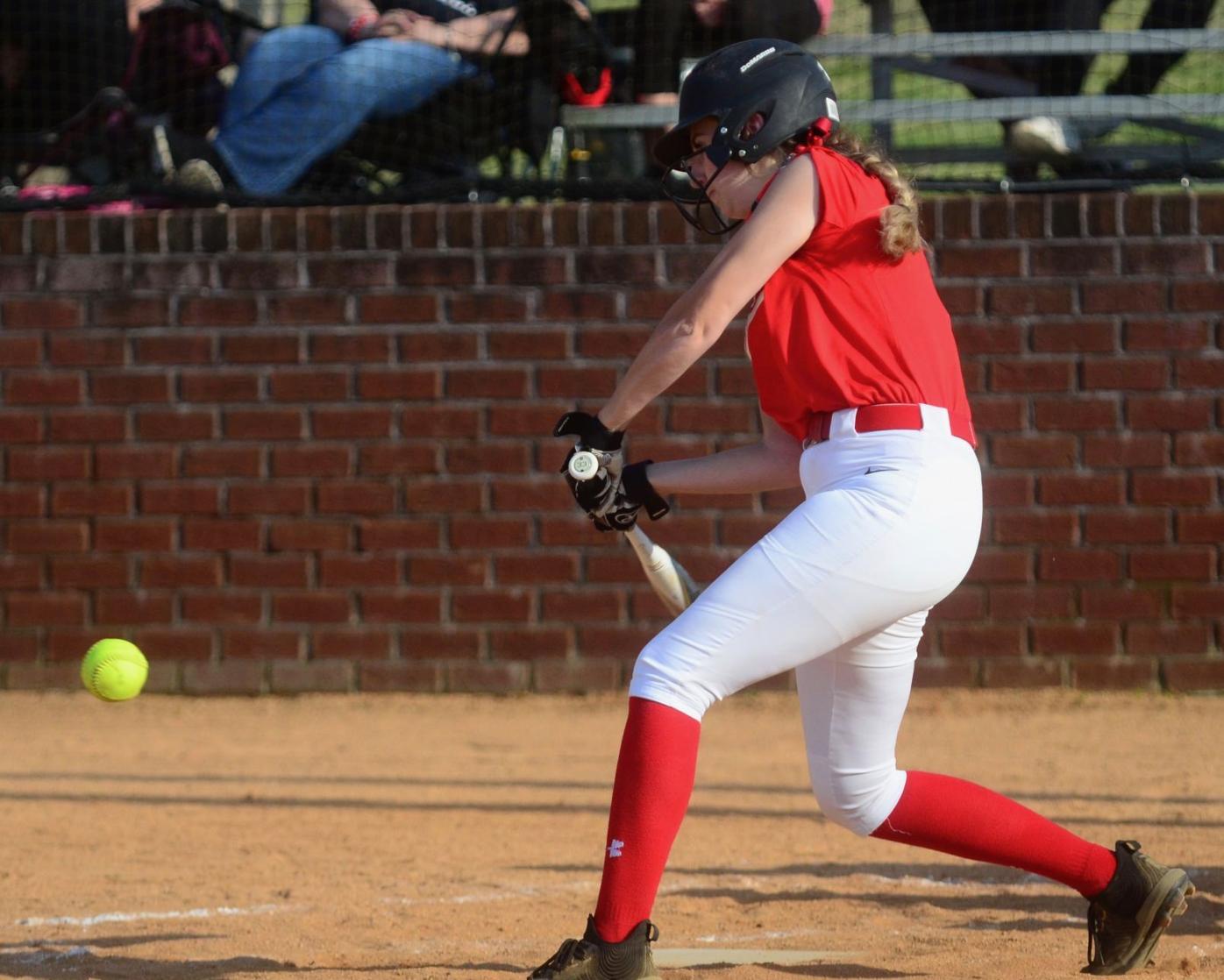 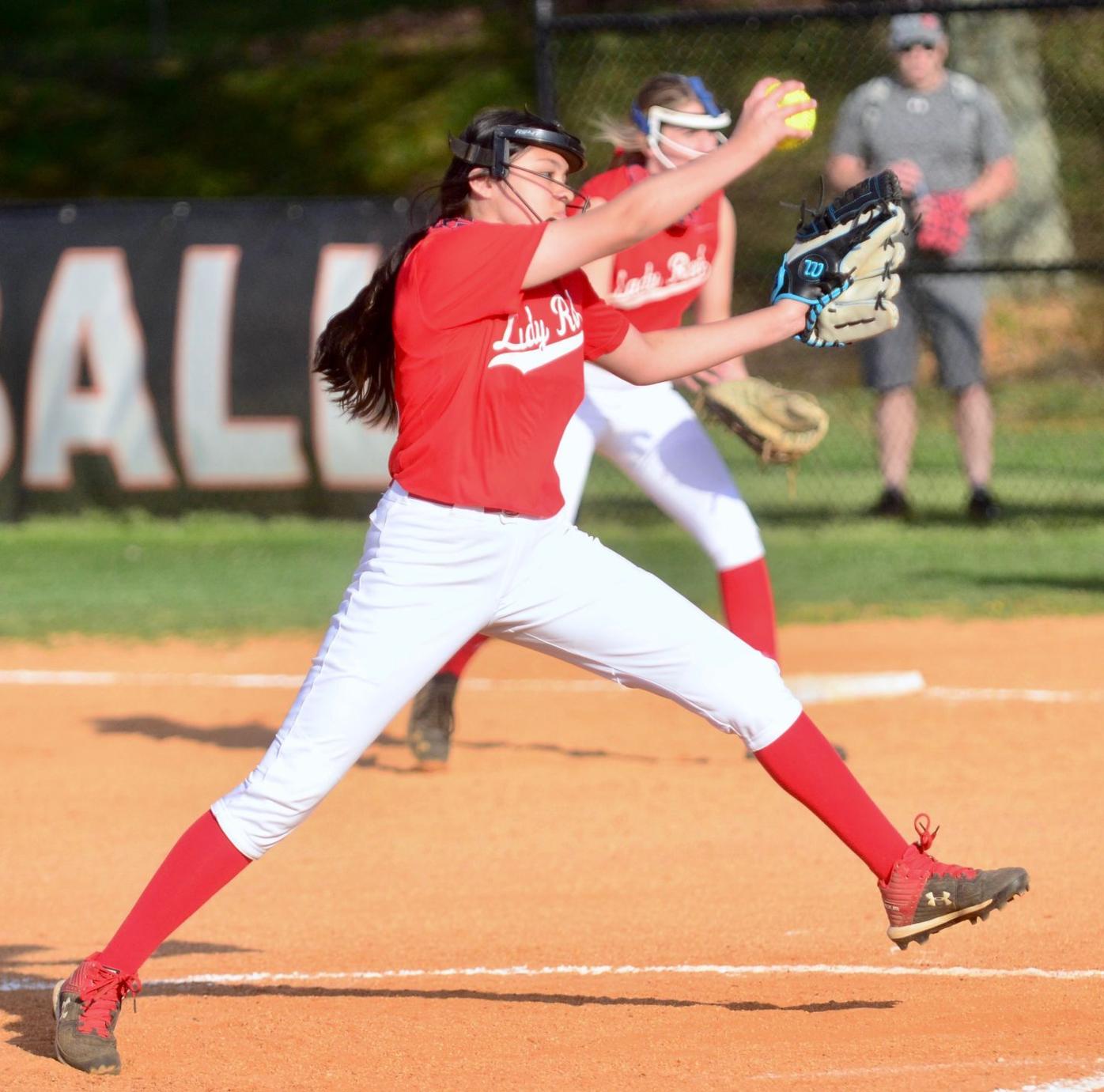 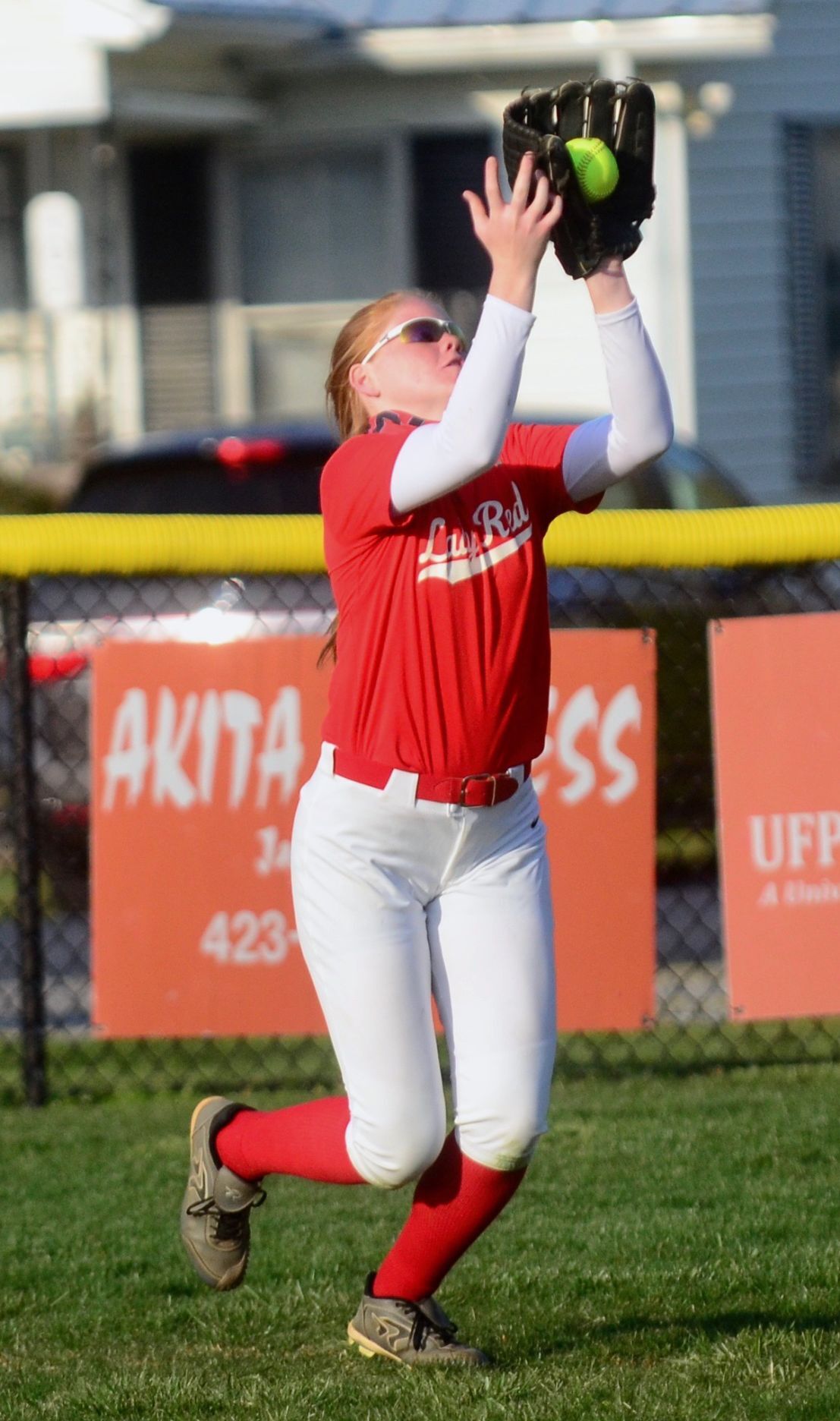 Lady Red sophomore Paige Niethammer fields an out from her center-field position on Tuesday against Morristown East.

Lady Red senior Ashley Allen attempts to make the tag on a Morristown East runner at third on Tuesday.

Cocke County senior Kaitlin Bible stretches for an out in the out-field in Tuesday’s loss at Morristown East.

Lady Red sophomore Paige Niethammer fields an out from her center-field position on Tuesday against Morristown East.

MORRISTOWN—Between untimely fielding errors, and mishaps at the plate and on the bases, Tuesday served as an off outing for the Cocke County Lady Red.

Morristown East bullied its way past Cocke County for a 12-0 victory. The Lady Hurricanes scored nine runs in the third to put the game away after the Lady Red had held them to just three runs total in the other innings played.

Cocke County (4-4, 3-2 District 2-AAA) had three errors total for the game, two of which came in the disastrous third inning.

Both errors allowed Morristown East to load the bases with no outs in the bottom of the third as they held a 2-0 lead. The Lady Red gave up three runs through the next three batters, but two of those scores came on sacrifice fly balls as runners tagged up on plays made by Cocke County's outfield.

An out away from getting out of the inning, CCHS issued a pair of walks that loaded the bases again. Morristown East followed with a pair of doubles and a home run that scored six more runs to take an 11-0 lead into the fourth.

“We’re young. I’ve been saying it all year and I’ll continue to,” Hartsell said. “(In the third) we’re out of a big inning there if we make a play or two. We also left runs of our own out there. But, we made running mistakes. Pop a bunt up with two on and nobody out that goes right into the catcher’s glove, and run into a double play.

“That’s what happens when you get down. You make errors, the other team starts scoring. We’ve got to be able to fight back from that. Have to find a way to not get down on ourselves.”

Cocke County opened the game with a pair of singles to put two runners on in the first. After popping out into a double play on the next at-bat, though, Morristown East worked out of the situation without giving up a run.

Although the day didn't go as hoped for, the Lady Red had a bright spot in senior Kaitlin Bible.

Bible fielded anything close to her from her spot in left field, and atoned for all five outs that were hit in her vicinity on Tuesday.

“I just told my girls I wish my other 15-16 players had the heart (Bible) did,” Hartsell said. “She’s done it game in and game out and at every practice. That kid will go out and make a play on anything near her. She constantly gives it her all.”

Bible also finished with one of the Lady Red's two base knocks on the evening in a 1-for-3 showing at the plate.

With a day in between games, Cocke County will look to work on fixing the mistakes that have plagued it in spots early in the season.

The Lady Red will make a return trip to Hamblen County on Thursday, as they'll be back in the area to face Morristown West.