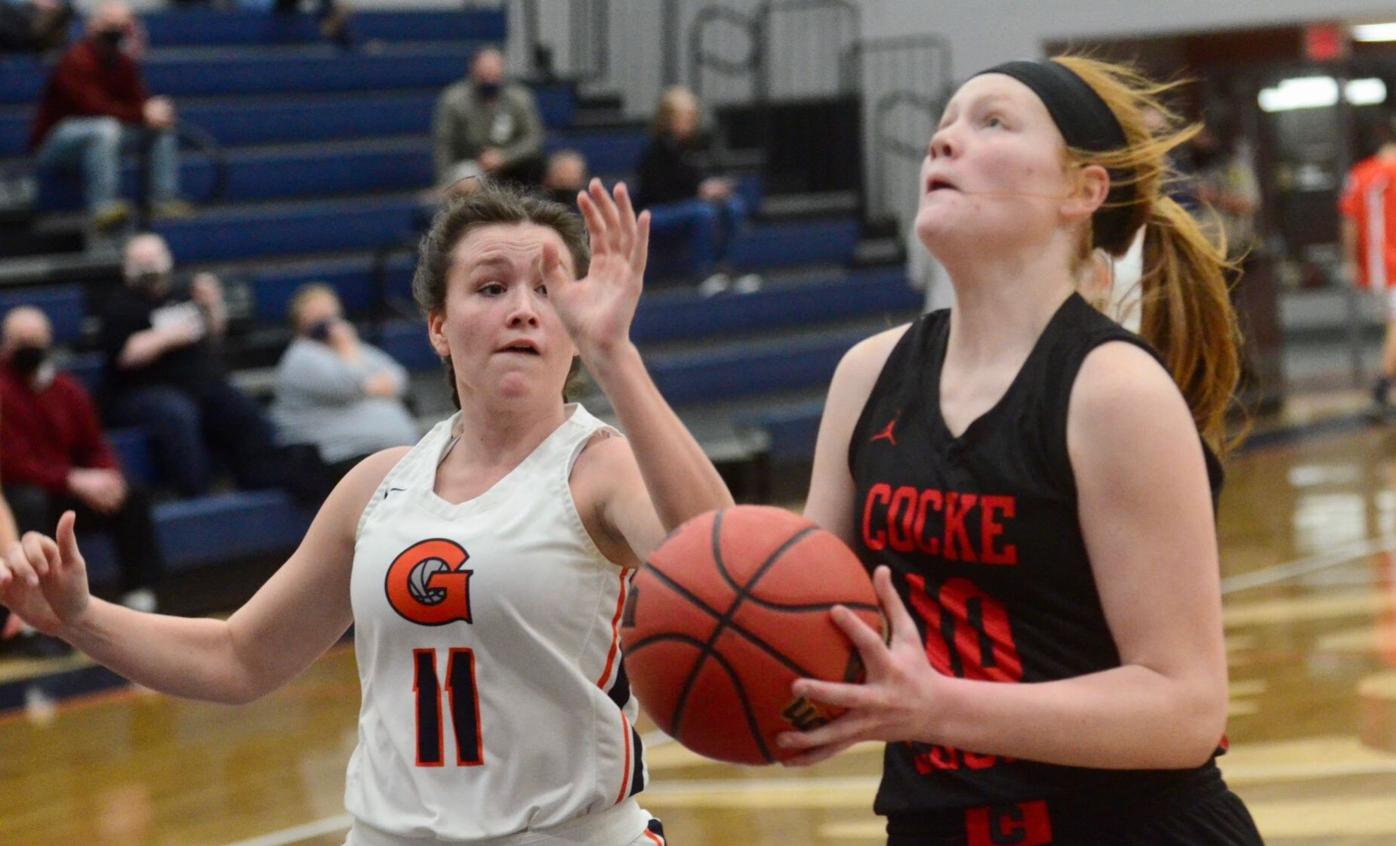 FILE — CCHS sophomore Paige Niethammer goes up for a layup in transition during a Jan. 4, 2021 matchup at Grainger. 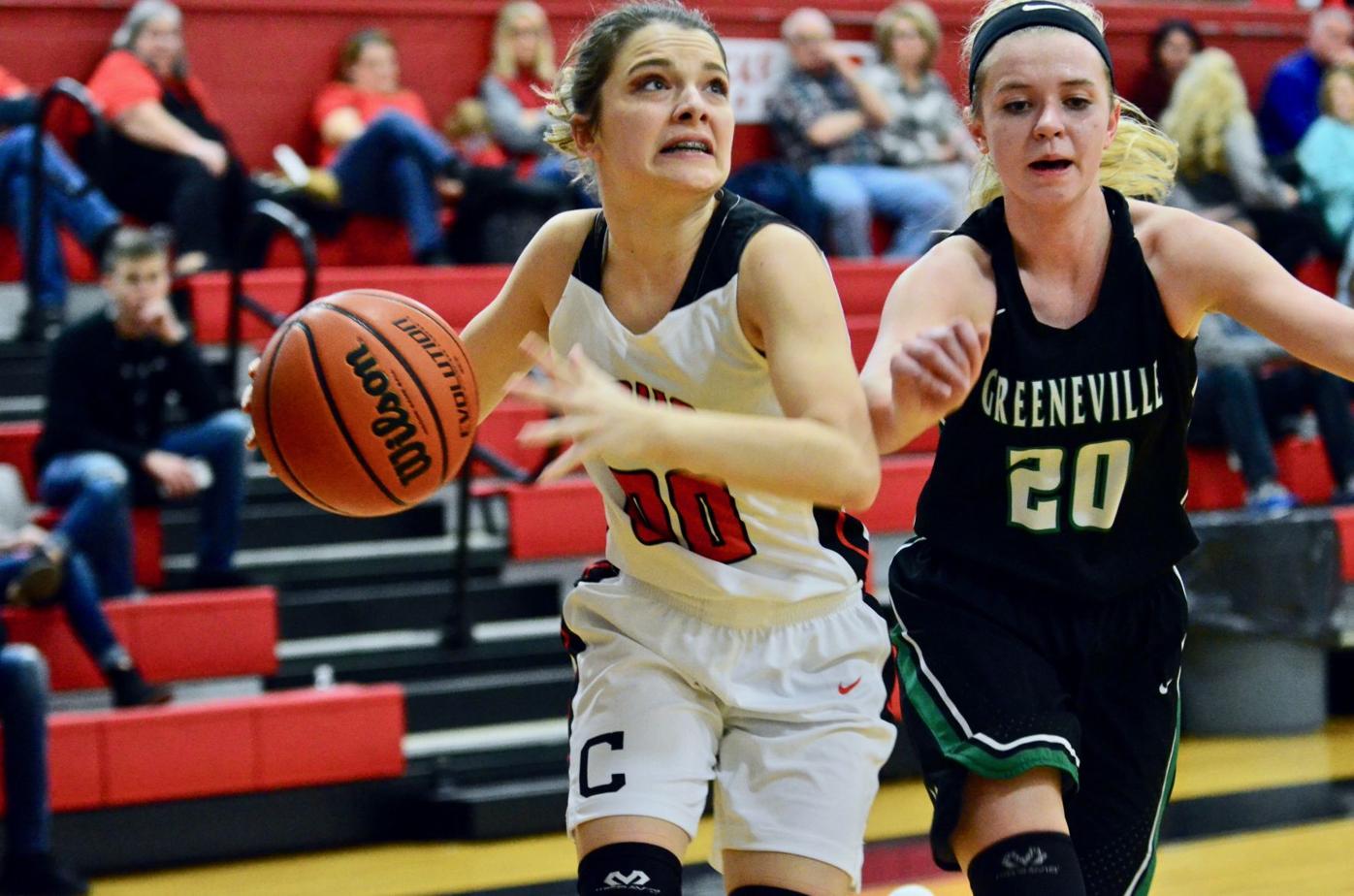 FILE — Cocke County’s Sydney Clevenger drives the baseline during a victory over Greeneville in the 2018-19 season.

FILE — CCHS sophomore Paige Niethammer goes up for a layup in transition during a Jan. 4, 2021 matchup at Grainger.

FILE — Cocke County’s Sydney Clevenger drives the baseline during a victory over Greeneville in the 2018-19 season.

Although the 2020-21 season didn’t quite pan out as they’d hoped, a pair of Cocke County Lady Red starters earn All-District accolades at season’s end for their efforts.

CCHS sophomore Paige Niethammer and junior Sydney Clevenger were named to the All-District 2-AAA team this season, joining a list of All-Star competitors throughout the league.

“Both girls are very deserving of this honor, and we had many others that were deserving, as well,’ Mintz said. “Paige improved greatly from the beginning of the season. She became a dominating player in the second half of the seaosn.

“Sydney was a knockdown shooter who was one of our most consistent scorers all year. I’m excited to have both of them, along with the rest of our roster back next season.”

Also making the list were District 2-AAA Player of the Year Maci Pitner, from Seymour, and eventual district champion members Amanda Clabo and Mackenna Loveday out of Sevier County.

Sevier County’s Jonathan Shultz was named the league’s Coach of the Year.

The 2020-21 season was a productive year for both Clevenger and Niethammer under their first-year head coach.

They each helped guide the team a 4-1 start, which included a bringing home an early piece of hardware at the Hardee’s Classic held at David Crockett High School over the Thanksgiving break.

In a three week span in January, the Lady Red pieced together an 8-win stint in 10 games, including victories over both Morristown programs, as well as longtime rival and their former coach, Jeremy Byrd, with an overtime win over Jefferson County.

Cocke County went into the postseason as the No. 4 seed in District 2-AAA, leaving them in a quarterfinal matchup against a Morristown West team it had beaten twice already in the regular season. The Lady Trojans got the better of CCHS the third time around, though, bringing its season to and end with a 15-12 record.