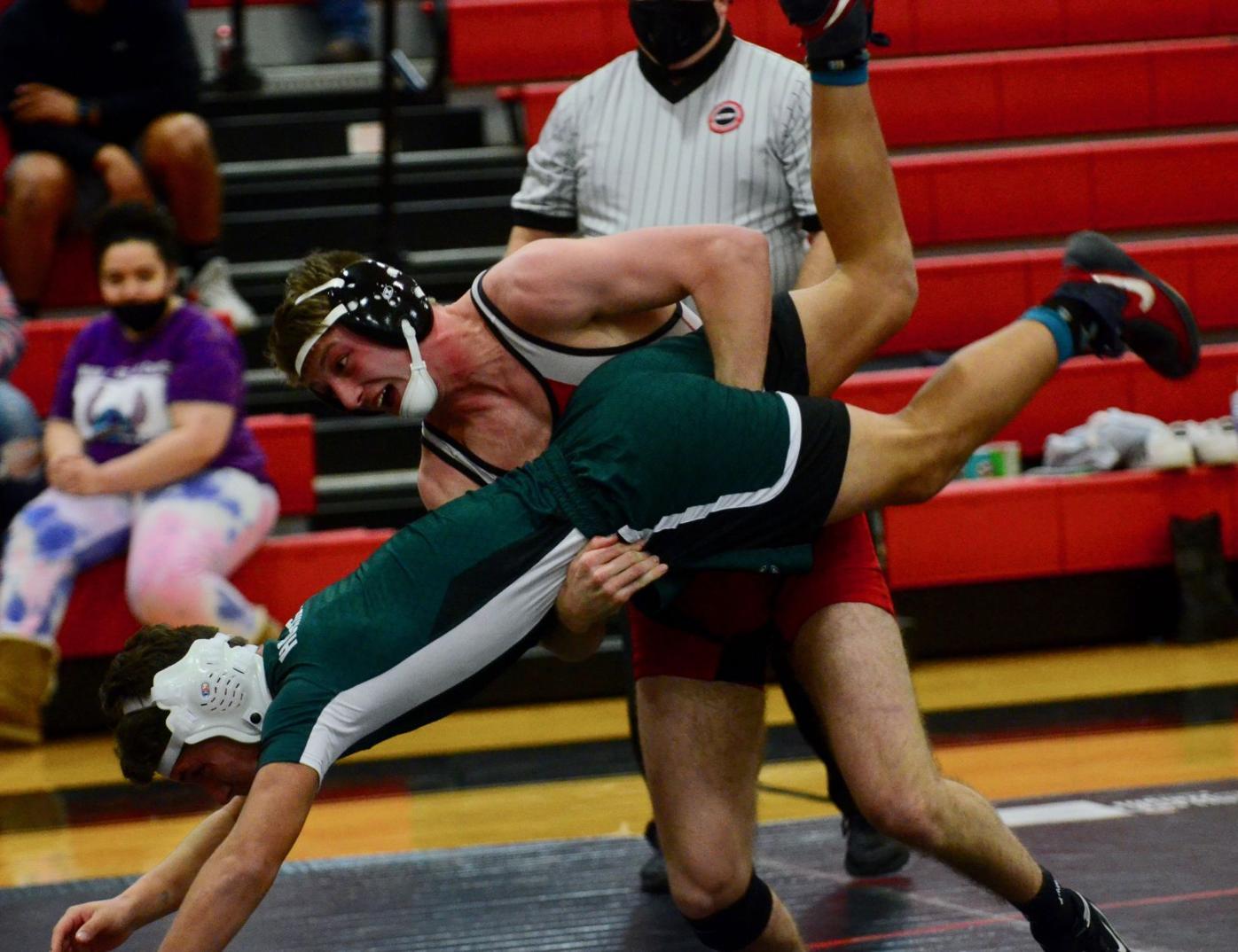 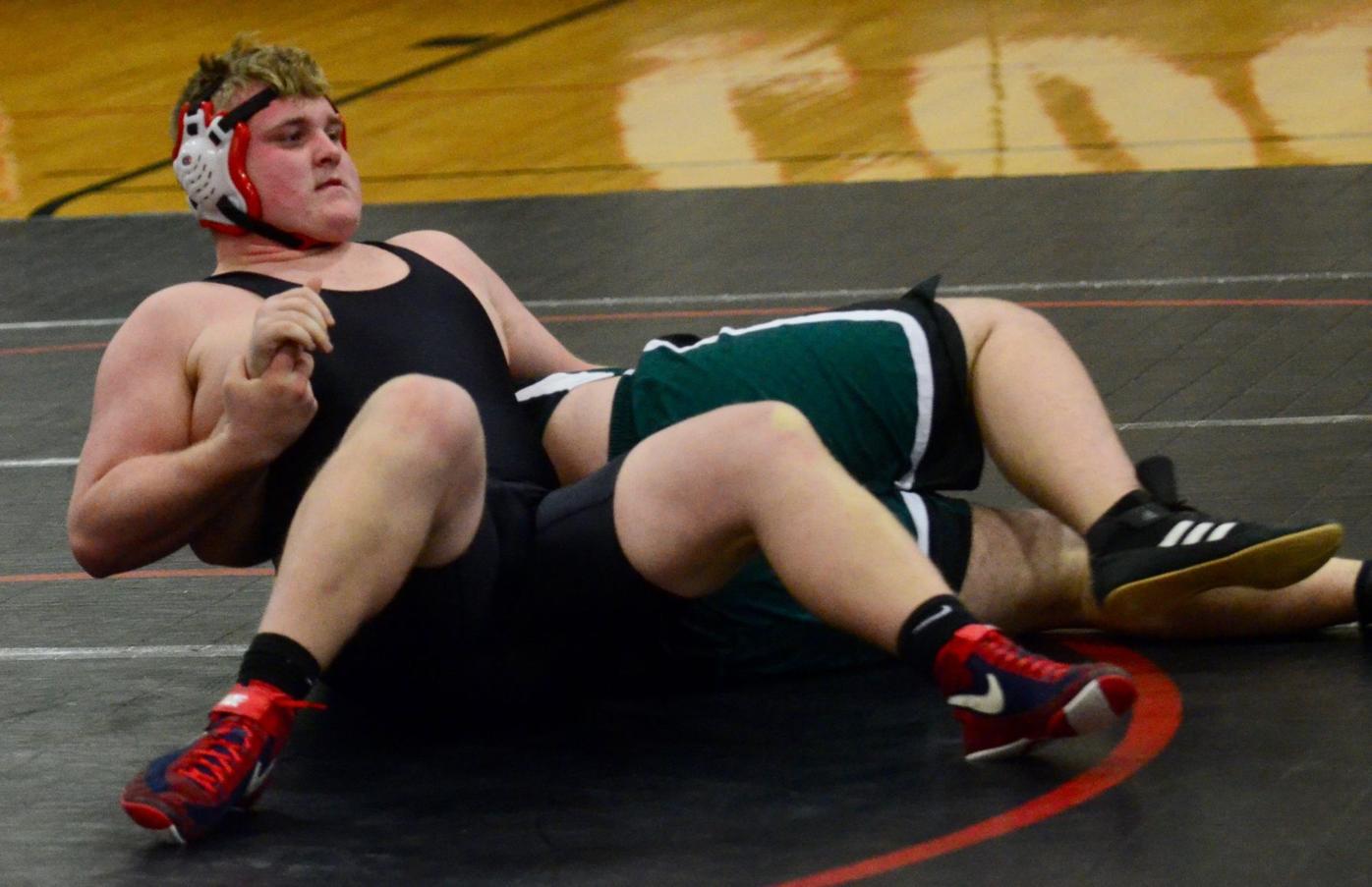 CCHS senior Jacob King works in a hold on a Carter wrestler during Tuesday’s match. 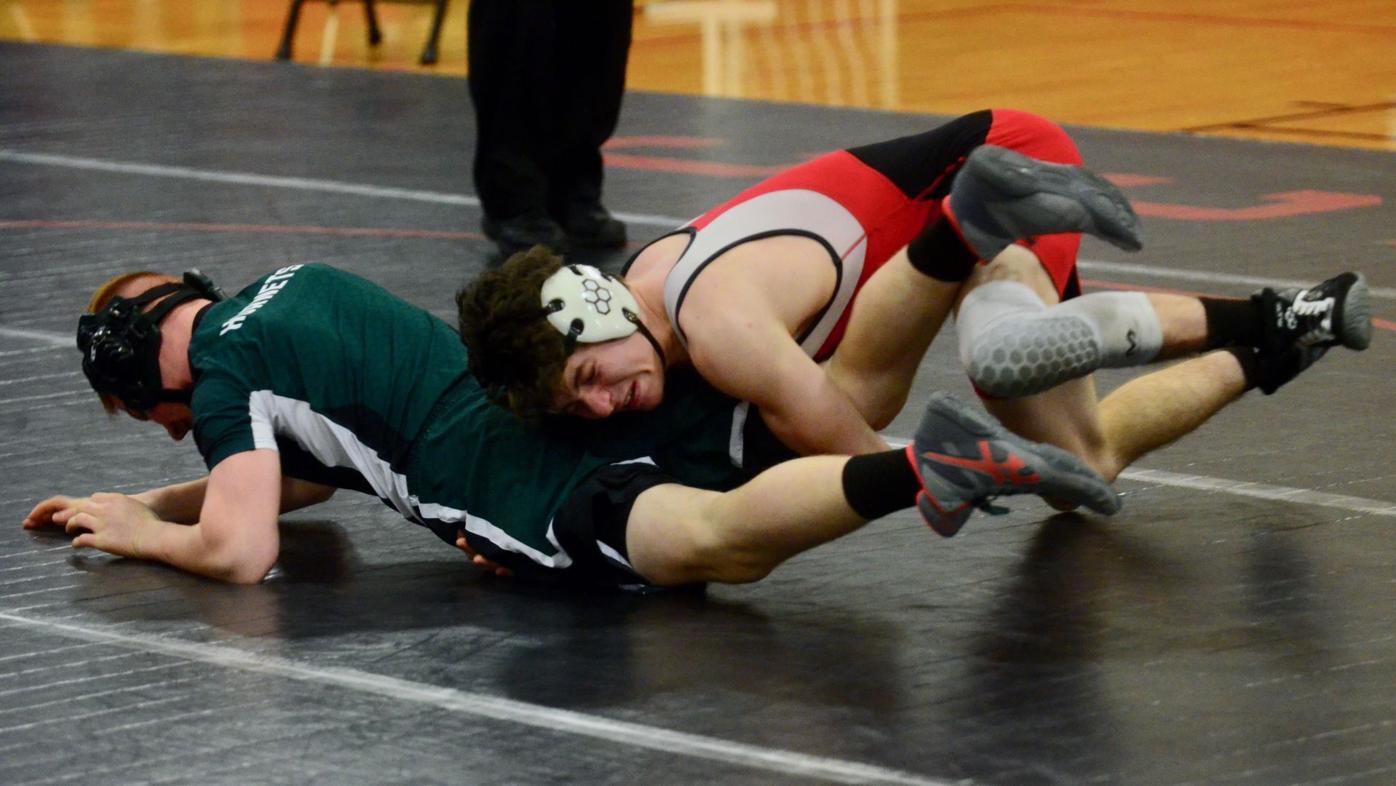 CCHS junior Dylan Winchell scores a takedown on his Carter opponent on Tuesday.

CCHS senior Jacob King works in a hold on a Carter wrestler during Tuesday’s match.

CCHS junior Dylan Winchell scores a takedown on his Carter opponent on Tuesday.

NEWPORT—Cocke County wrestling assistant coach Victor Shults has been around the program for a long time.

An alumnus of the program, Shults wrestled all four years for CCHS before joining head coach Randy West’s staff three years ago. Through that time, he’s seen some of the best and worst moments the program has gone through over the years.

Tuesday night was one of the brighter moments for Cocke County wrestling, as its boys’ team took down Carter and Chuckey-Doak in its first tri-match since the holiday break.

“We had members step up and pick up a couple of wins to help us towards a team win tonight,” Shults said. “Overall you can’t really complain. This program has come a long way over the last few years, but we still have progress we can make.”

While Cocke County picked up pins in the event, Carter and Chuckey-Doak each suffered forfeits across multiple weight classes, an area CCHS has been all too familiar with in years past.

That’s not the case for the 2020-21 season, though. While Cocke County’s program doesn’t have a full compliment of members this season, it’s received a renewed interest and boasts a roster larger than it has in many previous seasons.

A large reasoning for its rejuvenated roster has been due to the work that’s been put in outside the gym and away from the mat.

“We’ve been building the middle school program back up, which is something we’ve been working towards for many years now,” Shults said. “It’s a collaborative effort we have with schools in Morristown. Having kids move up from middle school to high school and come out has been a huge help in keeping interest in the sport.

“A lot of kids don’t even realize we have this sport here at Cocke County. In that regard it’s still a fairly new sport. It’s finally starting to come around, though, and we’ve got kids that are sticking around for 5-6 years, which has helped a whole lot.”

That work has largely paid off. And as a result, the program is seeing greater success from a group standpoint.

Tuesday night marked the team’s fourth victory of the season, a big step up from the last few years.

Went to one tourney. Jacob King placed 2nd in his weight class. Dylan Winchell placed 3rd in his. Did better than in years past in team aspect (had enough kids to compete to not have so many forfeits).

“In years past we’d show up and maybe have one kid be competitive, but not really have a team showing because we had so many weight classes without a competitor,” Shults said. “Having more kids come out and a renewed interest in the sport, we’re competing better as a team.

“We’ve finally got kids that are rolling into the program and sticking it out, and that progress is beginning to show for us.”

Leading the program are senior Jacob King and junior Dylan Winchell, who recently transferred into the program during the fall.

King has been a mainstay with the CCHS wrestling program over the years. He had a breakout year during his junior season, and finished just one victory away from earning a spot at the state tournament.

Eager to get back, he’s been off to a great start in his swan song season with Cocke County.

“Jacob is a team first guy,” Shults said. “He’s really stepped into his role of being a senior and a leader for the program. He’s usually one of the kids you take to a tournament that everyone is dreading having to face. We’re hopeful of his chances to finish out the year and qualify for the state tournament.”

Winchell has been a pleasant addition to CCHS, and has bolstered its efforts from a team standpoint while holding his own as individual wrestler in the 132-pound weight class.

“(Winchell) has stepped in and taken a role in helping the younger members of our team learn,” Shults said. “He’s obviously good at his craft, and the fact he doesn’t care to share his knowledge with the younger members is a huge benefit for their development. He’s been wrestling since he was 4 or 5 years old, which goes a long way in this sport.”

Tuesday night was just a small showcase of the team’s improvement, but Shults still has larger goals set for not just the remainder of the season, but the years to come.

“My hope is to continue to pick up some wins here and there, as a team,” Shults said. “Forfeits don’t occur as often, but we still give up some in matches. Most of the teams in our conference have full teams, and that’s what we’re working towards, but most encouraging to me is how we’re more competitive now, despite our smaller numbers.”