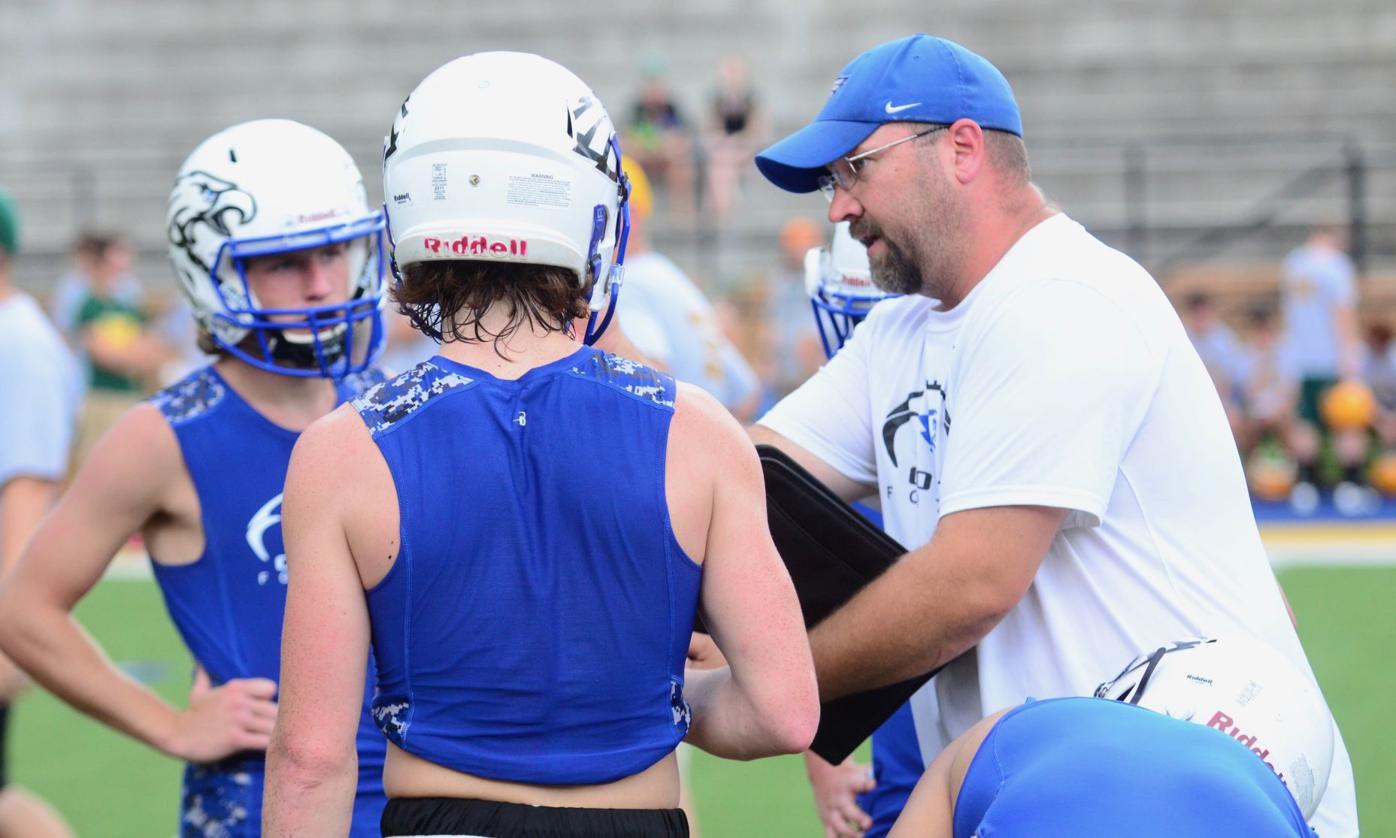 FILE — Cosby Eagles coach Kevin Hall addresses his offense during a 7-on-7 scrimmage at Rocky Top Sports World in July of 2019. 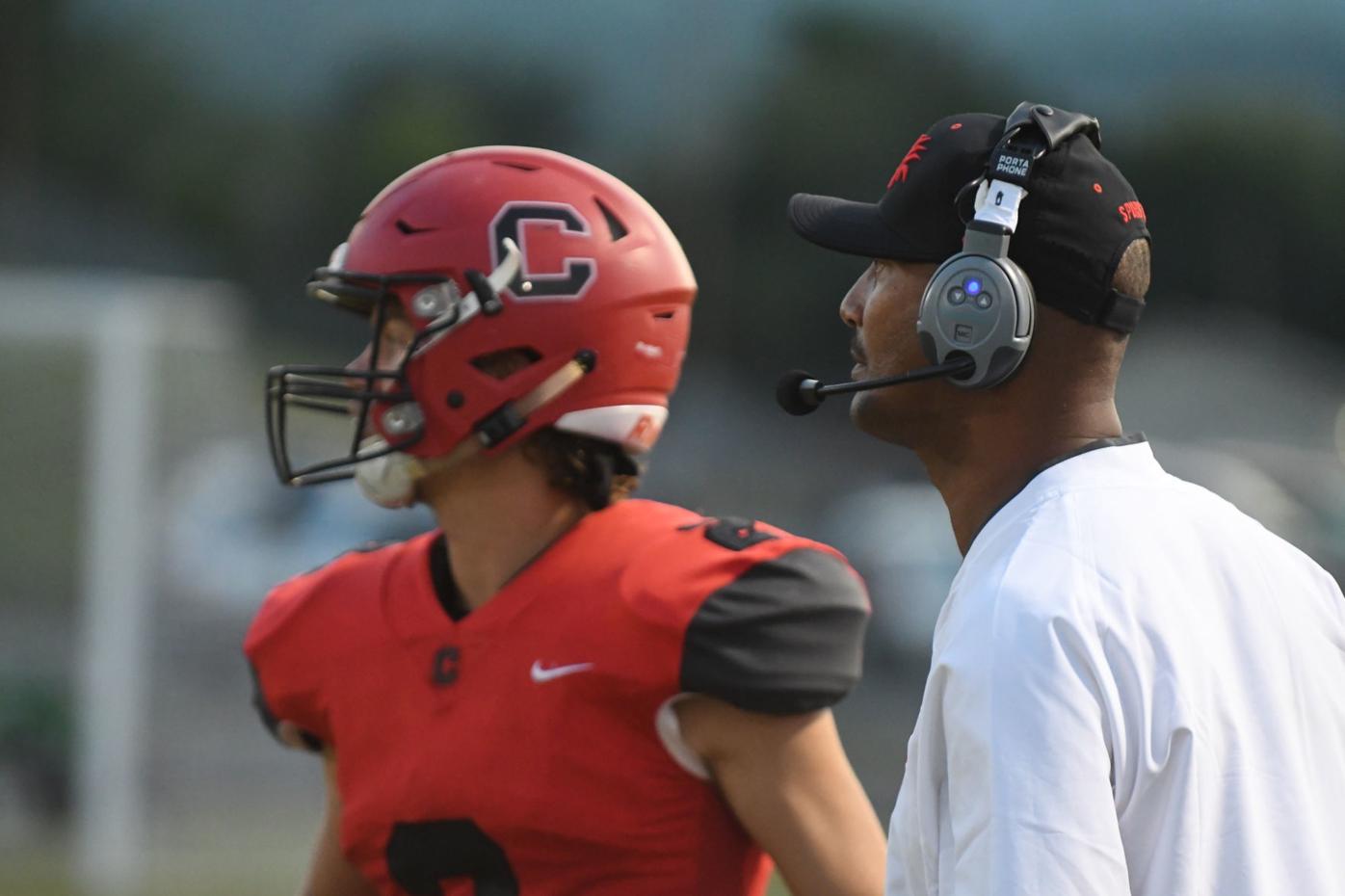 FILE — CCHS coach Scotty Dykes (right) sends quarterback Tyler Venerable back to the huddle with a play-call during Cocke County’s week four matchup with Gatlinburg-Pittman in 2019.

FILE — Cosby Eagles coach Kevin Hall addresses his offense during a 7-on-7 scrimmage at Rocky Top Sports World in July of 2019.

FILE — CCHS coach Scotty Dykes (right) sends quarterback Tyler Venerable back to the huddle with a play-call during Cocke County’s week four matchup with Gatlinburg-Pittman in 2019.

To say Gov. Bill Lee’s executive order to extend Tennessee’s state of emergency to late August was a surprise would be a huge understatement.

Perhaps most caught off guard was the TSSAA the schools throughout the state it governs.

On Tuesday, Gov. Lee signed an executive order to extend the current state of emergency through Aug. 29. The significance of that, as far as the TSSAA is concerned, is that would take up the first two scheduled weeks of competitions for high school athletics.

Not all fall sports would be affected, though. Golf, cross-country and volleyball would be allowed to remain on schedule, so long as students have returned to classes by the start of their seasons. Being contact sports, football and girls’ soccer are the sports that would fall into jeopardy as far as when their seasons could begin.

“Based on the extension of the Governor’s order, football and girls’ soccer cannot begin their seasons as originally scheduled,” TSSAA Executive Director Bernard Childress said. “We are in the process of developing regular season and postseason options to present to the TSSAA Board of Control for their consideration. The Board will ultimately make the decision as to how this will impact the postseason and if any adjustments can be made to regular season competition.”

Shortly after the governor’s order, the TSSAA Board of Control — which was already scheduled to meet on Wednesday — added an item to its agenda to discuss possibilities on getting the two contact sports started in a timely manner, and how they would have to proceed with number of games, postseasons and championships for the 2020 season.

As far as football goes, four options were presented to the board to decide between for the 2020 season, even though the TSSAA is working with the governor’s office to get high school athletics included in the exemption of the state of emergency order along with collegiate and professional sports.

For local high school coaches Scotty Dykes (Cocke County) and Kevin Hall (Cosby) their are mixed feelings on the type of season they would like to see, which is the dilemma the TSSAA will have to sort out amongst all of its member coaches throughout the state.

While Dykes prefers a full playoff format, Hall would rather get in the maximum amount of games while still having a postseason to determine state champions.

“As they listed them, I would rather have a more normal playoff setting,” Dykes said.

“I’d rather have eight or nine games with a condensed playoff,” Hall countered. “Until they decide something for sure, I’m ok with what they want us to do for now. But I’m ok with any of them as long as we get to play. Just let us get a season in somehow.”

The extended state of emergency also has implications on preseason activities, as teams won’t be allowed to participate in 7-on-7 competitions are entertain other teams for scrimmages, as things stand.

“Losing scrimmages would be a huge hit for us,” Hall said. “Especially if we have to open the season against a team that has twice as many kids dressed out as we do. For schools like us it’s nearly impossible to set up a good inter-squad scrimmage that would prepare you for the season.”

Dykes and Hall found agreement on this issue. Even though Cocke County has a larger enrollment, which typically leads to a greater number of kids participating, the idea of losing preseason scrimmages would be a hit for CCHS.

“I hate losing both (7-on-7 and scrimmages),” Dykes said. “We like to use 7-on-7 to give everyone a good opportunity to work on the passing game on both sides of the ball. Not being able to scrimmage would be a huge loss, though.

“Hopefully, depending on how this all lays out, we’ll get at least one scrimmage to use as a preseason tune-up.”

The next step for the TSSAA will be in the coming week, as the Board of Control is set to meet again on Wednesday discuss and come up with an option for football to proceed forward heading into this fall.