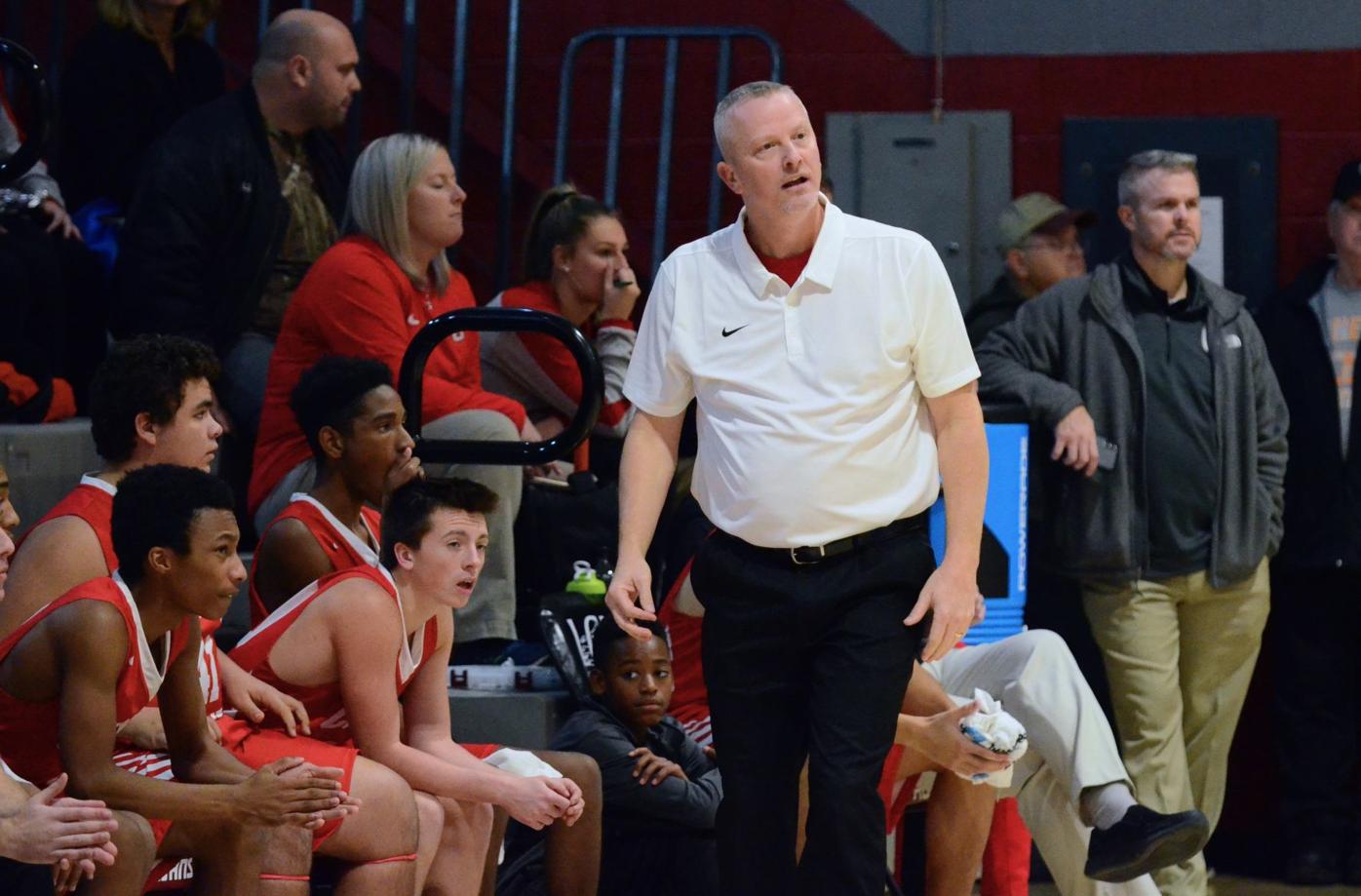 FILE — Ray Evans paces the sidelines during a Cocke County road game at Morristown West during the 2018-19 season. 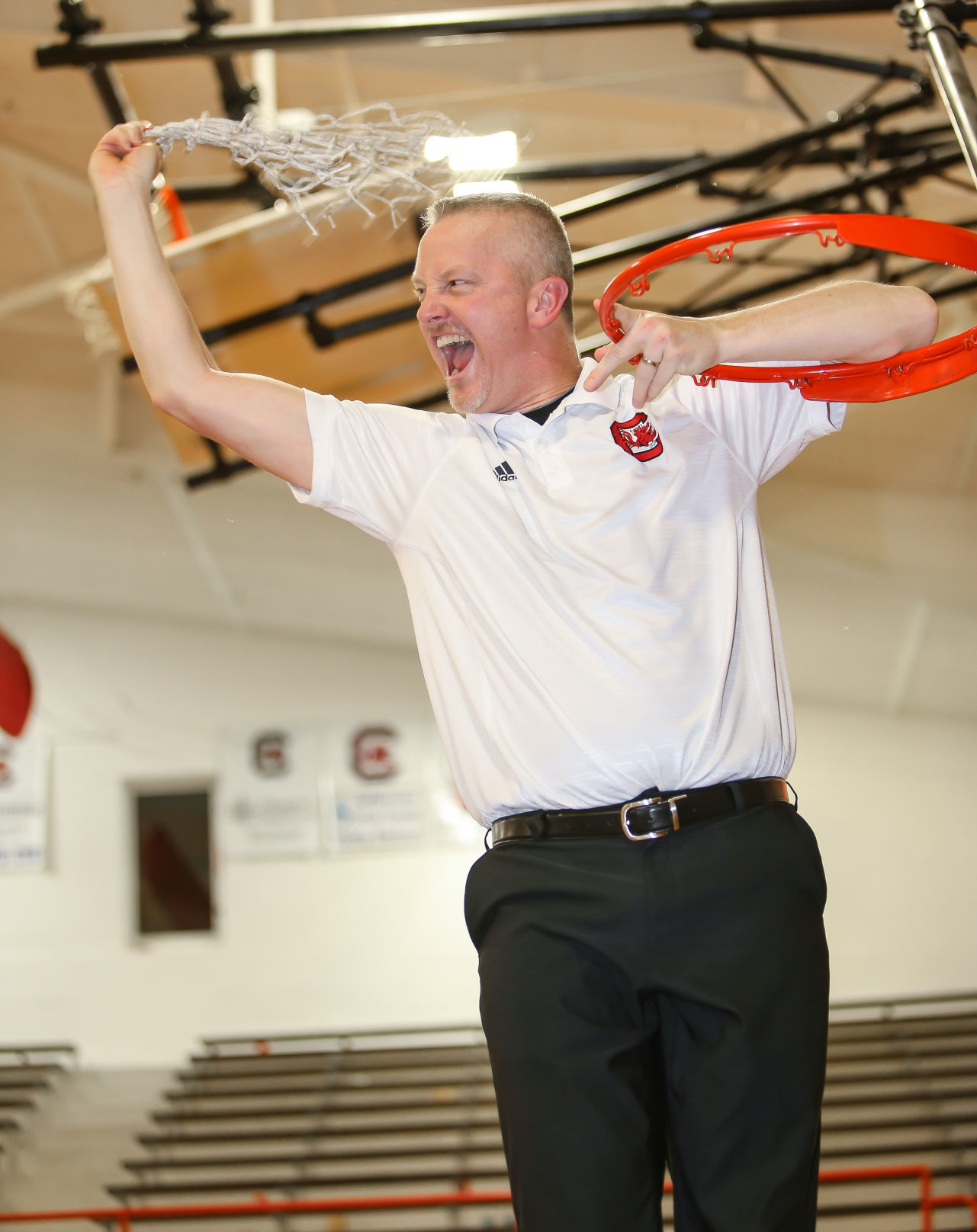 FILE — Ray Evans paces the sidelines during a Cocke County road game at Morristown West during the 2018-19 season.

NEWPORT—It’s never easy to walk away from what you love.

But when it’s time, it’s time.

“I was initially shocked at coach Evans’ decision to resign,” CCHS athletics director A.C. Willis said. “However, once he explained his reasoning it made sense. Family is important and our coaches sacrifice a lot of time to instruct our student-athletes.”

With Evans stepping down, longtime assistant Casey Ragan will assume the role of the team’s interim head coach until a permanent replacement is named.

Evans leaves behind a coaching career where he saw Cocke County through two district titles and 217 victories. Evans’ two district championship wins came nearly a decade apart, as he secured his first 2008 and brought in the program’s most recent crown in 2017.

Thursday’s decision to resign wasn’t necessarily an unplanned venture for Evans. With two sons growing up he’s sought more time with his family. While he didn’t know at the time he had coached his last game in the 2020 District 2-AAA tournament, in the months shortly after he realized that the time was now.

“The plan for some years has been that when my boys got to the age that they are about to get in high school that I’d give up coaching and go watch them play,” Evans said. “During this time off we’ve spent a lot of time together. Time that I’ve cherished. This whole thing has made me realize how precious this time can be, and that helped lead to this decision a year before I originally planned.”

Evans’ run as the Fighting Cocks’ head coach was one filled with accomplishments and highlight moments. While he cherishes those still to this day, it’s the relationships he’s built and the memories he’s made that he’ll carry with him into life beyond coaching.

“The championships we won during my time here were special,” Evans said. “Those were some talented teams and great groups to be a part of. What’s been most special has been the moments after the announcement. Getting to hear from the kids and hearing their support. Life’s more than just basketball. I’ll always cherish my time here and cherish the game, but there’s more to life than this sport and that’s what I’m looking forward to enjoying now.”

With Evans’ resignation in hand, Willis will spend his second spring in a row searching for a replacement to lead one of the school’s major athletic programs.

Last year Willis and the CCHS administration hired Scotty Dykes to replace Caleb Slover as the school’s head football coach. Going through that process once before would likely make this time around a little easier. But given the current restraints on communication during these uncertain times due to the current COVID-19 pandemic, the process won’t be as black and white as it was before.

“It is definitely a challenge to replace a coach in any sport,” Willis said. “This year’s challenge will be different than last year. We are going to have to be creative during the interview process in order to follow CDC guidelines. The coaching search last year will definitely make this year’s process easier. Luckily we have a little more time this year but would like to be as expedient as possible.”

While Ragan has been named the interim coach, Willis went on to note that the search will be completely open until a permanent replacement is named.

“The coaching search will be open and fair,” Willis said. “There is a lot of basketball talent in our county.”

Ragan played for Cocke County High School from 2006-2010. He first became an assistant for his former head coach, Evans, as a volunteer in 2014 before being given a paid role on the staff in 2015. He’s remained on staff ever since, and has already gained varsity head coaching experience in an interim role in a limited number of games in recent years.

“Casey’s understanding of the game is unmatched,” Evans said. “I think he would make a great leader for the program.. He’s been around for years and knows the ins and outs of how the game works at this level. He’s someone that’s more than ready for the opportunity, and should he be promoted from the interim spot I think he’ll do a great job.”